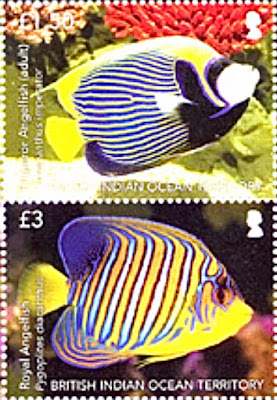 🇮🇴 Regardless of what the officials of the Universal Postal Union and Mauritian politicians who wish to ban BIOT stamps might think, the service which provides postal services to the two or three thousand civilians working on Diego Garcia in the British Indian Ocean Territory issued a new miniature sheet containing 6 different stamps on 8 June 2021 on the subject of Angelfish. This is a colourful and relevant issue but I do wish the total face value of the set was slightly lower though its price is not really any higher than issues released by Royal Mail or the British offshore islands and the number of BIOT issues per year is considerably smaller and usually totals just two or three. Rating:- ****. 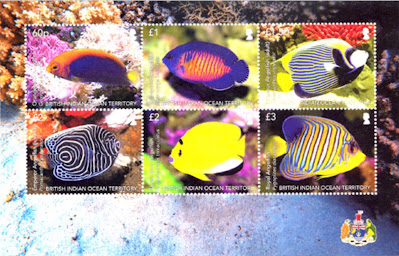 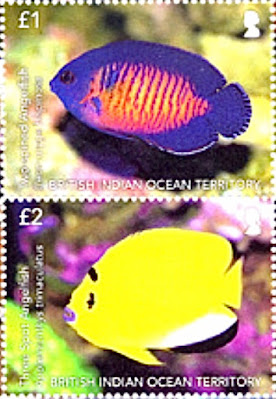 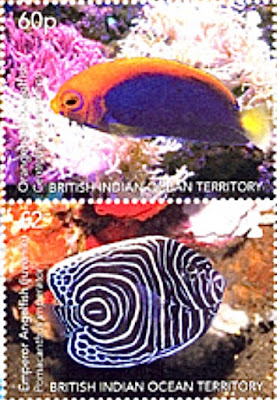 🇮🇲 Isle Of Man Post Office will issue a set of 8 stamps on 11 June 2021with a total face value of £9.30p to commemorate the holding of the UEFA Euro 2020 Football Tournament. The designs depict 8 football stadia across Europe at which games will be held. Isle Of Man of course is not a member of UEFA  but £9.30p is not a sum of money that can be ignored when collectors and non collectors are prepared to hand it over for 8 small pieces of gummed paper. The issue was designed by Isle of Man Advertising and lithographed by bpost and is perforated 13. Rating:- **. 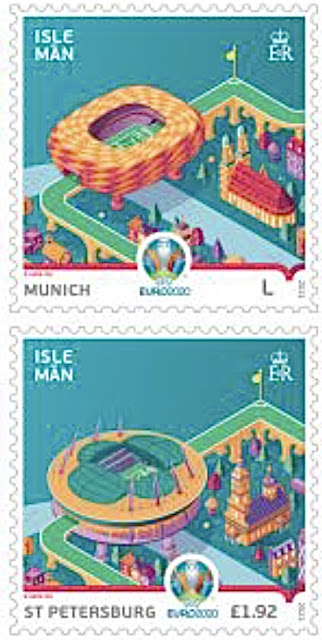 🇮🇪 An Post, the postal service of the Irish Republic, issued 3 stamps sold in a booklet of five (2 each of the Domestic Rate values and one of the Worldwide rate) to commemorate ‘Pride’ in Ireland, a movement which represents people of LGBT sexuality in the republic. The date of issue was 10 June 2021. The colourful but simplistic design issue was by Unthink and was lithographed on self-adhesive paper by Enschedé. Rating:- **. 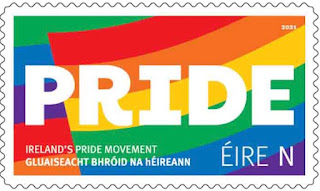 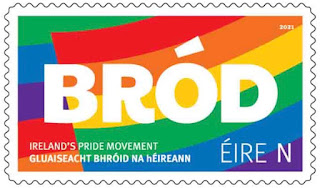 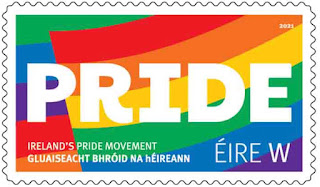 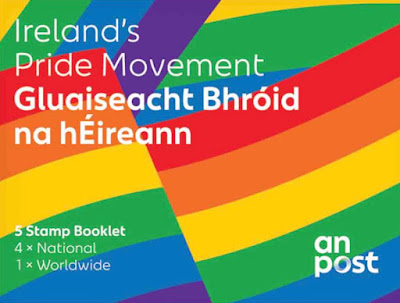