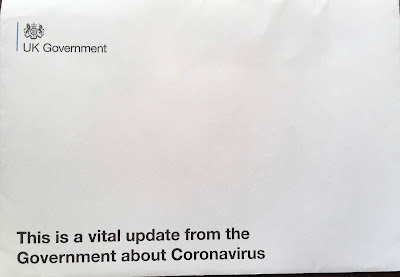 🇬🇧 My letter from the prime minister was delivered by our Royal Mail postman this morning (8 April 2020) (see Blog 1632). Perhaps not surprisingly the envelope was not individually addressed and has no postal markings but the inscription on it makes it perfectly clear what was contained inside it and makes this quite a historical item for postal historian’s collection. I have previously published the letter’s content but it will do no harm to depict it here again. And besides, it’s not everyday that you get a letter from the prime minister even if 29, 999,999 other households received the same letter from him at the same time. 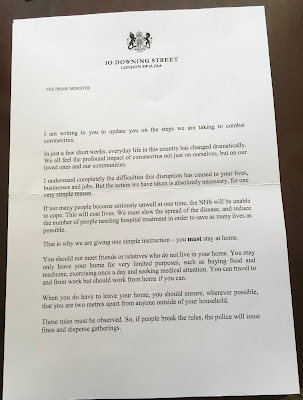 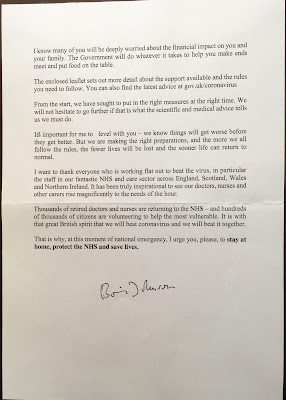 🇮🇪 An Post, the postal service of Ireland, has postponed its upcoming new issues which were due to be released in the coming months. Doubtless this alteration in its previously stated new issue programme is associated with the ongoing Coronavirus epidemic. New dates of issue will be announced when the situation becomes more normal again. Two issues were previously expected to have been released during April 2020 - a single stamp due on 9 April to commemorate the Birth centenary of Liam Cosgrave, former prime minister from 1973 to 1977, and a set due on 16 April to commemorate the 25th anniversary of the television comedy Father Ted - the latter issue may have been rather pleasing to have had at this time of anxiety and darkness. 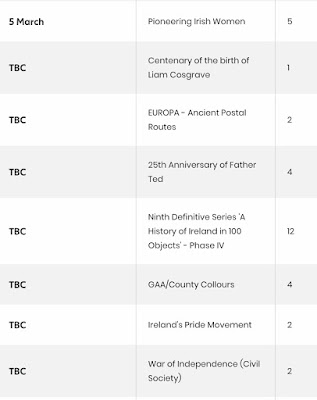 🇰🇾 Further to Blog 1631, the postal service of Cayman Islands has extended its suspension of services indefinitely. It is interesting to read that postal services in the territory are considered to be a ‘non-essential government service’. I would have thought that the maintenance of a postal service could easily be described as ‘essential’ for several reasons. 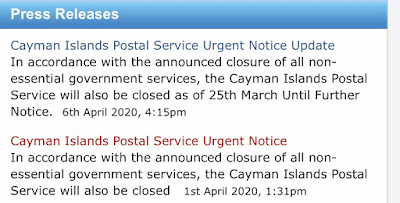 🇧🇲 The Bermuda government revealed recently its planned upcoming new stamp issues for 2020 to 2021 though the announcement predated the date when the Covid-19 pandemic began to take serious hold which may of course have an effect on any planned new issue programme. Five issues are planned which include sets on the subject of Bridges, a commemoration of the Quatercentenary of the Bermuda Parliament and the Centenary of the Bermuda Garden Club.

Kindly I think, a dealer has sent me a letter with a thoughtful stamp on it which can not help but cheer everyone up at this time of anxiety.
Pen-cancelled but nevertheless pleasing to see - the Morecambe and Wise stamp from the 2015 British Comedians set (actually issued on April Fools’ Day). Perhaps Royal Mail could reissue the set to cheer up everyone and to cancel out the effect of the recently issued gloomy Romantic Poets Issue. 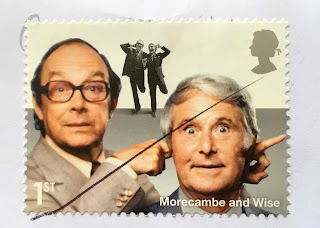