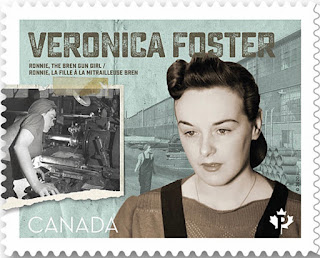 🇨🇦 Canada Post will issue 2 self-adhesive stamps on 29 May 2020 to commemorate the 75th anniversary of the end of the Second World War in Europe. The stamps will be released in booklets of 10 containing five of each stamp. The stamps were designed by Ivan Novotny and printed in lithography.
The designs feature Veronica Foster who was selected by the Canadian government to appear in a public relations campaign aimed at inspiring women to join the war effort on the home front. Veronica assembled Bren guns in a Toronto factory and was labelled ‘Ronnie, the Bren gun girl’ in the campaign.
The second stamp depicts Private Léo Major who in April 1945, while scouting the German-occupied Dutch town of Zwolle, singlehandedly tricked the Germans in the town into thinking that they were under full-scale attack and as a result he captured dozens of prisoners and caused the enemy to retreat. For this he earned the Distinguished Conduct Medal and, according to Canada Post publicity for the issue, “the lasting gratitude of the people of Zwolle”. He was, apparently, known as ‘The One-eyed Ghost’.
Rating:- ****. 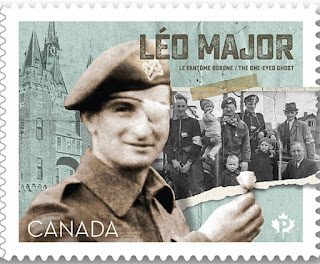 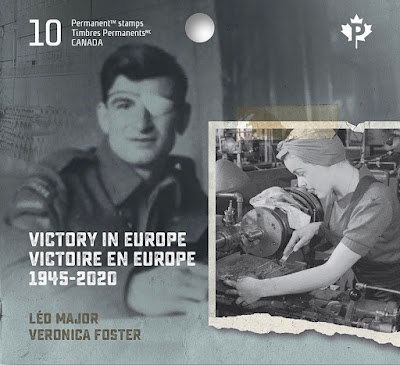 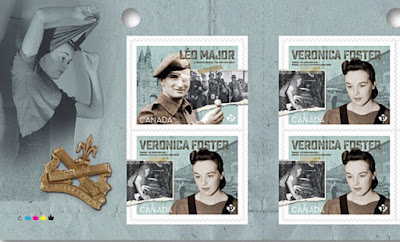 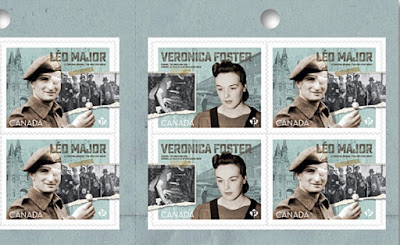 🇭🇰 Hong Kong Post was planning to issue a set of stamps during 2020 with the somewhat unpromising title of ‘Centenary of Hong Kong Correctional Services Department’ but has now cancelled that particular issue and will replace it with a set titled ‘Christmas Stamps IV’.
🇦🇺🇳🇫 The decision to cancel the issue made me wonder how many stamps have featured prisons, not many I thought until I remembered the exception of Australia and Norfolk Island which more than once have depicted the prisons which were constructed there to hold the convict ancestors who were transported in times past for crimes committed thousands of miles away in Britain. Norfolk Island housed a particularly harsh prison.
Stamps have also depicted the ships which transported the convicts to Australia. In the 62 years from 1788 to 1850, 162000 convicts were transported to Australia from Great Britain in 806 ships. The first convoy of ships conveying convicts to Australia was made up of 2 Royal Navy ships, HMS Brig Supply and HMS Sirius, 3 supply ships - Golden Gove, Friendship and Borrowdale - and 6 ships containing the criminals themselves - Charlotte, Alexander, Prince of Wales, Lady Penrhyn, Fishburn and Scarborough. The fleet was under the command of Captain Arthur Phillip. 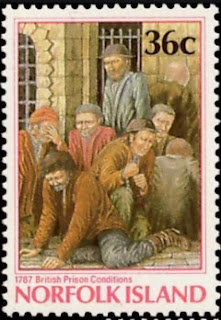 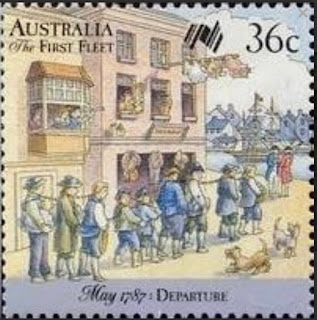 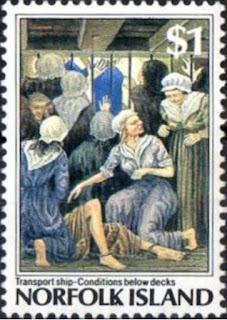 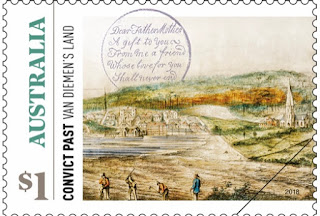 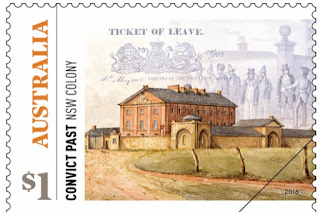 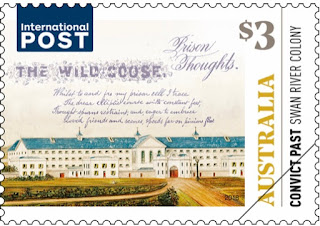 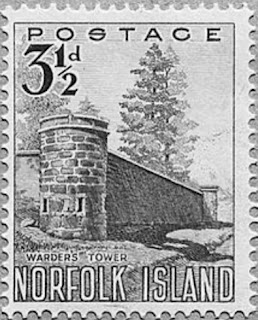 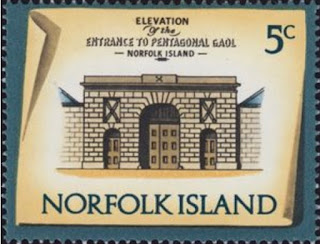 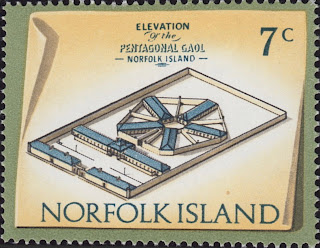 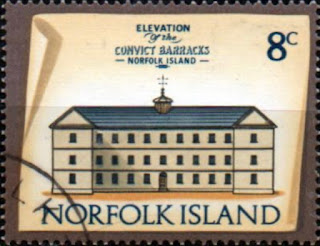 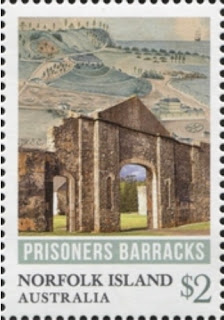 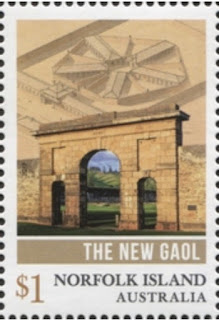 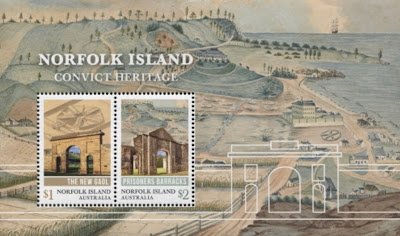 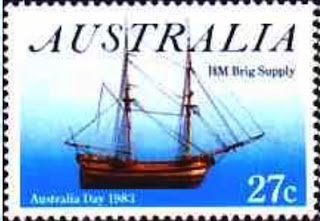 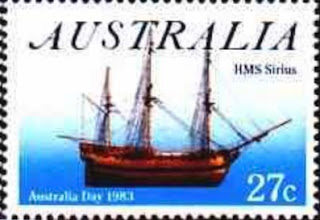 🇬🇧 We must not forget that the British postal service issued 1 stamp out of a set of four on the subject of ‘Social reformers’ on 28 April 1976 to commemorate the prison reformer Elizabeth Fry (1780 - 1845). 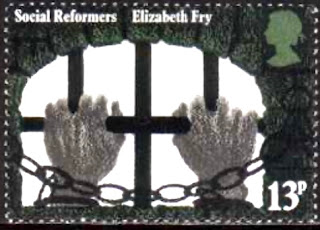 🇨🇰 Finally it is fun to consider that one of Philatelic Collector Inc.’s philatelic entities, for which it produces a significant number of stamps, is named after a prison ship - the Lady Penrhyn which sailed past the island now known as Penrhyn in the Cook Islands on 8 August 1788 as part of the first convoy of transported criminals as detailed above. Penrhyn is likely to be unique among islands in being named after a means of transporting convicted criminals!

Addendum- response to Richard Rundle’s comment re. Prisons on stamps. (See below in Comment box)
Thank you for your excellent comment. I rarely think outside the Commonwealth box but the Bastille is an excellent example, many times featured, of a prison on stamps and it has certainly made a few appearances on stamps from Commonwealth postal services. It also occurs to me that any stamps depicting views of St Helena would qualify for inclusion in the theme as the whole island served as a prison for Napoleon Bonaparte from his defeat at the Battle of Waterloo until his death. Also, I suppose, places of exile for political prisoners might be included - for instance Seychelles has issued stamps in the past which depicted Archbishop Makarios of Cyprus who was exiled there by the British as well as including a stamp depicting King Prempah of Ashanti in a pre-Independence definitive set. If anyone ever wants to exile me I shall ask to be sent to the same place as Makarios and the King of Ashanti.