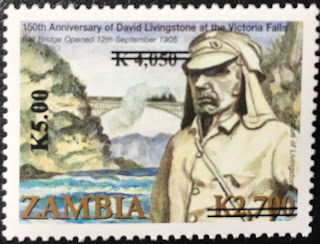 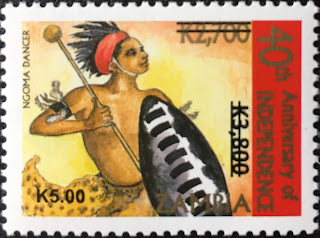 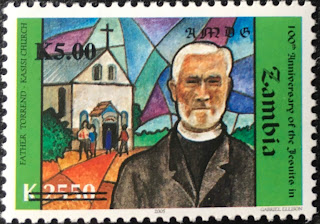 🇳🇷 Also reported in Blog 1631 were two stamps from Nauru Post which had not been mentioned previously here. Again they are offered for sale by Nigel Haworth along with some other previously mentioned stamps. Neither of these 2 issues about which we are newly knowledgeable have been featured on the Nauru Post website.
The first issue is a single stamp, presumably issued in September 2018, which commemorates the holding of the 49th Pacific Islands Forum in Nauru from 3 to 6 September 2018. It is a rather basic design but interesting if only because our knowledge of its existence has been a long time coming. Rating:- ***. 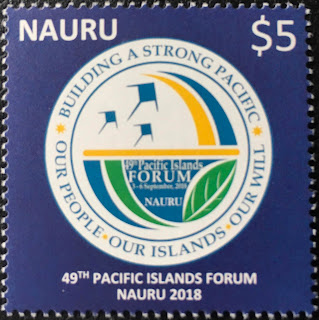 The second issue, again of a single stamp, commemorates Christmas 2019 and presumably was released about that time. Again the design is rather basic and there are no other details about the issue. Rating:- ***. 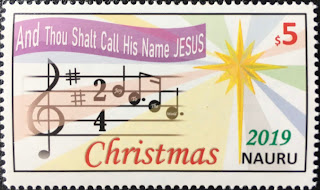 I fear that there are other recent issues from Nauru Post out there the existence of which we do not yet know about and which may be hard, and probably expensive, to obtain. I have tried to contact Nauru Post about its new issues but have not received a reply. No doubt more news will come to light with the passage of time.