🇭🇰 Hong Kong Post will issue a set of 6 ‘Children’s’ Stamps and 1 miniature sheet containing all 6 stamps on 21 April 2020 on the subject of ‘Chess Games Delight’. This attractive set was designed by Alex Ng from illustrations by Kenny Wong and lithographed by Enschedé and perforated 14. Rating:- ****. 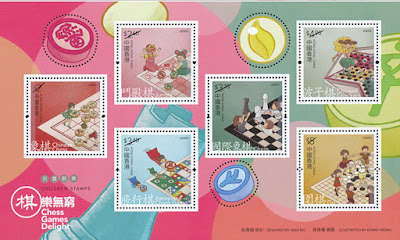 🇱🇹 The despicable Stamperija philatelic agency has announced that it plans to cash in on the dreadful Covid-19 pandemic by issuing “stamps” on the subject. The agency has 3 Commonwealth country ‘clients’ - Maldives, Mozambique and Sierra Leone. The best thing for Stamperija to do would be to self-isolate .... permanently. 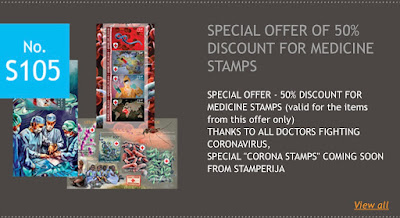 🇦🇮 The Anguilla Post Office closed the Anguilla GPO due to the Covid-19 pandemic. This has little effect on stamp issues since the Anguilla postal service has not released any new stamps since it issued a set of 8 definitives on 10 October 2016 having released a set of 6 stamps on 2 August 2016 to commemorate the Anguilla Summer Festival (the island’s postal service was to have issued a set of 4 stamps on 22 May 2017 to commemorate the 50th anniversary of the ‘revolution’ on Anguilla but plans to do so were abandoned probably because of the provocative subject of the issue and the likely proposed designs which featured arsonists burning down Government House and rioting). See Blogs 822, 927 and 1009. 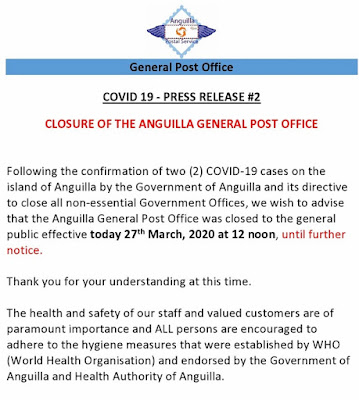 🇬🇸 The philatelic bureau of the United Kingdom’s smallest overseas territory (based in New Zealand) - Pitcairn Islands - has announced that orders it sends out will be delayed because of cancelled air services in New Zealand.

🇧🇿 The Belize postal service suspended all of its services on 4 April. Again this has little effect on stamp issues as issues by that postal administration are very infrequent - 1 issue of 2 stamps and 1 miniature sheet on 12 September 2019 and no issues at all in 2018. 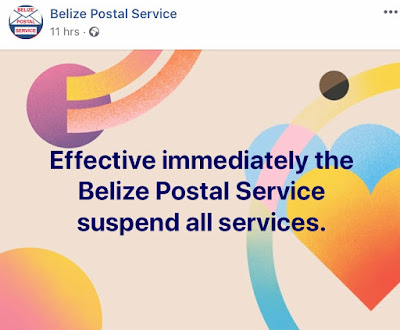 🇰🇾 The Cayman Islands postal service announced that it would be closed from 25 March to 5 April but presumably the length of closure will be extended after that date. 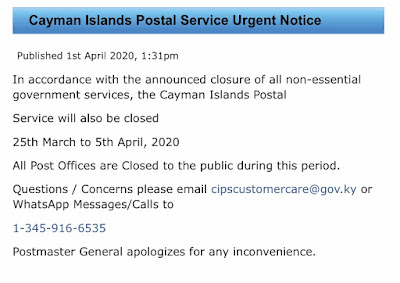