🇮🇲 Isle of Man Post Office has indicated on its stamps and coins website that it will soon release an 8 stamp set of new stamps titled #CarryUsThrough to commemorate the ‘First line workers’ at this time of the COVID-19 pandemic. An idea of a couple of designs from the set is given on the website and I expect that the full set and more details will emerge shortly. Up until 23 April there had been 308 confirmed cases of COVID-19 on the island of which 230 were reported to have recovered and 18 had died. 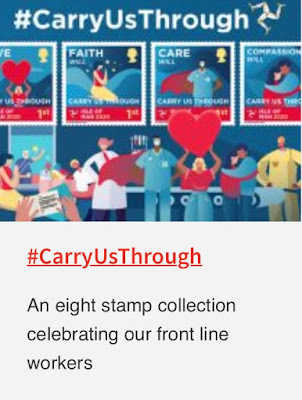 🇬🇬 Guernsey Post has revealed the design of one of the stamps it intends to issue during 2020 as its contribution to this year’s SEPAC omnibus series. The set depicts the work of local artists and this particular stamp portrays ‘Catskin’ by Frances Lemmon - the theme of this year’s omnibus is ‘Art from the State collection’. 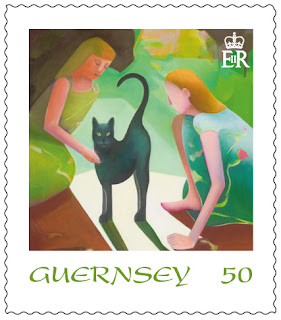 🇨🇦 Canada Post issued a single self-adhesive stamp in a booklet of 10 on 24 April 2020 to commemorate the Moslem festival of Eid. The issue was designed by Nayla Yehia, Lionel Gadoury, Dave Hurds and Muneeb Khatana and lithographed by Lowe Martin. Rating:- ****. 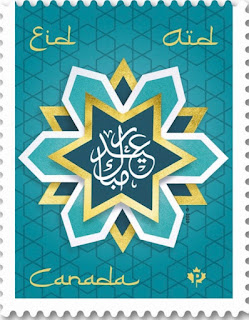