🇦🇺 The never-ending stream of numerous new issues from Australia Post continues to the probable detriment of stamp collecting:-

10 July 2018 - Frogs - 4 gummed stamps and 1 miniature sheet- designed by Sharon Rodziewicz and lithographed by EGO and perforated 14 x 14.5. These are interesting and attractive designs but there seems to be no reason to issue this set at this time when Australia Post is releasing so many new issues. Rating:- *. 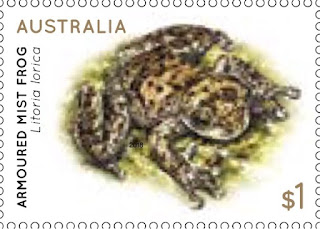 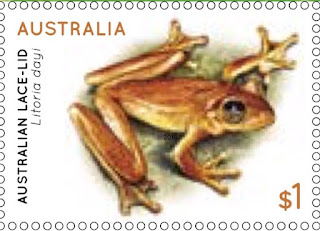 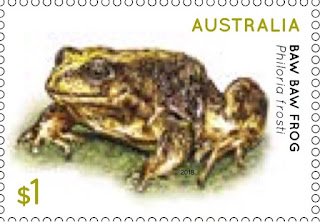 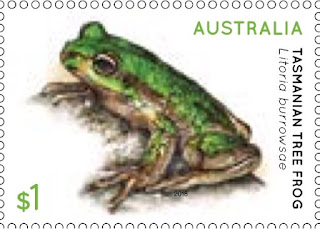 A miniature sheet containing 4 identical 'Silo Art' stamps will be sold from 6 July 2018 to commemorate the Perth Stamp and Coin Show 2018 to be held from 6 to 8 July. Rating:- *. 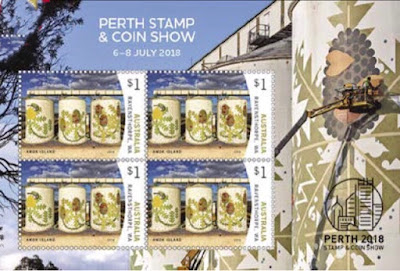 Two stamps and 1 miniature sheet will be issued on 17 July 2018 with the inscription Norfolk Island Australia on the subject of The Crystal Pool. The issue was designed by Sharon Rodziewicz and lithographed by RA Printing and perforated 14 x 14.5. Rating:- ***. 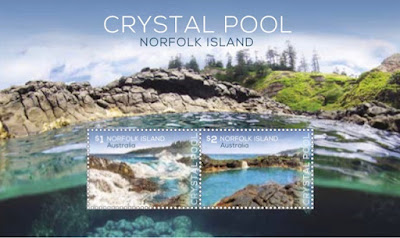 An issue to be released on 1 August 2018 will be titled 'Reef Safari' and will feature marine life of the Great Barrier Reef. The issue is made up of 5 gummed stamps along with 5 self-adhesive stamps sold in 2 different booklets ($10 and $20) and a gummed miniature sheet with a $20.95 Prestige booklet ("Full of interesting facts! $1 stamps in blocks of four"). The set was designed by Sonia Young and lithographed by EGO and perforated 14 x 14.5. It's a nice enough issue but against a background of vastly excessive issuing of no necessity at all. Rating:- **. 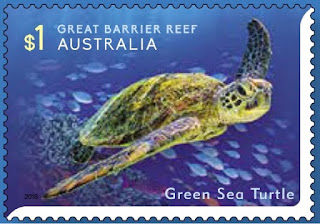 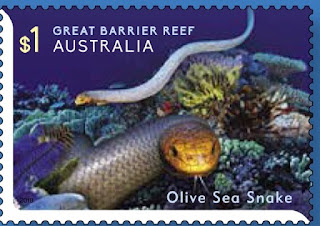 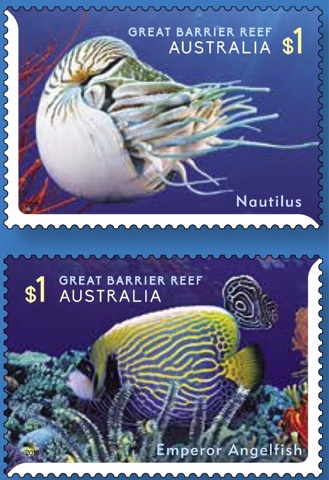 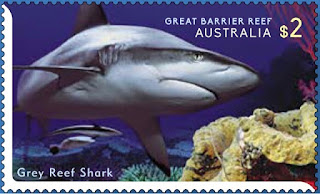 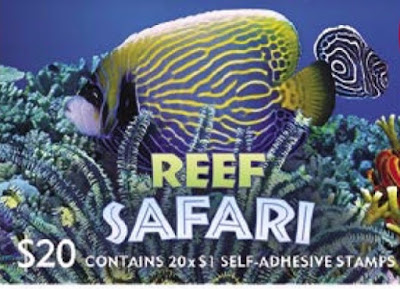 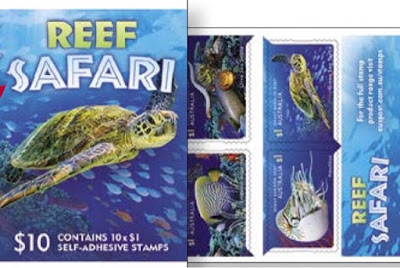 Australia Post will then release on 21 August 2018 a pair of gummed stamps and 1 miniature sheet in an issue titled 'Children's Bush Classics' which commemorate the Centenary of Norman Lindsay's The Magic Pudding and May Gibb's first Tales of Snugglepot and Cuddlepie. The issue was designed by Mary Callahan and John White and lithographed by RA Printing and perforated 14 x 14.5. 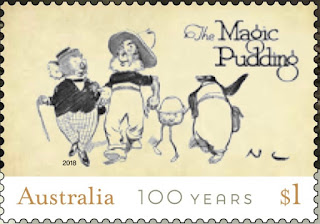 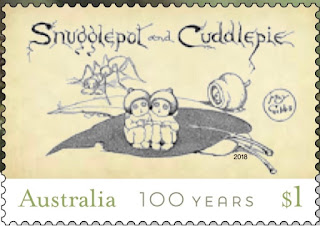 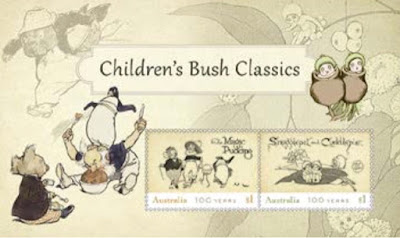 An issue on 28 August 2018 which is inscribed Australia Christmas Island will be on the subject of 'The Art of John Gerrard Keulemans' who was a popular bird illustrator of the 19th and early 20th centuries. The self-adhesive stamps were designed by John White and lithographed by EGO and perforated 14 x 14.5. Rating:- ***. 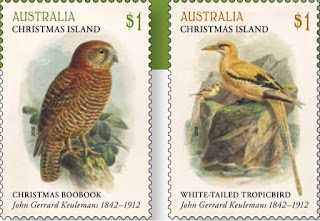 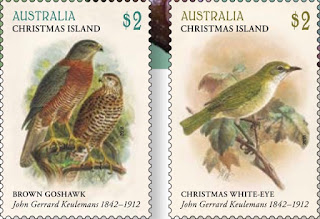 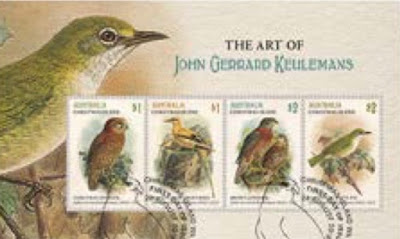 There are several "stamp packs" due for release. Each costs $23 and are made up of 2 panes of 10 Greetings stamps (different designs are used in the various packs) with attached labels featuring pictures relevant to the subject of the respective pack. The subjects are:- 'ACDC', 'Grease', 'The Avengers Infinity War', '101 Dalmations' (featured in Blog 1229) and 'Blue Planet II'. Little of relevance to Australia among that list. Rating:- 0. 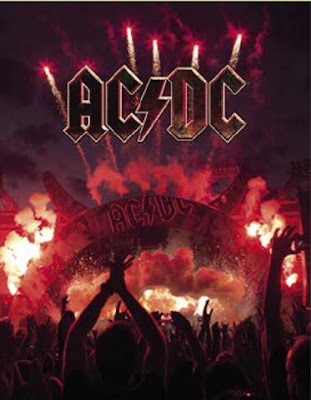 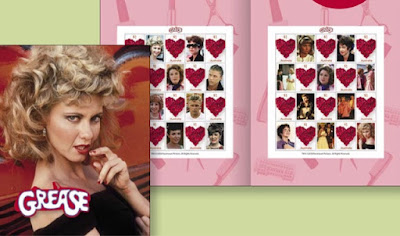 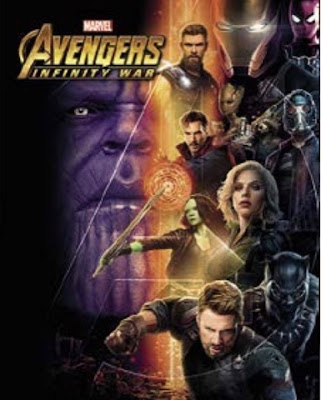 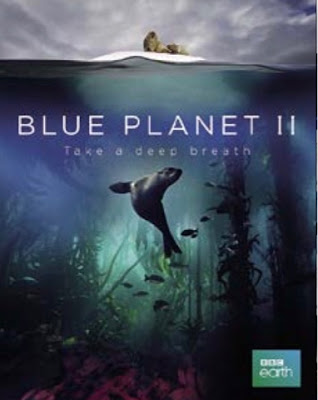 🇮🇳 India Post issued a set of 4 stamps and 1 miniature sheet on 5 June 2018 to commemorate World Environment Day with the emphasis being on reducing or ending pollution due to plastic items. A worthy issue. Rating:- ***. 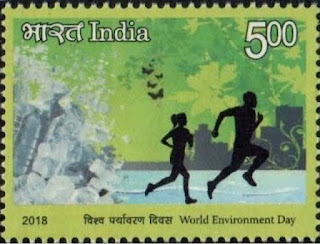 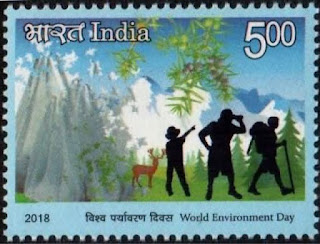 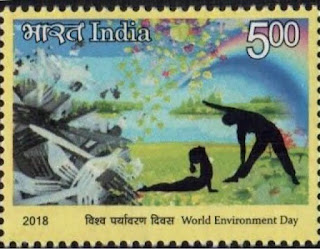 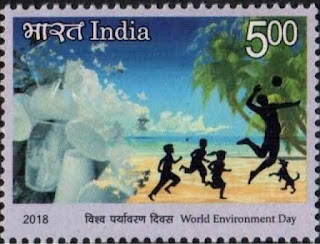 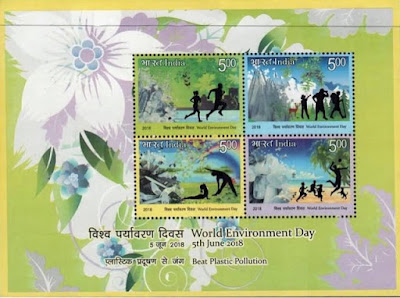 🇲🇺 Mauritius Post issued a set of 3 stamps on 30 May 2018 which commemorated local anniversaries - the Centenary of Lions International and the 50th anniversary of Lions in Mauritius, the Centenary of the establishment of Pandit Kashinath Kistoe Aryian Vedic School in Vacoas and the 50th anniversary of the establishment of diplomatic relations between Mauritius and Russia. The designs are not terribly interesting but at least everything featured is relevant locally. Rating:- **. 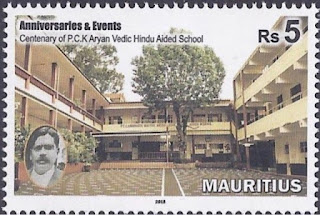 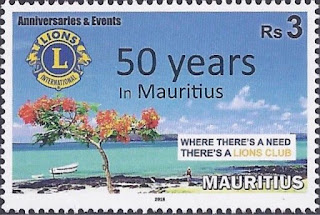 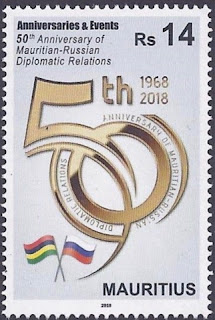 The programme for the rest of 2018 from Mauritius Post is:-

July - Bicentenary of Nicolas Pike, Royal Society of Arts and Sciences of Mauritius (1 stamp) and 'Inventor of photography' (1 stamp).

November - Centenary of the end of the First World War (1 stamp).
Posted by White Knight at 04:44