🇬🇩🇲🇸 The Beijing- and New York-based Philatelic agents, IGPC, seem to be getting desperate.There seems to be a new trend developing among the philatelic products in which the agents are not only issuing items with the names of their client territories printed on them but are issuing a lot of them in two formats - perforate and imperforate - with the imperforate versions being sold for about 3 or 4 times the price of the perforate versions. This is a practice which is normal for the despised Lithuania-based agency, Stamperija and it seems that IGPC is also now turning the practice into a regular habit. Presumably no informed collector would buy such stuff, so who will?
Further issues from IGPC are:- 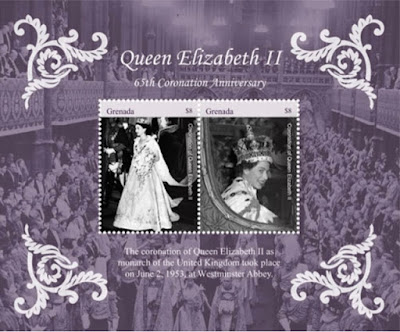 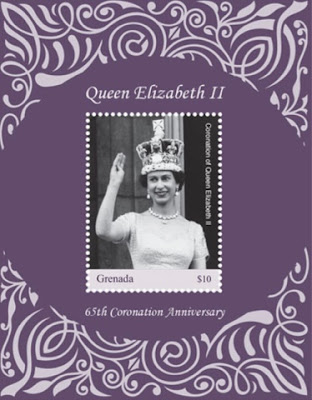 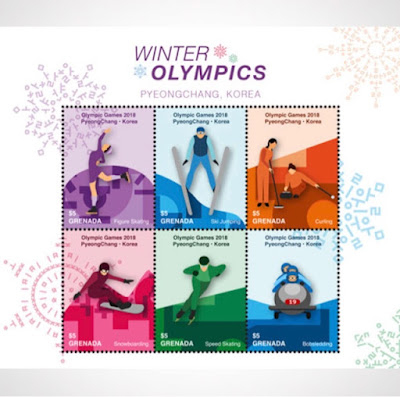 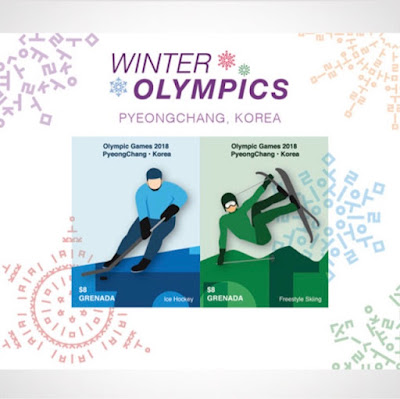 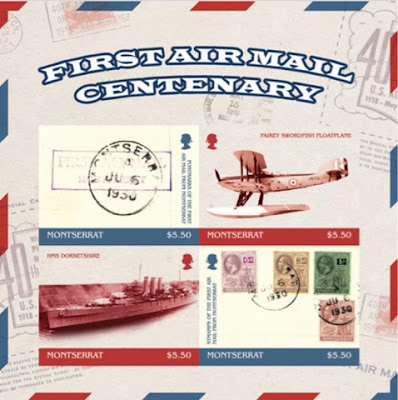 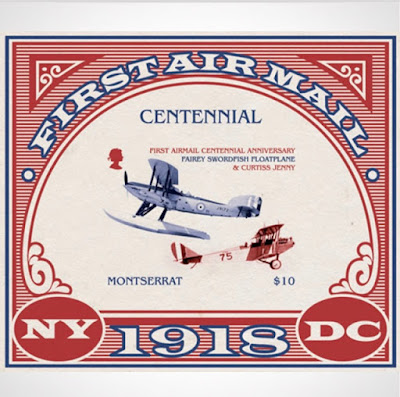 10 October 2017 - Centenary of the Central Institute of Psychiatry, Ranchi. 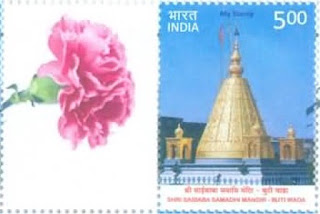 I will highlight the My stamp issues of India Post which have been released so far in 2018 in a subsequent Blog.


🇲🇾 Pos Malaysia will issue 2 stamps and 1 miniature sheet on 5 June 2018 as part of its ongoing Tourist Destinations series, this time on the subject of Sabah, the former North Borneo which has its own wonderful philatelic history. The designs are complicated and rather overcrowded but illustrate a large number of reasons for tourists to visit Sabah including spectacular birdlife and orang utans. Rating:- ****. 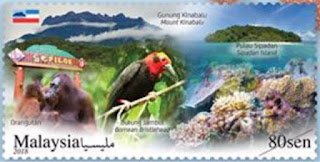 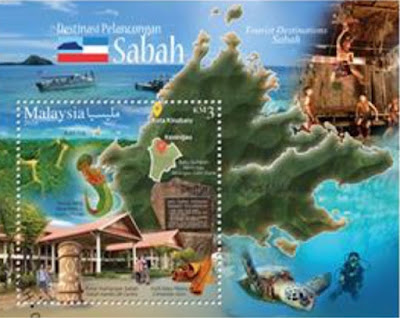 There are 2 new My Stamp issues from Pos Malaysia -  both contain 8 stamps (2 of each design) - one in 2 formats to commemorate the Eid al Fitr Muslim festival (one has illustrated labels and the other has labels which allow personalisation) and the other subject commemorates Father's Day and is also in two formats each with 8 stamps (2 x 4) with attached labels, either illustrated or for personalisation. Both issues were put on sale on 25 May 2018. Rating:- *. 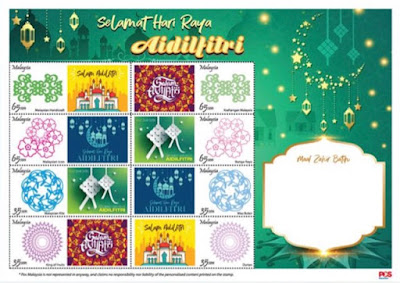 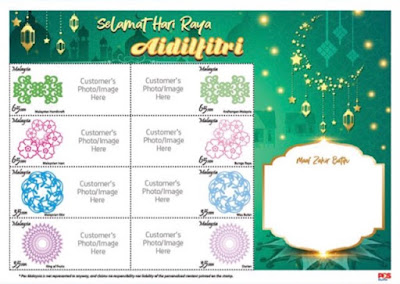 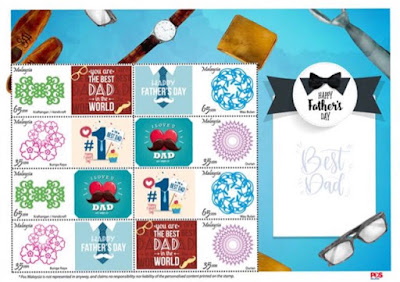 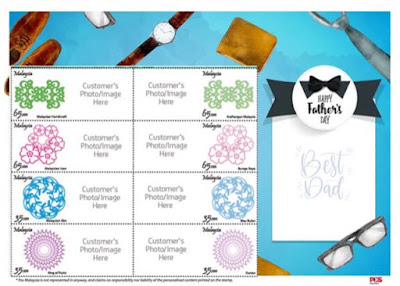