1 August 2018 - Alderney Week - 6 stamps and 1 x £17.04 Prestige booklet (inscribed 'Alderney Bailiwick Of Guernsey'). Designed by Andrew Robinson and lithographed by Southern Colour Print and perforated 13.5. Rating:- ***.
The cover of the Prestige booklet seems to me to be most unsatisfactory with the featured revellers having a rather ghastly appearance reminiscent of characters in a zombie movie! 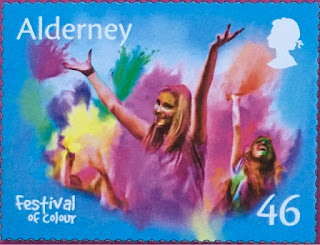 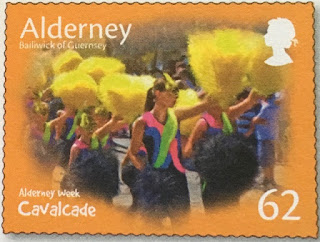 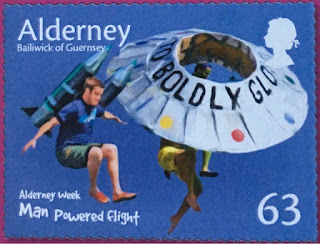 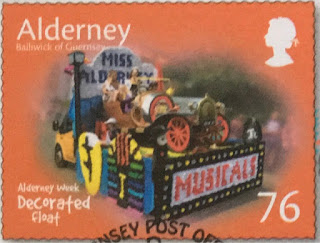 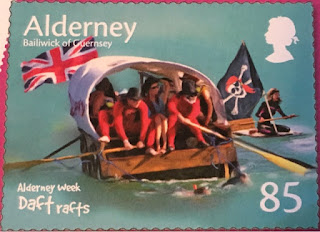 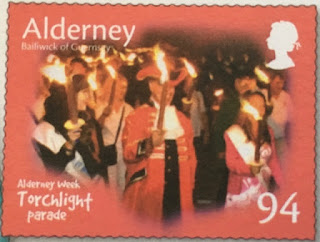 1 August 2018 - SEPAC, 'Spectacular views' - 6 stamps (inscribed 'Guernsey'). Designed by Mark Totty from photography by Elliot Cockett and lithographed by Cartor and perforated 14.5. Rating:- **.
The illustration of the 76p value is interesting in that the Queen's head is doubled with one head seeming to grow out of the other. Presumably this unusual appearance will not be present on the issued stamp.

🇮🇳 India Post issued a single stamp on 28 June 2018 to commemorate the 125th anniversary of Scott Christian College in Nagarcoil in Tamil Nadu. As designs go, this is pretty unexciting. Rating:- *. 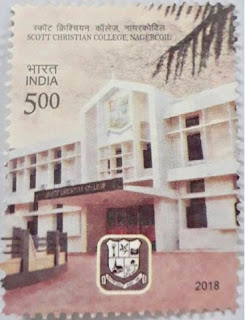