🇲🇿 Another 'real' stamp from Correios Moçambique has been on sale recently on an internet auction site. This appears to date from 2016 judging by the inscription on the stamp and is on the subject of 'children's villages'. Despite the numerous products which continue to ooze out of Stamperija, it is still possible, from time to time, to discover real modern stamps being released by the Mozambique postal service. Rating:- *****. 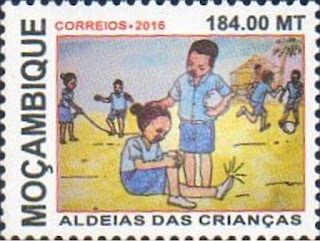 🇬🇧 Royal Mail will issue 6 stamps (as 2 se-tenant strips of 3) and 1 miniature sheet on 31 July 2018 on the subject of Hampton Court Palace and illustrations of these items can be now seen on the internet. This location has been featured on a previous British stamp and the set backs up the impression that those who choose Royal Mail's new issue programme seem to think that the only parts of The United Kingdom worth depicting and celebrating on Royal Mail stamps are those in London and its immediate vicinity. In the past few years we've had St Paul's Cathedral, Buckingham Palace, Windsor Castle and so on and so on. It's time for Royal Mail to realise that London is not the only place worth depicting on 'British' stamps and actually it's getting somewhat dull. Two or three of the designs could easily feature scenes to be seen in scores of stately homes across the country - gardens, large ponds and so on.
The stamps feature the format of previous London-centric issues - long designs with vertical more regular-shaped stamps in the miniature sheet. Rating:- *. 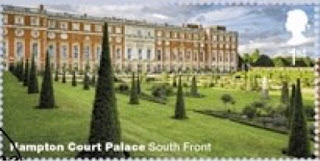 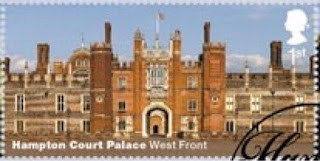 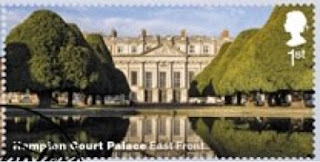 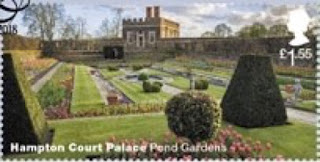 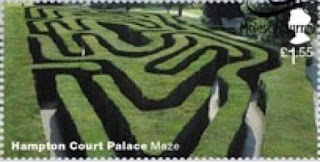 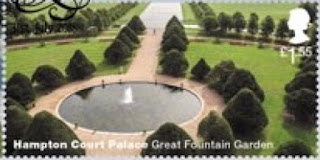 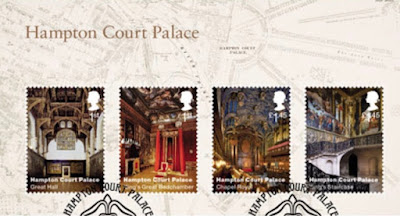 🇲🇾 Pos Malaysia will issue a set of 4 stamps on 28 June 2018 on the subject of 'Unique structures' and featuring bridges of Malaysia. The feature bridges are located in Kuching the capital of Sarawak, Sabah, Perak and Putrajaya in the Federal Territory. This is an interesting and modestly priced set. Rating:- ****. 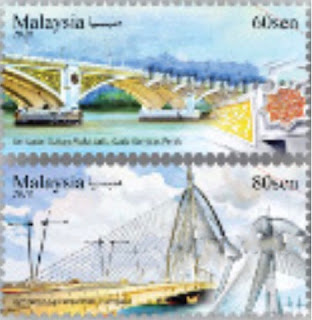 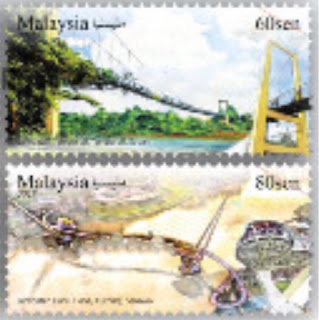