🇧🇩 Two new issues are being offered for sale currently on an internet auction site which have been released by Bangladesh Post. The first is a single stamp which commemorates Bangladesh's graduation from the status of being a Least Developed Country to that of a Developed Country. I like the clever design which features a pattern of different coloured cogwheels in the shape of the country itself. Clearly, also, this stamp celebrates an important event in the history of Bangladesh. Rating:- *****. 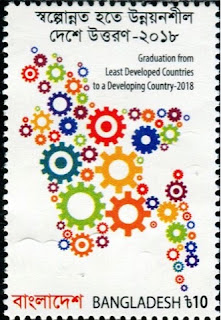 The second issue being offered for sale is very interesting and once more underlines a philatelic designer's golden rule - DON'T depict flags on your stamps - they're a minefield. The miniature sheet commemorates the 30th anniversary of the involvement of Bangladeshi forces in United Nations Peacekeeping operations. The sheet depicts Sheikh Mujibur Rahman speaking at The United Nations and flags of the territories in which UN forces have carried out their peacekeeping missions.
The featured flags are Afghanistan, Angola, Bosnia And Herzegovina, Burundi, Cambodia, Central African Republic, Chad, Croatia, Cyprus, Democratic Republic Of Congo, Timor Leste, Eritrea, Ethiopia, Georgia, Haiti, Iran, Iraq, Côte D'Ivoire, Kenya, Kosovo (bizarrely the map depicted on the flag seems to be that of Australia and not of Kosovo!), Kuwait, Lebanon, Liberia, Former Yugoslav Republic Of Macedonia, Mali, Mozambique, Namibia, Pakistan, Rwanda, Senegal, Sierra Leone (with a central golden emblem which the flag of Sierra Leone has never included), Somalia, South Sudan, Sudan (a flag which looks like the one flown by the country since 1970 but with the colours in the wrong order - white, green, black instead of the correct red, white, black), Syria, Uganda, United States Of America (when did the United Nations ever send a peacekeeping mission to The USA? - perhaps it's prophetic or just plain crass or mischievous), Western Sahara and the now extinct Yugoslavia. Phew! There's enough errors in this sheet to furnish the material for a whole evening's pub quiz.
Was the designer taking the mickey? 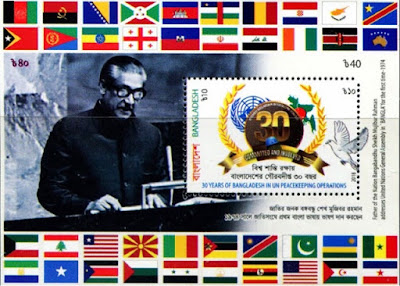 🇨🇦 Canada Post has announced 3 new stamp issues for release in the coming weeks. I like them all:- 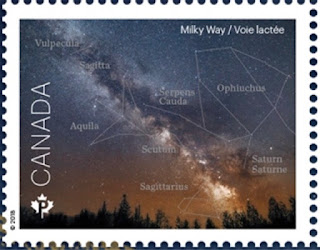 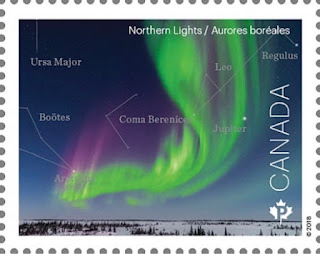 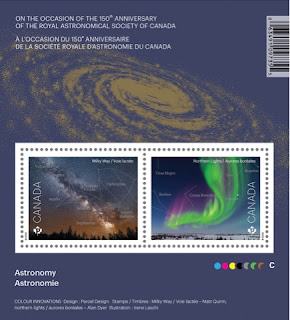 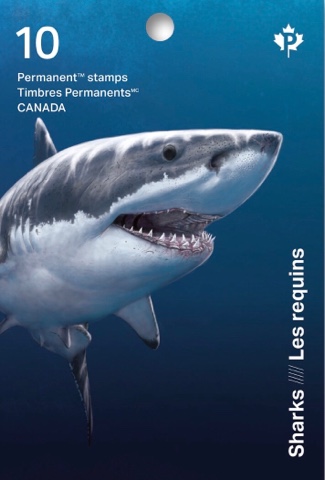 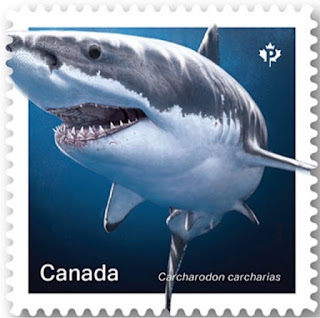 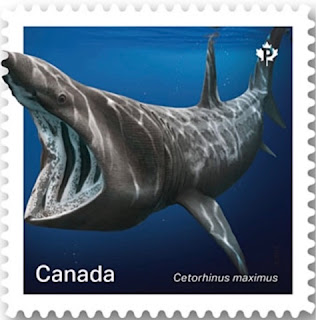 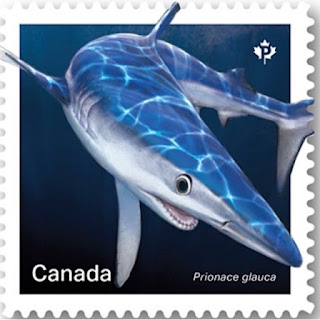 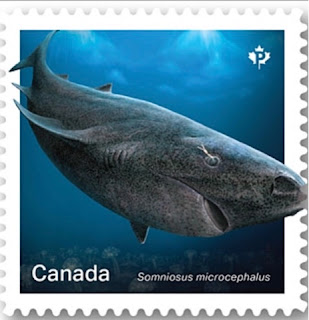 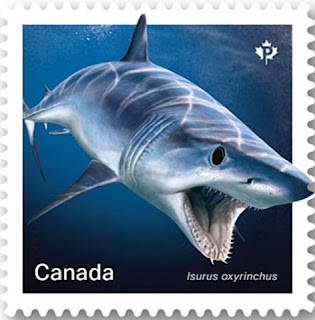 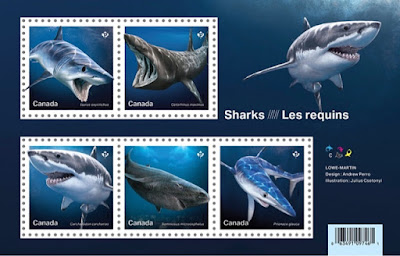 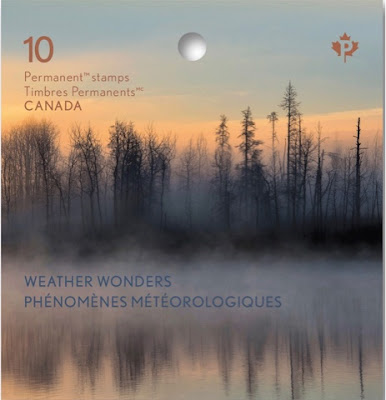 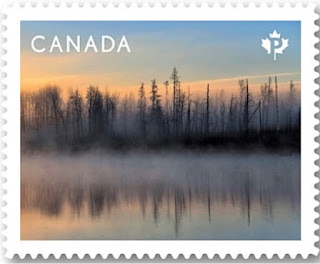 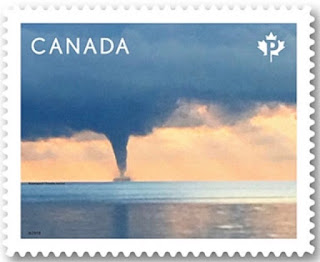 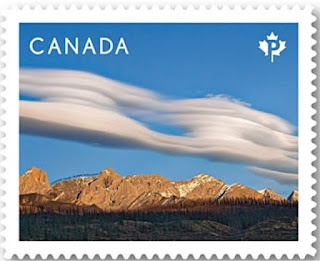 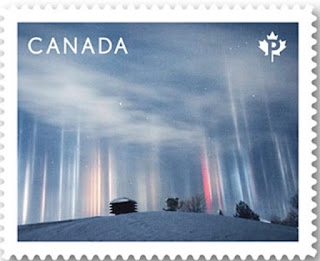 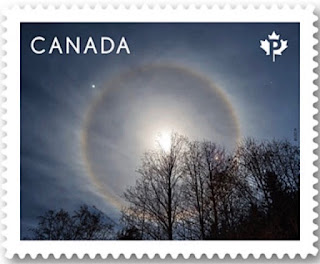 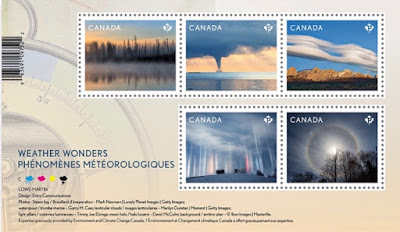 🇬🇬 Guernsey Stamps tweeted on 22 June 2018 that on that day it's GG03 kiosk had dispensed Post and Go stamps (flowers) to welcome the passengers from the cruise ships Oriana and the Zuiderdam which were in port.
🇬🇧 The Postal Museum in London has announced that its use of 50th anniversary of Machin Head Post and Go stamps in kiosk A001will cease on 1 July 2018. The design will be replaced by the classic Machin Head design from 2 July 2018 and this will be the first time that the design has received the additional inscription 'The Postal Museum'.
In Blog 1246 I did not mention that the Hampton Court Palace issue from Royal Mail will also include a £4.02 retail booklet of 6 x 1st Class domestic rate stamps - there being 2 different stamps taken from the miniature sheet (Great Hall and King's Great Bedchamber designs) and 4 x Machin Head stamps.