🇲🇹 MaltaPost will issue a single stamp in a miniature sheet on 14 June 2018 to commemorate the FIFA World Cup Championship Finals to be held in Russia in the coming month. The design by Sean Cini depicts the mascot of the Finals against a background of St Basil's Cathedral in Red Square in Moscow. The issue was lithographed by Printex and perforated 14. Rating:- **. 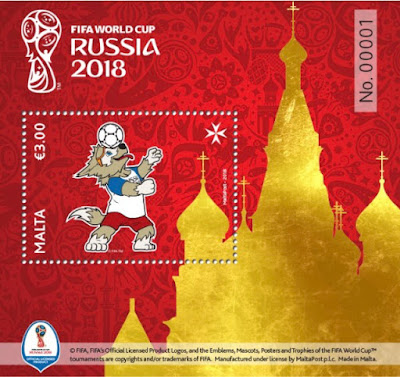 🇲🇾 I have so far overlooked a My stamp issue from Pos Malaysia which was released on 30 January 2018 and was made up of a sheetlet of 8 stamps (2 x 4 different stamps) with attached labels to commemorate St Valentine's Day. 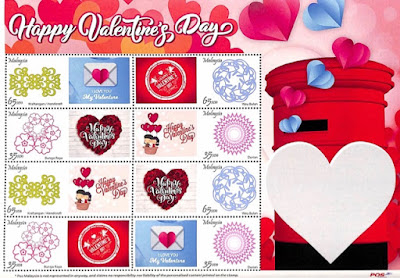 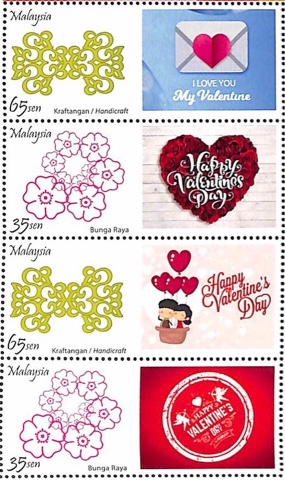 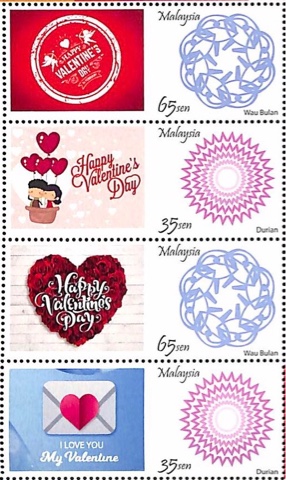 🇰🇪 In Blog 1226 I mentioned the stamps issued by Posta Kenya on 11 May 2018 to commemorate the last male Northern white rhinoceros who died earlier in the year. It appears that a Prestige booklet was also issued which contains 2 identical panes containing 2 each of the 3 stamps which depict individual rhinos and 3 pre-stamped postcards. I'm not a fan of Prestige booklets but this particular item is very attractive. Rating:- *****. 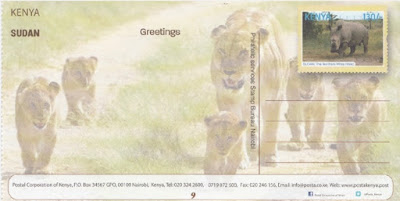