🇲🇼 Newly on sale on Delcampe are more items from Malawi Post although I cannot presently find any details of these issues including the dates of issue.
Firsly there are 5 new surcharges on old definitive stamps - 3 Bird stamps and 2 Butterfly stamps. These items are all surcharged in red. Rating:- ****. 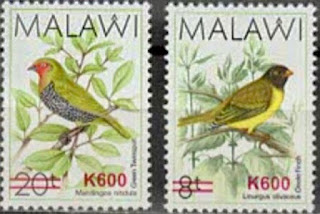 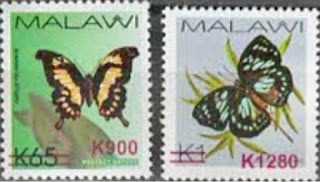 Additionally, there is a sheetlet containing 6 different stamps on the subject of Indigenous birds of Malawi. This item is similar to a number of the issues which were released in 2016 by Malawi Post and is an attractive item. Rating:- ****. 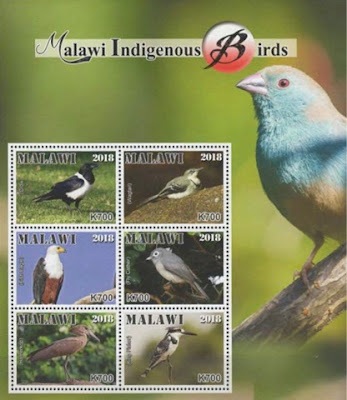 🇫🇯 In Blog 1208 I mentioned the Year of The Dog stamps presented to Fiji Post by The People's Republic Of China but was unable to provide a reasonable illustration of the stamps. I now illustrate below this issue though sadly the illustrations are still not very good. And neither, for that matter, are the designs. Rating:- *. 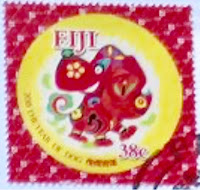 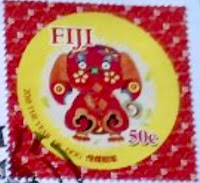 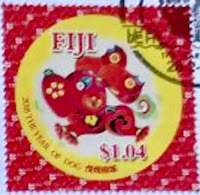 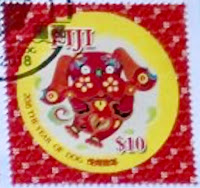 🇵🇰 Pakistan Post has issued a single stamp to commemorate the 60th anniversary of the Urdu Dictionary Board on 14 June 2018. The design, by Adil Salahuddin, depicts the first chief editor of the Board, Baba-i-Urdu Maulvi Abdul Haq, and the building in which the Board is located. The stamp was lithographed by the National Security Printing Company. Rating:- **. 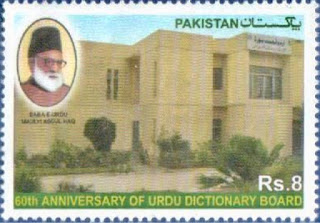 🇸🇿 As readers of the Blog will know, Swaziland has changed its name to celebrate the country's 50th anniversary of Independence from The United Kingdom. Both The Commonwealth and The United Nations have now started to use the country's new name but don't expect to find it listed by The Commonwealth under 'e' or even 's', instead you must look at the letter 'k' where you will find the country identified as 'Kingdom of eSwatini' with the United Nations giving another version in the form of Eswatini (Kingdom of) which is patently incorrect as the 'e' is clearly to be used in lower case. I look forward to seeing the country's first stamps using the new name to discover how exactly the country's postal service inscribes its stamps after the change of name.