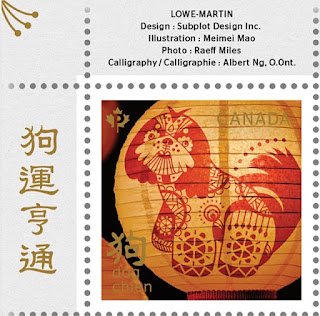 🇨🇦 Canada Post will release its Chinese New Year issue on 15 January 2018 for the Year of The Dog. The issue was designed by Subplot Design Inc. with illustrations by Meimei Mao and photography by Raeff Miles with calligraphy by Albert Ng and printed in lithography by Lowe-Martin.
The issue appears to be made up of a 'P' rate gummed stamp produced in sheets of 25 stamps, the same stamp in self-adhesive form sold in booklets of 10, a $2.50c self-adhesive stamp sold in booklets of 6, a $2.50c gummed miniature sheet and a gummed Dog and Rooster miniature sheet. A very attractive issue. Rating:- *****. 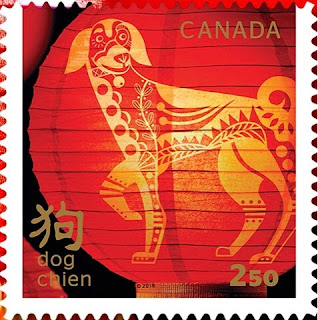 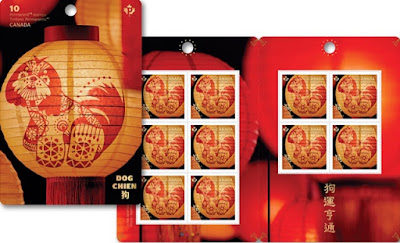 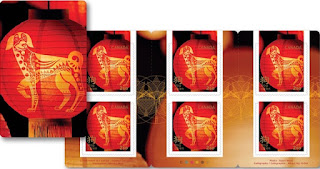 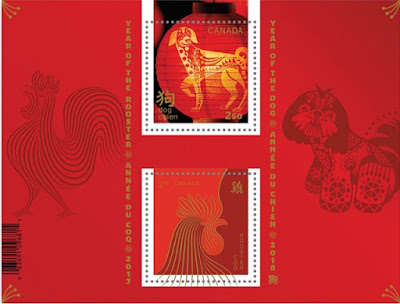 Canada Post will also release an issue on 15 January 2018 which is titled, 'From Far and Wide'. In all stamps using 9 different designs are included in the set in differing formats. The issue was designed by Stéphane Huot and lithographed by Lowe-Martin.
Five different stamps have been produced in a booklet of 10 self-adhesives (2 of each design), the same stamps are also sold in self-adhesive coils of all 5 designs, 3 more designs ($1.20, $1.80 and $1.50) are sold in self-adhesive booklets each containing 6 stamps and self-adhesive coils, there is a gummed miniature sheet which contains 9 stamps (all of the above stamps plus a $1 value). There is also a further 30 stamp booklet which contains 6 x the 5 'P' value stamps. From what I can see the $1 value seems only to be available from the gummed miniature sheet. Rating:-.****. 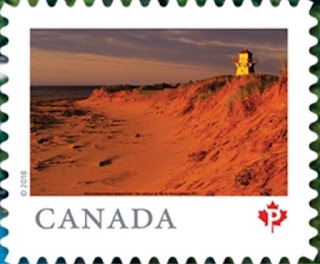 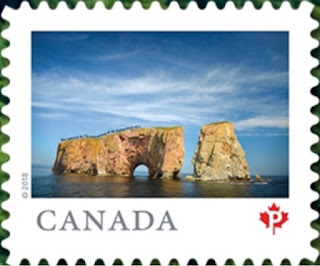 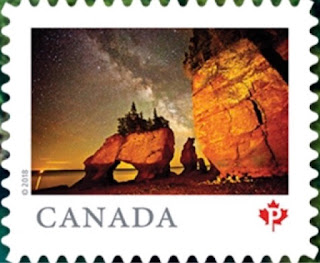 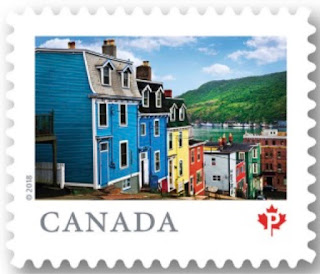 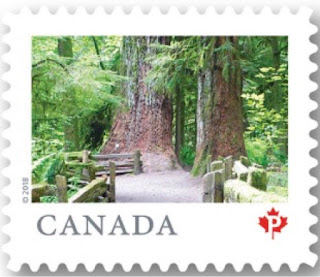 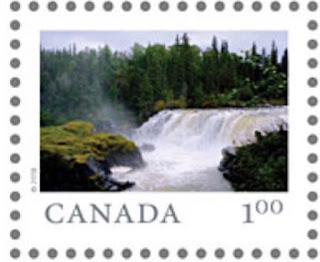 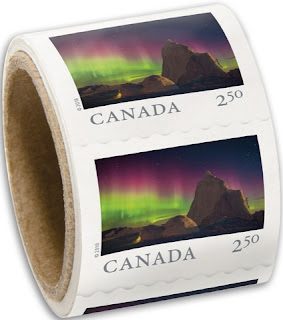 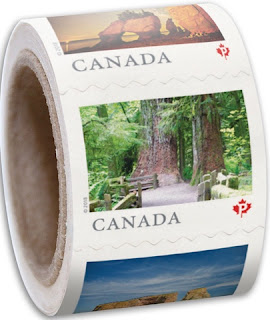 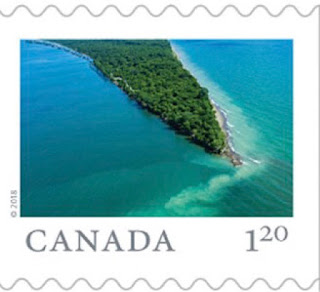 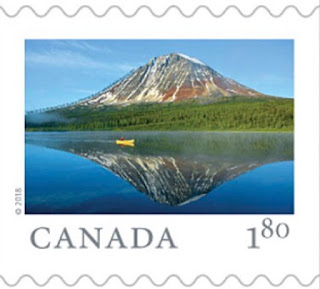 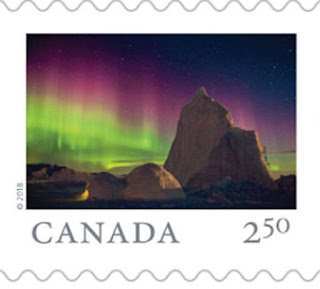 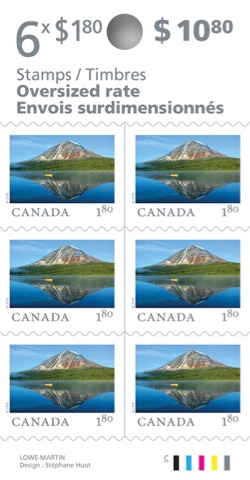 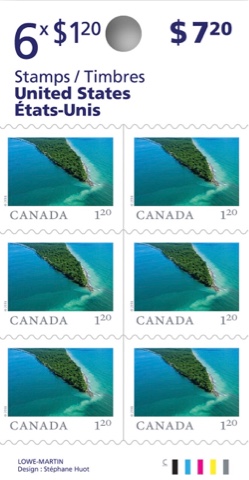 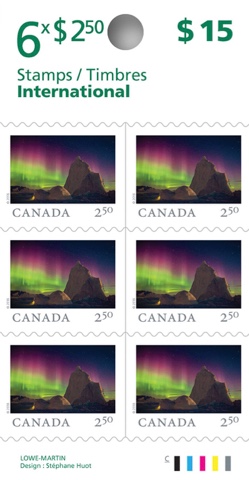 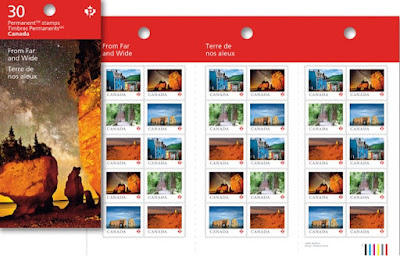 🇸🇸 In Blogs 1134 and 1135 I mentioned a number of new surcharges from the postal service of South Sudan which were on sale on internet auction sites. There has been a further stamp recently offered for sale which is the 2011 3.5SSP definitive stamp with a 1000 SSP surcharge as depicted below:- 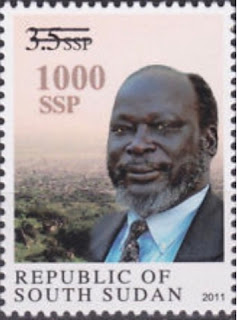 I had also overlooked that there are different surcharges of 75SSP on the 2011 Bearded Vulture stamp as depicted below. I have previously included an illustration of the upper stamp but I now notice that there is a second stamp which has a longer lower line of the 4 lines which obliterate the original value and the 'SSP' part of the overprint is also in finer lettering and more highly placed in its position relative to the '75'. I look forward to seeing what else turns up. 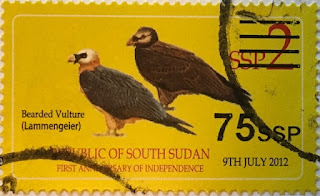 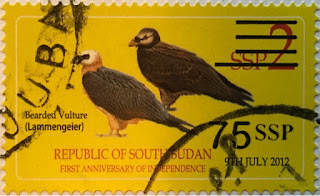 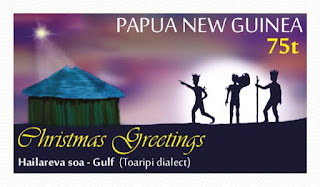 🇵🇬 PNG Post, the postal service of Papua New Guinea, has released another excellent set - this time there are 4 stamps and 2 miniature sheets which serve as its 2017 Christmas stamps. This is yet another highly locally relevant issue showing, as it does, PNG-style Christmas themes and scenes, including a PNG Father Christmas on one of the miniature sheets and relating the subjects to the various dialects spoken in Papua New Guinea.
The set was issued on 11 November 2017 and designed by Kim Kaupa of PNG Post and lithographed by Southern Colour Print. Rating:- *****. 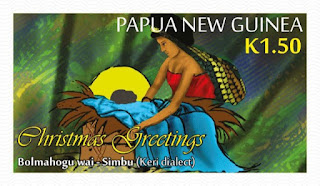 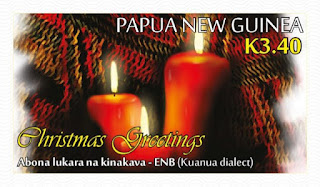 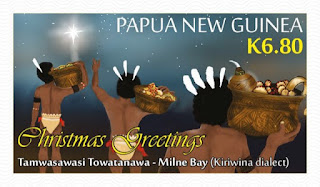 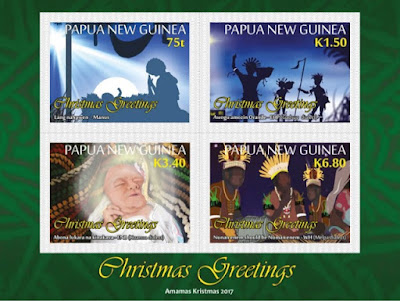 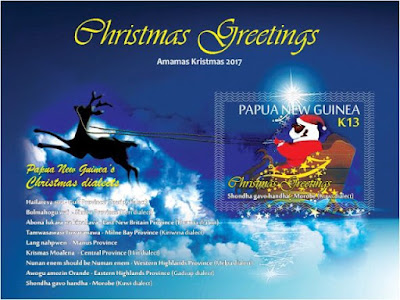