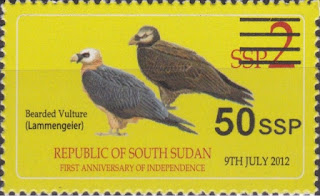 🇸🇸 For the first time in five years it appears that the postal service of South Sudan, an applicant state for Commonwealth membership, has issued some new stamps. Appearing on an internet auction site, several covers with new surcharges on previous issues have been offered for sale.
One of the first two stamps issued in 2011, that depicting the national flag, has been surcharged 50SSP on 1SSP, and two of the values of the 2012 issue have been surcharged with 4 new values. I do not know the date of issue but the postmark on one of the covers is dated 20 November 2017. An important issue. Rating:- *****. 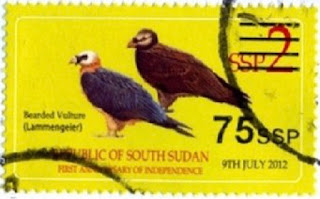 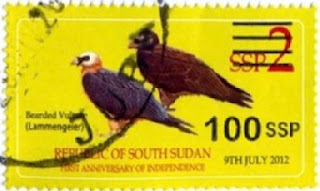 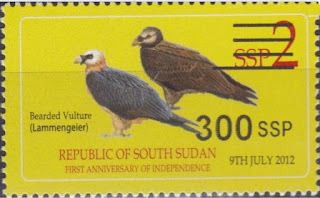 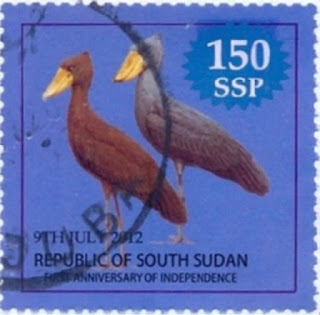 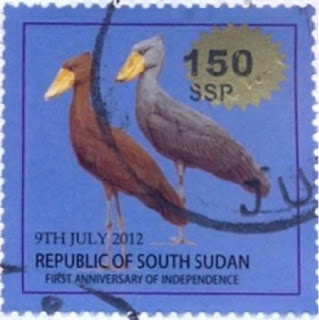 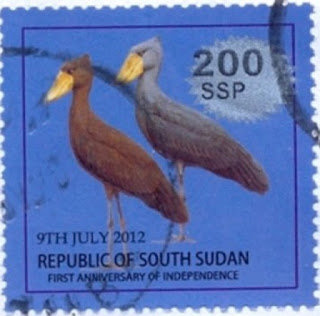 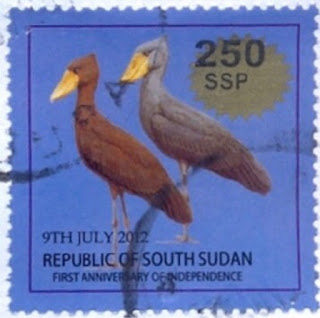 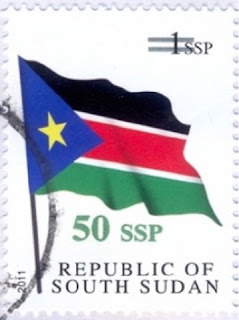 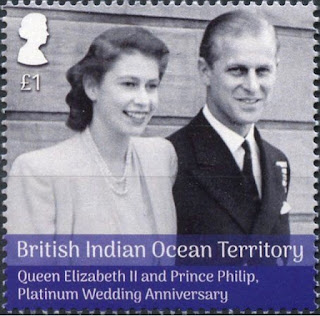 🇮🇴 The postal service of British Indian Ocean Territory has issued a set of 4 stamps to commemorate the Platinum Wedding anniversary of Queen Elizabeth II and The Duke of Edinburgh. It's yet another of those sets the designs of which are entirely black and white photographs. I do like a bit of colour in the stamps I collect. I'm not sure of the date of issue yet but I'm guessing it was 20 November 2017. Rating:- ***. 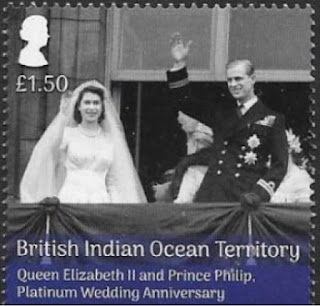 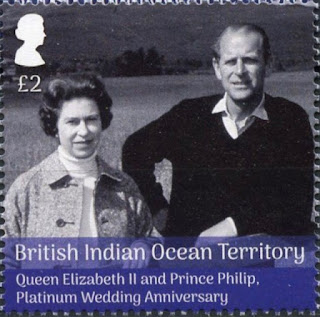 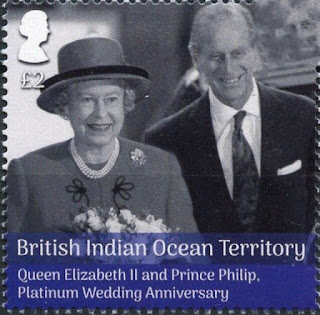 🇧🇹 Bhutan Post issued 2 miniature sheets on 1 November 2017 pn the subject of "Scenic rural Bhutan" which is undoubtedly an accurate description of that beautiful country. One of the sheets contains 4 stamps and the other a single stamp. This is an attractive set. Rating:- ****. 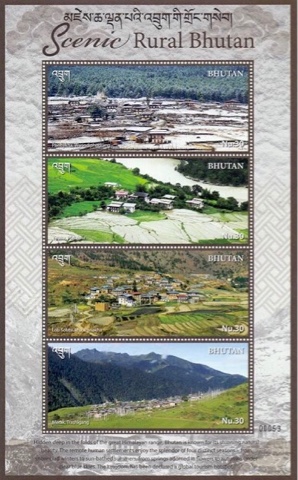 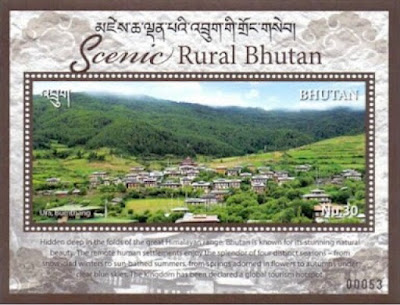 🇸🇱 Sometimes it's hard to believe just how poor the quality of the paraphilatelic products emanating from Stamperija can really be but the latest stuff which has the name of Sierra Leone printed on it serves to remind us about the sheer awfulness of it all. As usual the issue, said to have been "issued" on 30 October 2017, is made up of 10 sheetlets each containing 4 different 'stamps' and 10 'miniature sheets'. The subjects featured, most without any obvious relevance to Sierra Leone, are:- Golf, Rugby, John Glenn, 40th anniversary of the death of Charlie Chaplin, Birth Centenary of Ella Fitzgerald, 2017 World Ice Hockey Championships, 65th Birthday of Viv Richards (West Indies cricketer), 30th Birthday of Andy Murray, Table tennis and 130th anniversary of the holding of the first Boston Marathon. Rating:- 0. 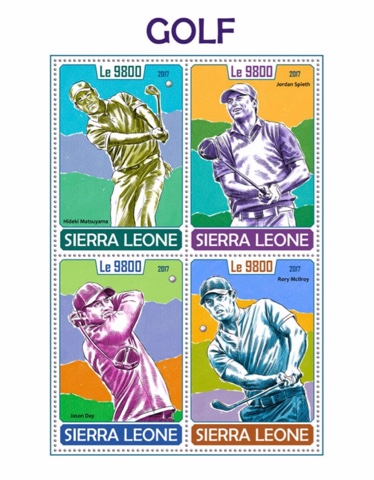 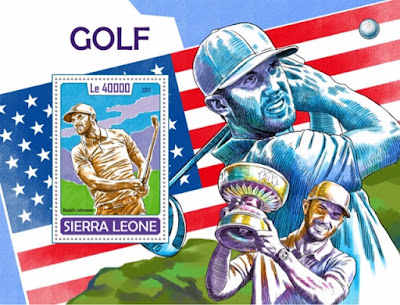