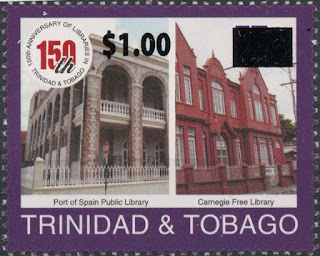 🇹🇹 A commentator, Dorian, has published a comment on Stampboards that the postal service of Trinidad And Tobago has released some new surcharges as evidenced by sales currently to be found on E Bay. The new surcharges are mixed with others from previous years but I believe that there are 9 new stamps which have been released in T and T in recent months though I have not found any details about them.
The new surcharges seem to have been produced to mainly provide $1 values though one of the new items is a $2 surcharge. Four of the stamps are previous Christmas stamps (2 from 2002, one from 2001 and one from 2000) - one may speculate that these have been produced to provide a set of Christmas stamps for 2017.
Three of the surcharged stamps are part of the 4 stamp set issued in 2002 on the subject of local Butterflies and one is part of the 4 value Hummingbirds set also released in 2002. Another surcharged stamp is one of the 4 stamps issued in 2001 on the subject of the National Library.
These stamps have clearly been issued primarily to meet postal needs. Rating:- *****. 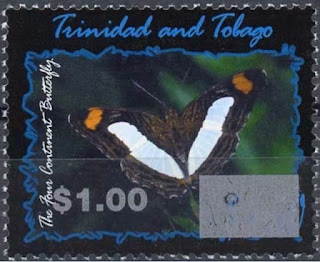 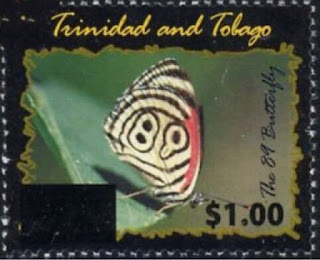 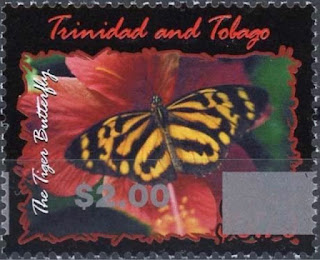 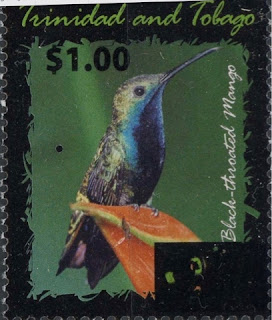 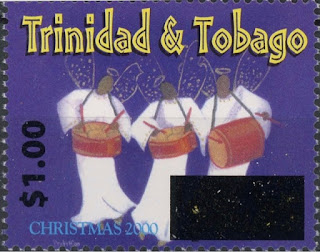 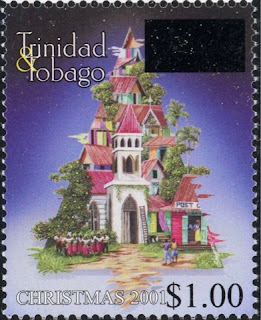 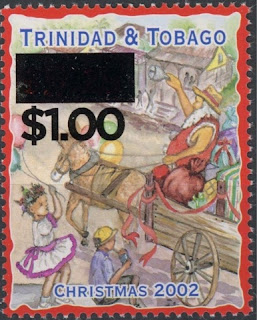 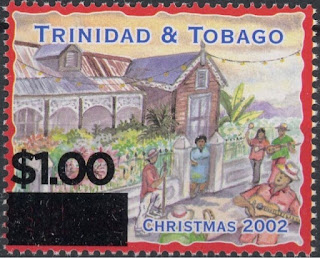 Addendum - In the comment below eyeonwall has indicated that there are at least 2 more surcharges to add to the above list - a $3 surcharge on another Bird stamp and a $1 surcharge on a Salvation Army commemorative. This is a real challenge for new issue collectors and eyeonwall has indicated in the comment just how difficult it is to obtain these stamps from the Trinidad and Tobago postal service. Many thanks to eyeonwall for contributing this added information about this issue. 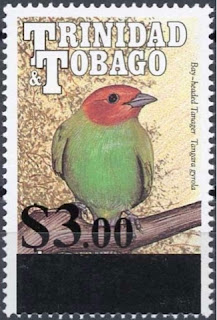