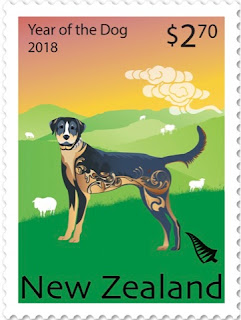 🇳🇿 New Zealand Post has revealed the designs of the 4 stamps and miniature sheet which will commemorate Chinese New Year, the Year of the Dog. The stamps will be issued on 10 January 2018 and were designed by Asiaworks of Auckland and lithographed by Cartor and perforated 13 x 13.5.
The $1 value depicts calligraphy, the $2.20c value depicts paper cutting, the $2.70c value depicts a New Zealand working dog against the background of a sheep station (Maori art elements have been incorporated in the design) and the $3.30c value depicts a statue of New Zealand working dog at Lake Tekapo with migratory birds in the background.
Of course being a dog enthusiast, I like this set very much, particularly the two higher values. Rating:- *****. 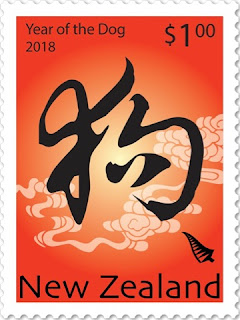 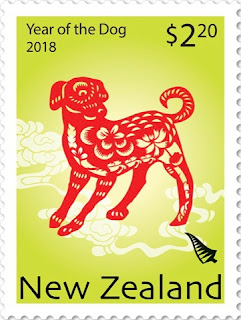 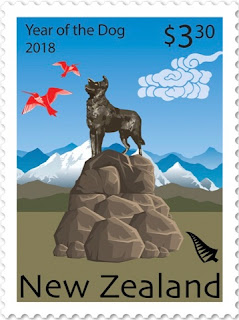 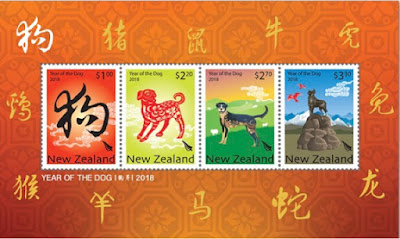 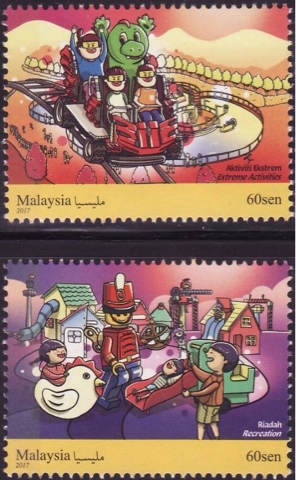 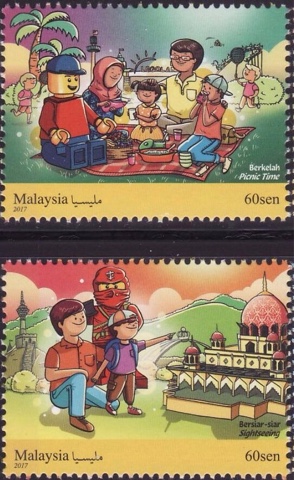 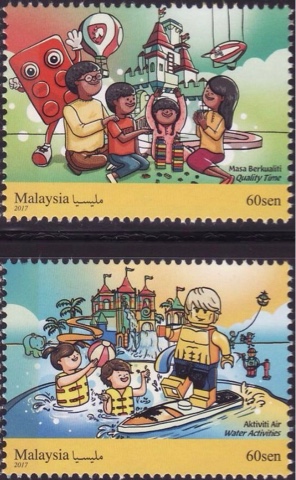 🇵🇰 Pakistan Post issued a single stamp on 1 December 2017 to commemorate the 75th anniversary of No. 6 Air Transport Support Squadron of the Pakistan Air Force. This is an interesting stamp but the design is far to cluttered to be able to see clearly the airplanes that are being illustrated which is a pity. The stamp was designed by No. 6 ATS Squadron and lithographed by National Security Printing Company of Karachi and perforated 13. Rating:- **. 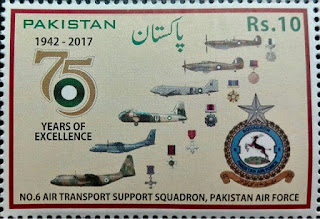 Pakistan Post also issued a single stamp on 3 December 2017 to commemorate the late Dr. Ruth Pfau who was a German doctor who devoted 57 years of her life in fighting leprosy in Pakistan. A worthy issue (more worthy than the commemoration of aging former pop music stars which is a subject much loved by postal administrations such as Royal Mail). The issue was designed by Mughiz Khan and lithographed by National Security Printing Co. and perforated 13. Rating:- ****. 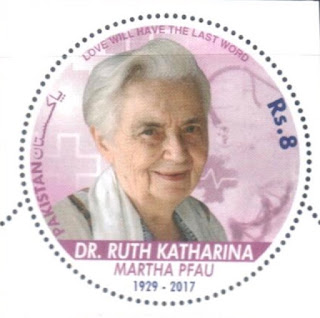