🇵🇬 Said to have been issued on 12 December 2016, but only now having just appeared on the Post PNG website, the Papua New Guinea philatelic bureau is selling a set of 4 stamps and 2 miniature sheets on the subject of the holding of the FIFA Under 20 Women's World Cup in Papua New Guinea from 13 November to 3 December 2016. The release of the first issues of 2017 is awaited. Rating:- ****. 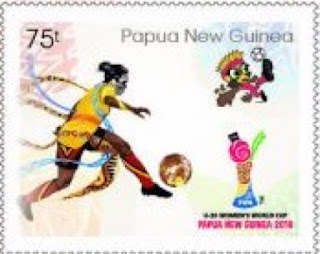 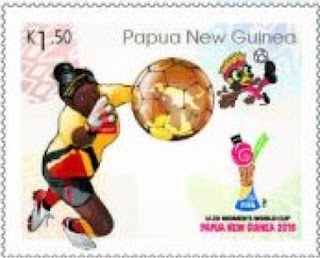 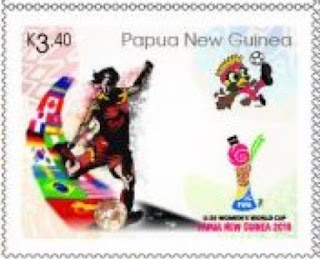 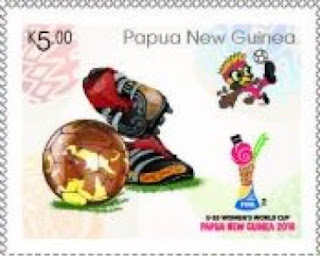 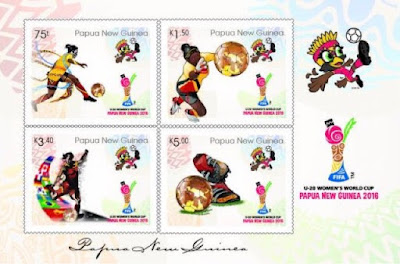 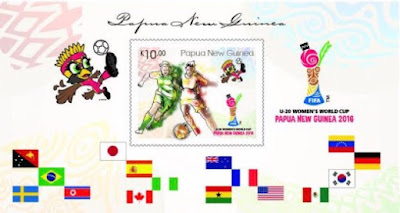 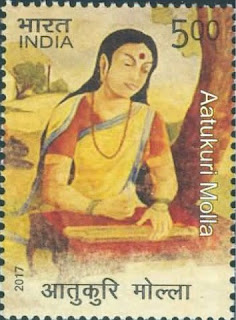 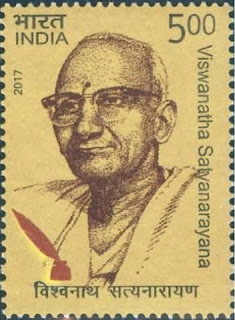 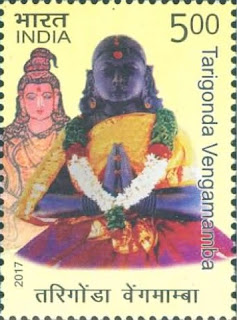 🇬🇧 In his latest posting of Norvic Philatelic Blog, Ian Billings has given additional information about the Post and Go labels issued in just a two day period at the 88th Scottish Congress held in Perth from 21 to 22 April 2017. In 955a I noted that 4 different Collectors strips were dispensed by the kiosks at the exhibition at a total cost of £32.16p but Ian reveals that strips for the Perth meeting were also sent to dealers who had preordered these items which originated from kiosk B001 - the Heraldic Lion stamp and the Thistle stamp both with different inscriptions from those actually dispensed at Perth - "88th Scottish/Congress 2017" (the year not being included in the inscription for those items dispensed by kiosks A012 and A014 - see Blog 955a). Bizarrely, Machin Head stamps in the as yet unissued design were also sent to those who had preordered these exhibition souvenirs so these new designs also exist with the inscription "88th Scottish/Congress 2017".
In all, therefore, this short Philatelic meeting has provided collectors with 7 new Collectors strips at a total cost, if bought at face value, of £56.28p and no doubt considerably more for those collectors who must buy these items from dealers. The new Queen's Head strip is currently being offered for sale on E Bay for £75 (a cool £66.96p - 933% - profit) plus £6.50p postage cost. Rating:- 0. 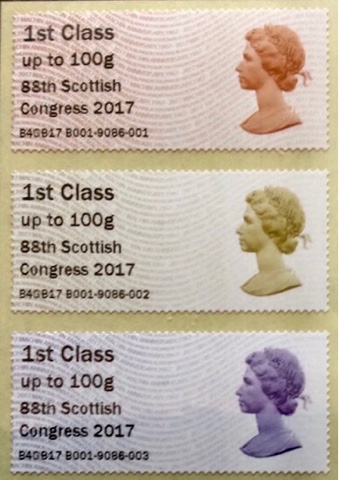 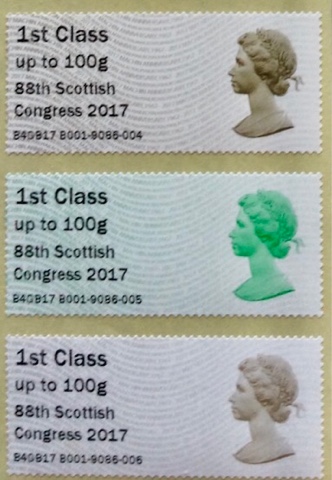 This Blog is numbered 987 as it is actually the 987th edition - previous numbering did not take into account all the "a" numbers given to some previous editions. The next Blog will be 988. For people who are kind enough to read this stuff - you haven't missed 30 or so posts.