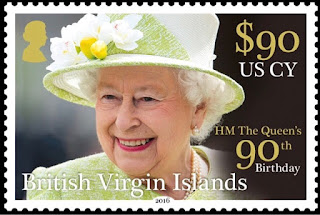 The May 2017 edition of Gibbons Stamp Monthly includes a very important discussion by Hugh Jefferies, the editor of the Stanley Gibbons Catalogue, in his Catalogue Column about the problem he faces in dealing with "ultra-high-value stamps" such as we have seen recently from British Virgin Islands, The Gambia and Liberia.
After a review of the history of extremely high face value stamps from the Queen Victoria £5 orange value onwards he draws attention to the appearance of £3, £5 or even £10 stamps which is occurring with "alarming frequency". He expresses the view that "we appear to be entering a new age of super expensive stamps, whose purpose is not explained, presumably in the hope that collectors will buy them".
The editor acknowledges that the recently published Stanley Gibbons Western Pacific Catalogue included sets of 6 "Express" stamps from Tonga and Niuafo'ou with "new issue" set prices of £275 and £250 but leaves it to his readers to decide why the stamps also had to be issued in miniature
sheets with differences between those and the sheet stamps.
The editor writes about the British Virgin Islands high values recently issued and confirms that these were being treated as Revenue stamps on the islands. The editor draws attention to the fact that there is no indication that these items are intended to be used as Revenue stamps on the stamps themselves. He also mentions a set of 4 stamps released by St. Kitts in 2014 on UNESCO disability projects which includes a ECC$50 stamp - about £17 - and that he intends to list the 3 lower values but to only mention the high value in a footnote listing it, if at all, as a postal fiscal stamp.
He concludes that he will be keeping an eye open for stamps with unreasonably high face values and seriously considering whether or not they should be listed. He states that he is taking the view that a face value of much over £10 or it's equivalent will be considered "potentially unreasonable" but he seeks collectors' views on the matter.
This sounds like an excellent position for such an authorative figure to hold and collectors will be relieved to read his comment in Gibbons Stamp Monthly as a sign that extremely high face valued stamps will not find a place in the Gibbons Catalogue lists and therefore the pressure on them to buy such stuff is considerably reduced.
However the term "potentially unreasonable" is a little weak and may imply that different standards may be applied in various cases - for instance some popular countries may be allowed more leeway than those which have negligible followings for their new issues so that Royal Mail may get a very high face value stamp into the catalogue listing but Grenada would be far less likely to do so. In my opinion equal standards should be applied to all excessively face valued new issues no matter where they originate.
Still this comment by the Gibbons Catalogue editor is very welcome though whether or not it will deter the less scrupulous entities which produce and market new stamps remains to be seen. 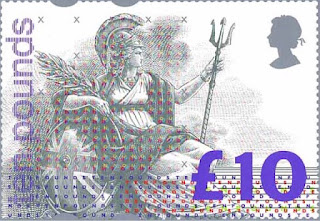