🇮🇳 India Post issued a single stamp on 30 March 2017 to commemorate the Centenary of cub scouting in India. This is a charming little stamp and pleasingly inexpensive. Rating:- ***. 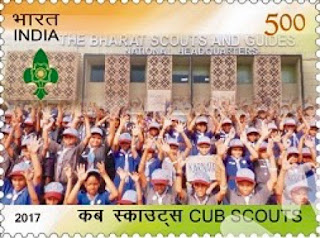 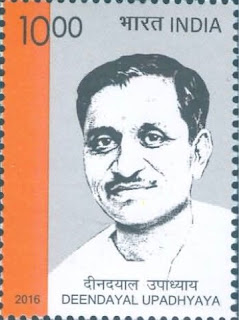 30 December 2016 - 75th anniversary of the Kcp Ltd, a cement manufacturing and heavy industry company. "My stamp" produced in sheets of 12 x Rs5 and sold at a premium. Rating:- *. 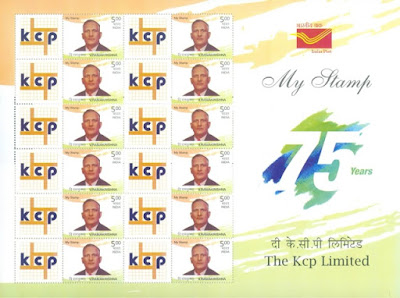 🇱🇰 Sri Lanka Post issued a single stamp on 23 March 2017 to commemorate the late Montague Jayawickreme who was a member of the parliament of Sri Lanka for many years. He died in 2001 at the age of 90. This is a strange issue as his great nephew is currently standing for election in the local elections in Weligama, where Montague Jayawickreme had his parliamentary seat and opponents might question whether or not such an issue at the time of elections represents a political neutrality. Rating:- **. 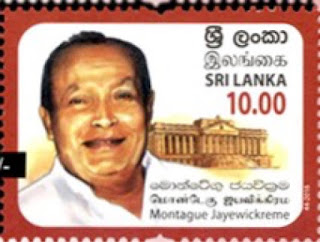 🇬🇬 Guernsey Post will issue a set of 6 stamps on 17 May 2017 with the inscription "Alderney" on the subject of Scenes of Alderney. This is a colourful set which is of local interest of course but there's nothing particularly new or exciting about the issue although the designer has seized the opportunity to incorporate several different themes on individual stamps in the set (trains, lighthouses, automobiles and so on) thus attempting to make the set appeal to numerous thematic collectors. Rating:- ***.

🇯🇪🇬🇬 The Melbourne 2017 International Stamp Expo is to be commemorated by Jersey Post by the issue of  the ubiquitous "Jersey Arms" Post and Go labels with an added inscription, "Melbourne 2017/Int. Stamp Expo", dispensed at the exhibition from 28 March to 2 April 2017 from a kiosk it will share with Guernsey Post which will issue its equally ubiquitous "Guernsey Flag" label in strips of 6 different values  with the same added inscription. These items make a good exhibition souvenir but are otherwise of little interest. Rating:- 0. 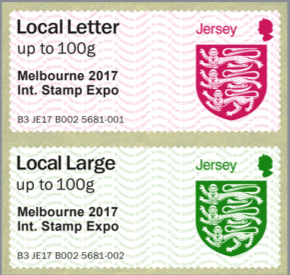 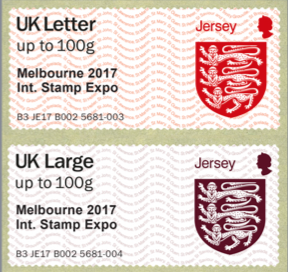 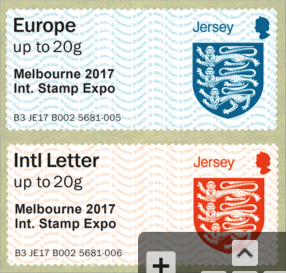 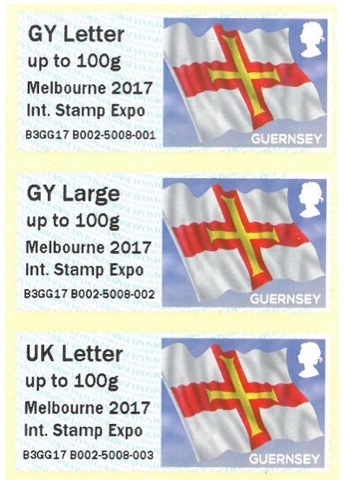 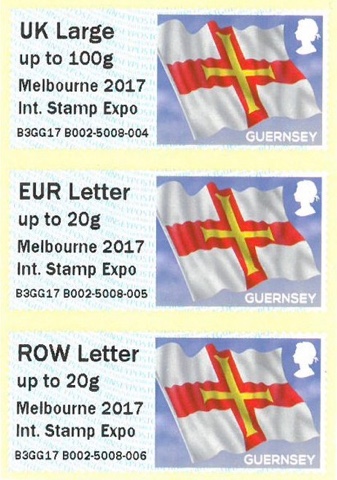