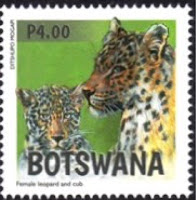 🇧🇼 Botswana Post issued a set of 4 attractive stamps on 28 February 2017 on the subject of Leopards of Botswana. The issue was designed by Ditshupo  Mogapi. Another very collectible issue from Botswana Post! Rating:- ****. 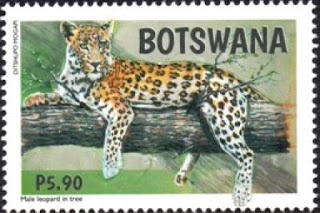 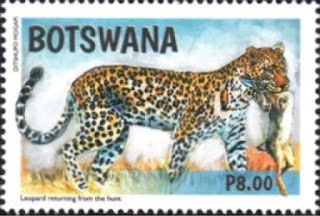 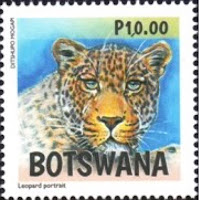 🇬🇮 The Royal Gibraltar Post Office released its "Barbary ape" Post and Go label on 22 February 2017 from its kiosk, GI01 situated in Gibraltar House in London, with an additional inscription - "Calpe House Trust". Of course, for this item to be Postally valid it would have to be flown from London to Gibraltar and posted there. The Trust is a charity which helps sick Gibraltarians if they require to be brought to Great Britain for treatment. At least this issue commemorates the link between The Rock and Britain and so has some relevance to the place where kiosk GI02 is sited. Nevertheless, rating of issue:- *.

🇬🇧 Royal Mail will issue a strip of 6 different Post and Go labels with an alternative version of the Queen's Head printed on them to commemorate the 50th anniversary of the issue of the first pre-decimal "Machin Head" stamps. I can't really understand why these do not use the classic Machin Head design as it is that which is being commemorated but I like the use of different colours which hark back to those used on the first Machin stamps of 1967. Rating:- ***. 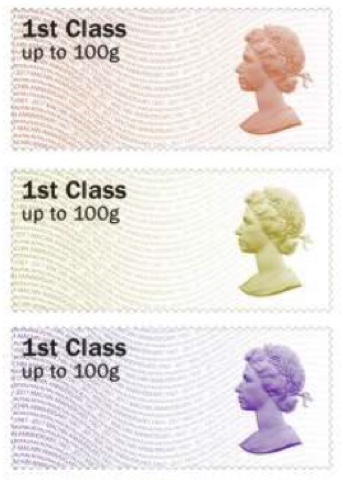 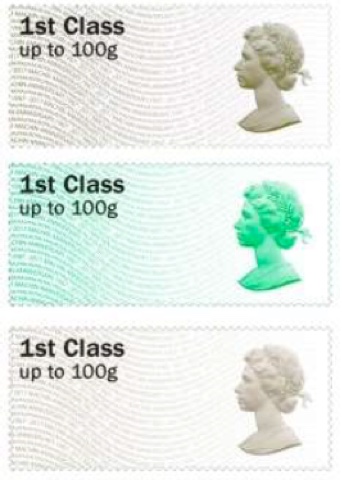 🇫🇯 Fiji Post has issued a set of 4 stamps to commemorate the Chinese New Year, the Year of the Rooster. The set was produced in co-operation with the China Cultural Centre in Suva and the launching ceremony of the issue took place on 22 February 2017 in the presence of the Chinese Ambassador to Fiji. The issue was designed by Wang Shaoqiang who donated his paintings used for the designs to Fiji Post for its archives. Rating:- **. 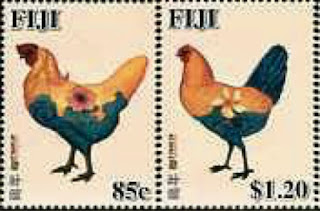 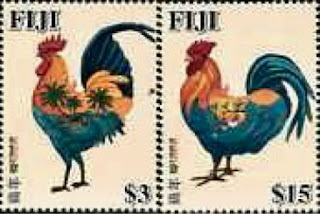 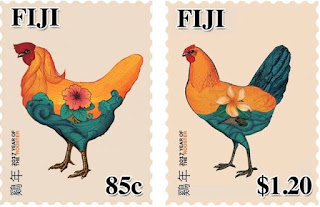 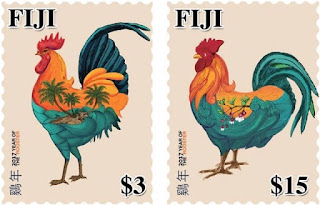