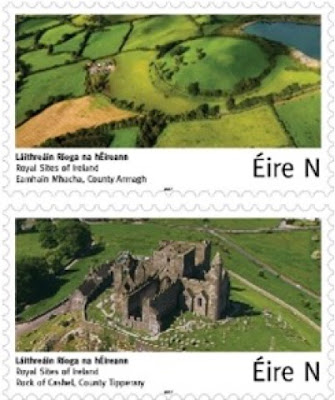 🇮🇪 An Post, the postal service of the Irish Republic, issued a block of 4 stamps on 20 April 2017 which depicted ancient royal sites of Ireland. The interesting designs depict views of The Hill of Tara,
Eamain Mahacha, Rathcrogan and the Rock of Cashel. The set was designed by Source Design, lithographed by Cartor and perforated 13.5. Rating:- *****. 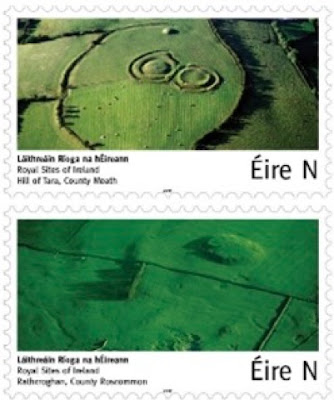 Upcoming issues of Ireland are:-
4 May 2017 - Europa, Castles of Ireland - 2 stamps - Dublin Castle and King John's Castle, Limerick. Designed by Kelvin Gillmor and lithographed by Cartor and perforated 13.5. Rating:- *****. 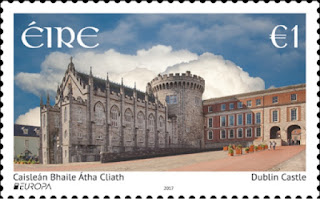 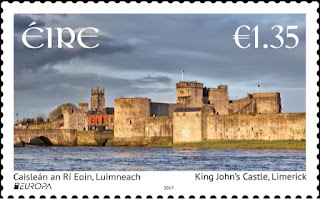 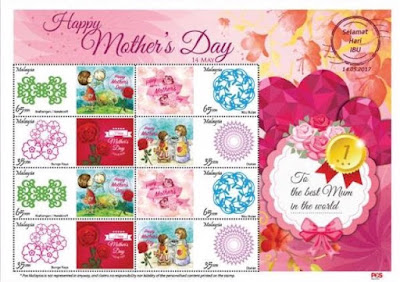 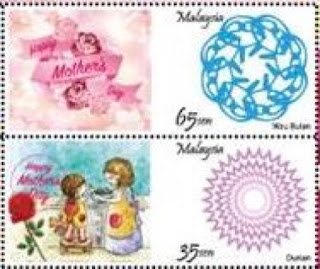 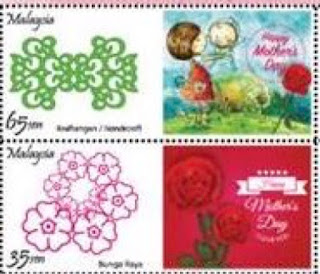 🇲🇾 It has been suggested that  Royal Gibraltar Post Office may follow Guernsey Post's lead in dispensing Post and Go labels with the names of individual visiting cruise ships. This is a daunting thought since during 2017 a total of 255 cruise ship visits are scheduled to occur and although some have already taken place there are still 229 due to take place for the rest of this year. This makes Guernsey's total number of cruise ship visits of less than 70 look trifling in comparison. Even if collectors only bought the labels for cruise ship first visits (and I haven't added them up lacking the morale to do so) the total cost looks as though it would be very daunting and the cost of a Collectors strip for each visit would be astronomical. Such a project would also probably keep a post office employee occupied full time. So, I say to the Gibraltar Post Office, "Don't even think about it".

🇬🇧 I visited the gift shop of the Shakespeare Birthplace Trust in Stratford-upon-Avon this morning (21 April) and can confirm that Post and Go kiosk A009 is no longer dispensing stamps with the added "Shakespeare Week" inscription but has reverted to dispensing Machin Head stamps and Union Jack stamps with the original added inscription, "Shakespeare birthplace trust". The Machin Head design has the code MA13.
This is a little disappointing as one might have expected a new added inscription to take note of the celebrations of Shakespeare's 453rd birthday in Stratford this weekend. There are many tourists in the town at present though there's no evidence that many of them use kiosk A009 to dispense stamps for their usage as I have not ever yet seen anyone other than a stamp collector obtain stamps from the kiosk and at about 11am this morning I was the first person to have bought stamps from the machine today.