944. More IGPC Issues Exploit The Memories Of Diana And Kennedy. 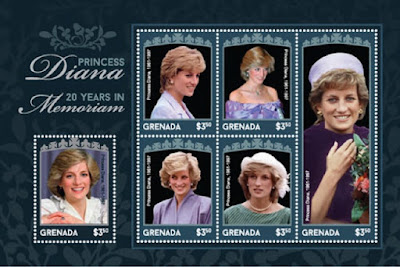 IGPC has released the designs of more paraphilatelic items designed to exploit the memories of the late Diana Princess of Wales and the late US President John Kennedy. In addition there is another "issue" which clearly emanates from its Chinese office which aims to please the Chinese new issue stamp market rather than people of the country whose name is printed on these items. All the following issues are rated 0:- 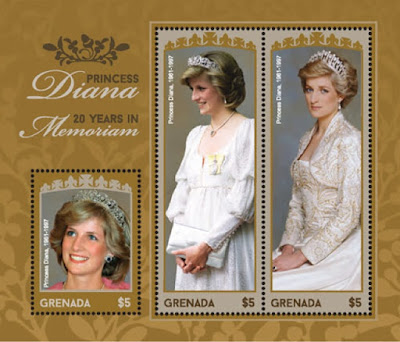 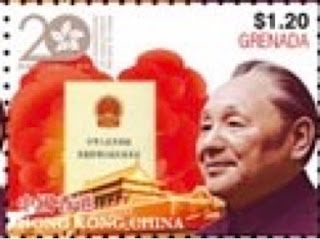 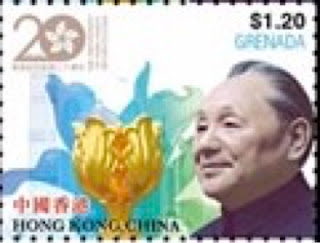 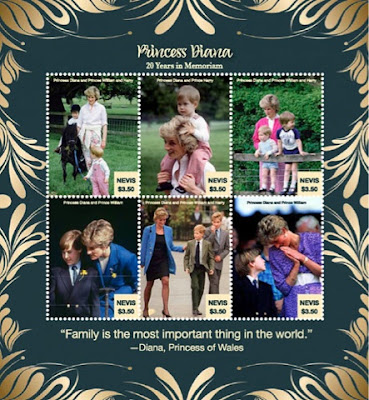 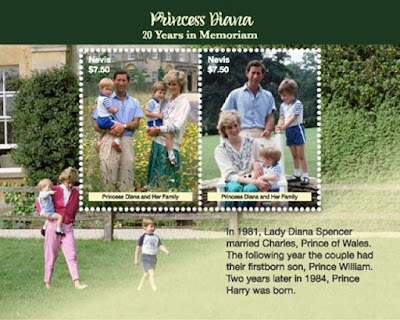 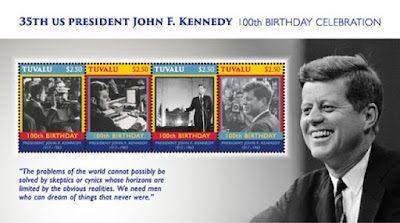 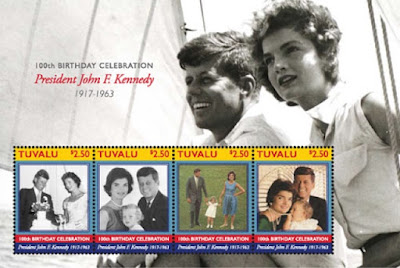 Finally, another example of IGPC's bizarre choice of subjects - an upcoming multi-client terrtrory issue is to be "Beaches of the world" - the promotional information states, "In anticipation for warmer weather, IGPC presents beaches of the world!" and describes the products as "IGPC's First Stamps of Spring".
An example is shown which is a miniature sheet with the name of Grenada inscribed on it but depicting "Navagio Beach Greece". Why on earth would the Grenada Post Office want to depict and promote the beaches of foreign countries when Grenada has plenty of delightful beaches of its own and on which, no doubt, those who promote tourism in Grenada would like to see foreign tourists sprawled? This will hopefully be another one of those issues which the Stanley Gibbons Catalogue editor will consign to the nether regions of the Catalogue's Appendix (see Blog 943). 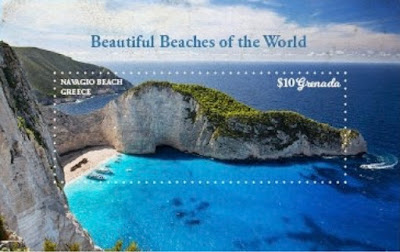 🇮🇲 The postal service of Isle Of Man will issue a miniature sheet containing 5 different stamps on 6 April 2017 on the subject of local festivals to commemorate the 125th anniversary of the Manx Music, Speech and Dance Festival. This is an attractive and well designed issue of local relevance. Rating:- ****. 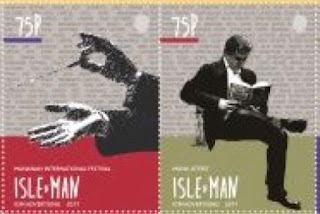