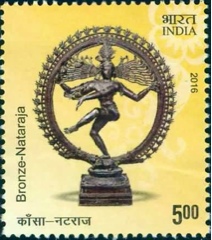 India Post issued a delightful and interesting set of 6 stamps and 1 miniature sheet on 26 August 2016 on the subject of Metalwork in India. Pieces produced from different metals - bronze, iron, copper, brass, silver and gold - are featured and all the designs are included in the miniature sheet. Rating:- *****. 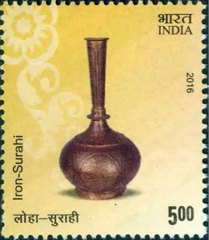 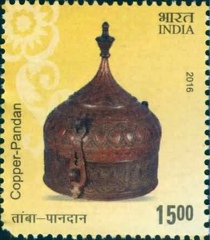 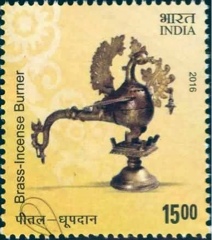 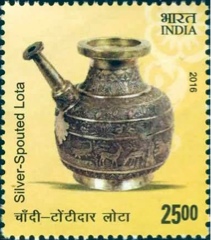 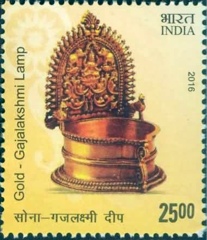 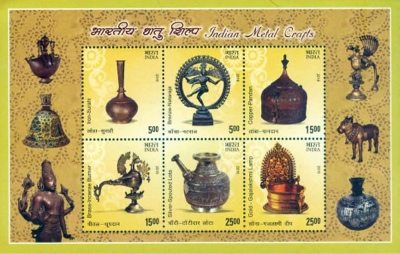 India Post also issued a single stamp on 27 August 2016 to commemorate the Centenary of the birth of Jagadguru Sri Shivarathri Rajendra Swamy, a religious figure in Karnataka and a worker to improve social inequality, poverty and education. Rating:- ***. 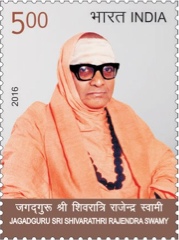 Hong Kong Post will issue 4 stamps and 1 miniature sheet on 6 September 2016 on the subject of "A Tribute to Teachers". The set was designed by Andrew Lo and lithographed by Enschede and perforated 13.5. Not the most exciting of issues but it's good to see people such as teachers being commemorated on stamps rather than the usual mix of footballers, pop singers and other "celebrities".
Rating:- **. 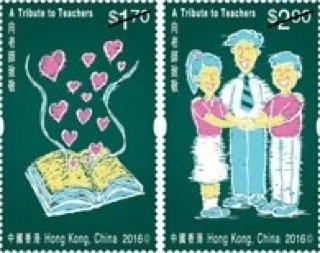 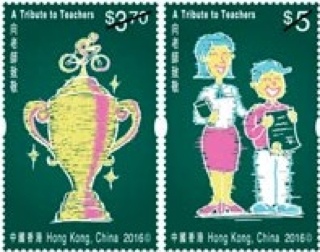 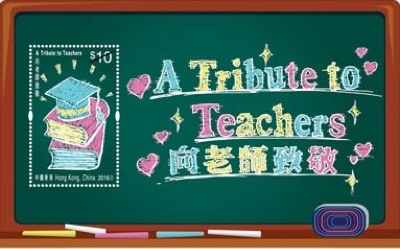 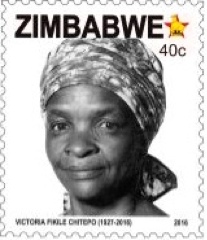 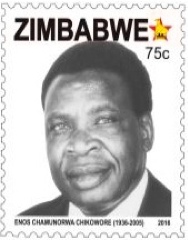 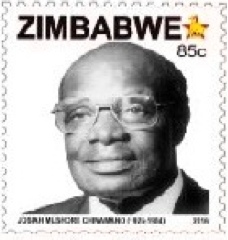 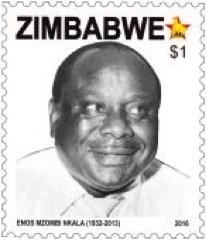 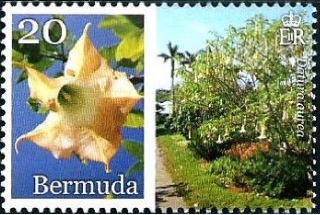 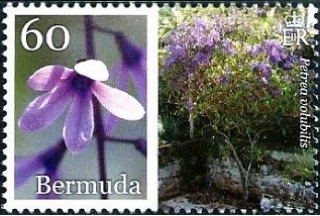 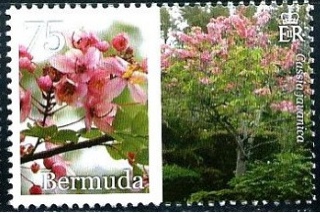 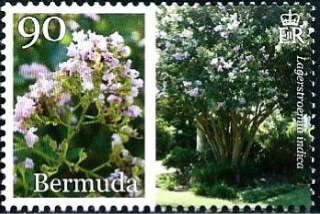 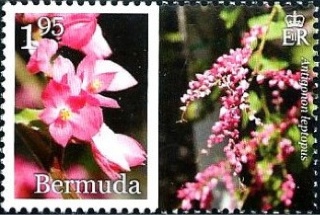 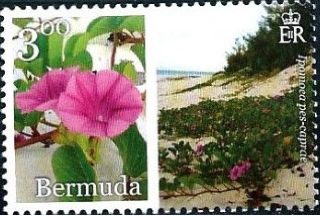 Intelligent AR's latest announcement in its website about Post and Go issues for the Royal Gibraltar Post Office is mildly amusing:-
"Gotham's (sic) Cave gets World Heritage Status and an Overprint" (before you reach the conclusion that IAR are referring to Batman's subterranean crime-fighting laboratory under "stately Wayne Manor", read on....). "The Royal Gibraltar Post Office will include a unique overprint, "Gorham's Cave World Heritage" during Stampex on the Gibraltar monkey only as from the 14th September. This overprint will then be applied to both the Gibraltar monkey stamp as well as the Chinese monkey stamp on all three kiosks following Stampex". Presumably this alludes to the kiosk GI01 based at Gibraltar House in London (not valid for postage in London of course) and the Main post office and Parcel office in Gibraltar where the stamps will be valid for use on mail.
The announcement also states that, "the overprint recognises the World Heritage Status given to Gibraltar's "Gorham Cave". This is Gibraltar's first site to be included in UNESCO's Workd Heritage list. "Gorham's Cave" is the last known site of Neanderthal survival (actually I know of a lot of places where Neanderthals still seem to be flourishing), some 28,000 years ago, and has been a major contributor in providing a clearer picture on the world stage of the story of the Neanderthals as well as preventing evidence of climate, sea-level and ecological change".
I shall not bother to obtain the tiresome exhibition labels or those from Gibraltar House but those actually dispensed at sites in Gibraltar itself may find their way into my collection as the issue commemorates an event of Gibraltar local importance - that is - the awarding of World Heritage status but it is very annoying that the Gibraltar philatelic bureau can not trouble itself to sell the items directly to collectors via its website and thus collectors who live outside Gibraltar must pay the large mark-up which dealers who sell these stamps quite reasonably charge collectors. I've asked before, and I say again, why can't the managers at the Gibraltar Philatelic Bureau pull their socks up and delegate one of their assistants to stand at the Gibraltar-based kiosks and dispense strips of Post and Go stamps for direct sale to collectors? Too much trouble I suppose.
From 9 October 2016, both the Gibraltar monkey and Year of the Monkey stamps will be dispensed from GI02 in Gibraltar's main post office and GI03 at the Parcel office with the added inscription "World Post Day" and then from 2 November 2016 two new Post and Go Christmas stamps will be released. The torment of collectors by "Post and Go" goes on.
Posted by White Knight at 23:12