New Zealand Post has released 3 more sheetlets of 6 stamps to commemorate the country's medal winners at the Rio De Janeiro Olympic Stamps.
The first commemorates Genevieve Behrent and Rebecca Scown who were silver medallists in the women's rowing coxless pairs on 12 August. Rating:- *****. 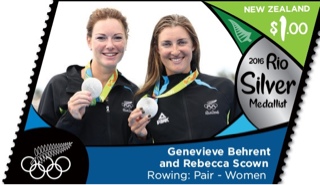 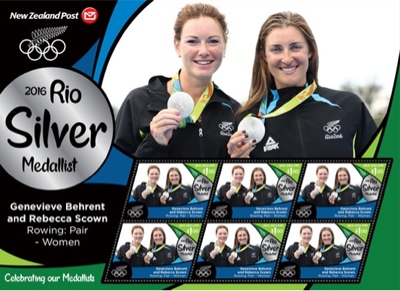 The second sheetlet commemorates another silver medallist, Valerie Adams, for her performance in the women's athletics shot put. Rating:- *****. 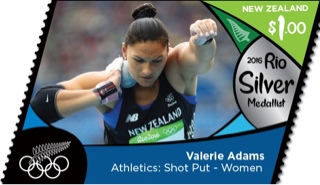 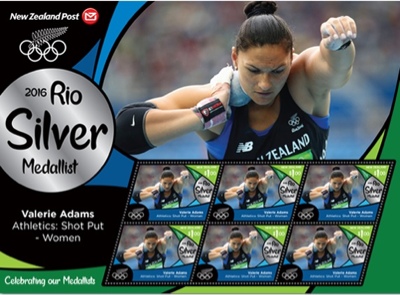 The New Zealand team has now won 8 medals, two being gold, the rest being silver, so collectors have therefore a total of NZ$48 worth of sheetlets to buy.
Meanwhile the third of the new sheetlets commemorates Mahe Drysdale's gold medal victory in the men's single sculls event on 13 August 2016. I presume this latter issue will be released on 15 August 2016. Why does the illustration show his shoulders and back and not his face? Rating:- **. 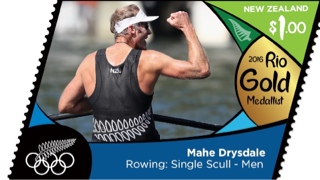 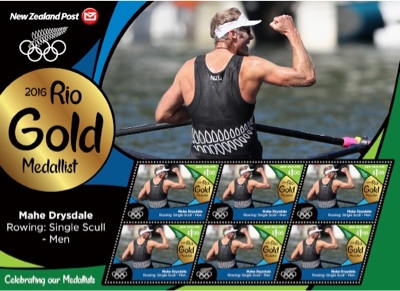 I feel desperately sorry about what is happening with stamps from the Isle Of Man postal administration - there are so many expensive, irrelevant issues pouring out of the island that some IGPC client territories are releasing less stuff than this once highly collectable island.
What a pity. I suppose that the postal administration is in such dire financial straits - so much so that they've had to close their 2 flagship post offices in Ramsay and Douglas and open postal counters in nearby supermarkets - that every department has had financial  targets imposed on them to maximise sales of items and services - just as on the mainland, every time a customer goes to buy a stamp in a post office now they are grilled on whether or not they want to take out travel insurance or buy foreign exchange - and the Manx Philatelic Bureau is not exempt from such targets. Presumably that is the reason for the ridiculous amount of new stamp collectables being pressed on collectors. And of course, the Philatelic Bureau there is always "proud" or "pleased" "to announce" the latest gummed paper they're offering for sale.
We should therefore not be surprised to read that "The Isle Of Man Post  Office is pleased to present "Islands and Bridges", a set of six stamps showcasing the work of internationally renowned artist and designer Roger Dean (sorry, never heard of him). The issue marks a most significant collaboration between the artist, Isle of Man Post Office and Manx National Heritage and coincides with a landmark exhibition, of the same name, at the Manx Museum in Douglas" (talk about talking something up). "This vibrant set of stamps of Roger Dean's most recognisable artwork of album covers including Yes and Uriah Heap (sorry, not at all recognisable to me). Exclusive to this collection is the image 'Meeting Place' which was inspired by the Isle of Man".
The 'Meeting Place' design appears on the 45p value and other featured designs are:- "Blind Owl Late Landing", artwork for The Blind Owl album to be released (77p), "Pathways", cover for the Yes triple album "Yessongs" (95p), "Green Parrot Island" - from Yes - The Studio Albums 1969 - 1987 Box set (£1.24p), "Tales From Topographic Oceans" - Yes album cover (£1.69p) and "Sea of Light" from the Uriah Heap album of the same name (£2.08p). The portrayal of all these music album covers seems to be very derivative of the Royal Mail issues featuring the same subject in 2010 along with similar designs used on its tiresome "Pink Floyd" issue this year.
The set is described as using images by Roger Dean (not surprisingly) and text by Dave Mouseley, Sir Richard Branson and Rick Wakeman with printing in lithography "plus metallic" by Lowe-Martin and perforated 13.
Dean himself appears to have no connection with the Isle Of Man, having been born in Kent and having lived in East Sussex from 1972. The music group "Yes" was active from 1968 to 1981 and then it has performed subsequently though the group members are best described, to be polite, as "veteran". Rick Wakeman, a member of the group, now aged 67, is a resident of the Isle Of Man and presumably this is the main connection between the subject of this issue and the island along with the added excuse of the 2 week-long exhibition of Dean's art at the Manx Museum. It all seems very contrived but that's modern stamp collecting for you.
It looks as though we are going to be besieged by the philatelic depiction of old album covers of groups which were made up of what are now rather old men, the thinking being, presumably, that the now elderly baby boomer generation, who now make up the large proportion of stamp collectors in Britain at least, can relive the musical delights of their youth. It all smacks of desperation to me. What's the betting that it won't be long before Jersey Post and the Gibraltar Post Office get in on the act.
Rating:- 0. By the way, the total face value of the set is £7.18p. The date of issue will be 19 August 2016. 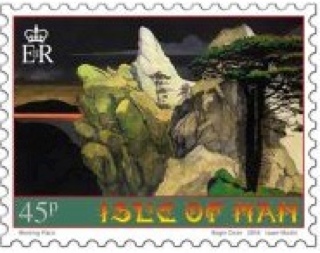 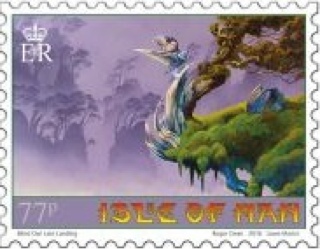 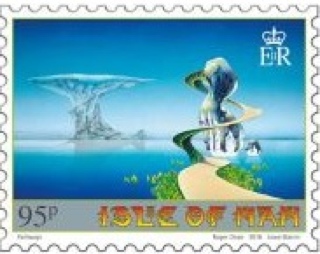 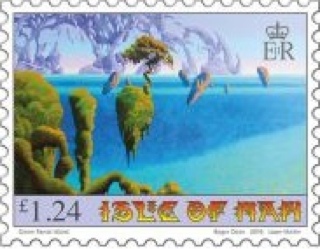 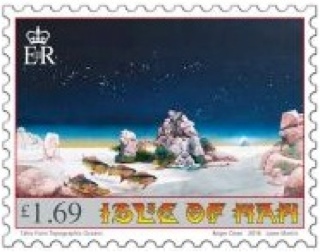 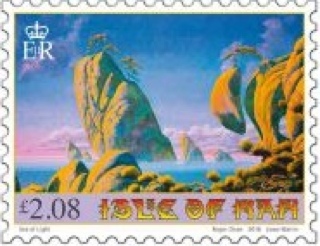