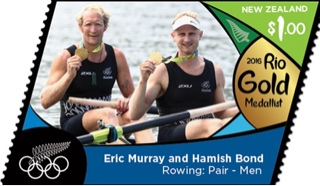 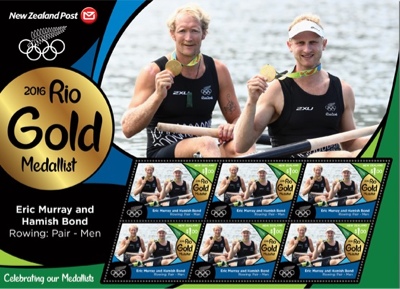 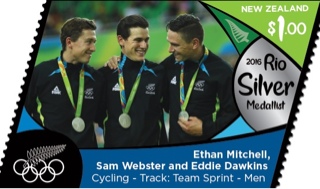 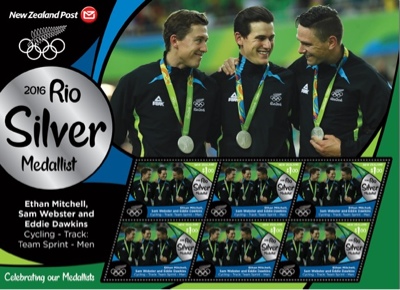 Luuka Jones was awarded a silver medal in the women's canoeing slalom K-1 event on 11 August 2016. 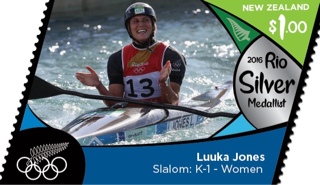 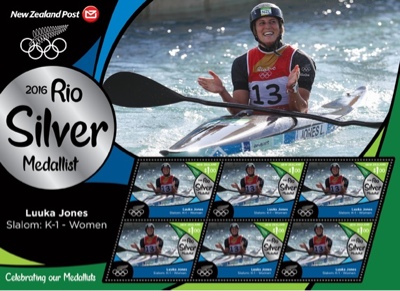 Finally, a sheetlet has also been issued to commemorate the silver medal won by the New Zealand women's rugby sevens team on 8 August 2016. 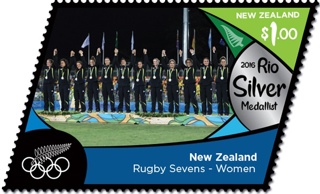 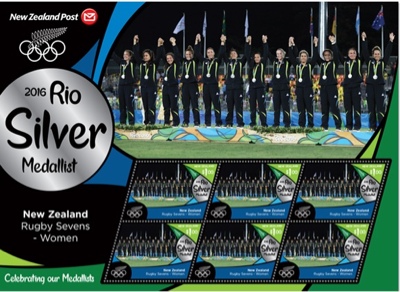 New Zealand Post has therefore now issued a total of 5 Olympic medallist sheetlets - very colourful and interesting and worthwhile from a national image point of view, New Zealand being a country with a small population which is quite reasonably proud of its Olympic achievements. So, after a week of the Games, collectors have a moderate number of sheetlets to add a new perspective to their New Zealand collection. Rating:- *****.
It is worth noting that Fiji has won its first ever Olympic medal - a gold no less - in the men's rugby sevens competition, thrashing the Great Britain team by 43 to 7. Somehow, I can not help but think that eventually we will be seeing a commemorative stamp from Fiji to commemorate its rugby players' achievements.
Quick Fact - the total face value of all stamps, miniature sheets, prestige booklets, commemorative sheets, "my occasions" sheets and Post and Go labels/stamps issued during 2016 to date (12 August 2016) by Jersey Post is ...... £338.82p. Are you still a "one of everything" collector? By the way, that total does not include the 5% value added tax which Jersey Post imposes on customers in The United Kingdom.
If an old-fashioned "one of everything" collector of The Commonwealth countries were trying to do the same for the 87 Commonwealth philatelic entities that exist today and if all those territories pursued the same aggressive assault on collectors' pockets as Jersey Post (and some of them do) then he/she would have spent £29,477.34p so far this year (not including taxes and dealers' mark up). There's a thought.
The Pitcairn Philatelic Bureau was present at the New York 2016 philatelic exhibition and seems to have produced a miniature sheet to coincide with its attendance there whereby the previously issued Pitcairn Islands Albatross miniature sheet was overprinted in the upper margin with the exhibition's logo. Presumably, the date of issue was 28 May 2016. Rating:- ***. 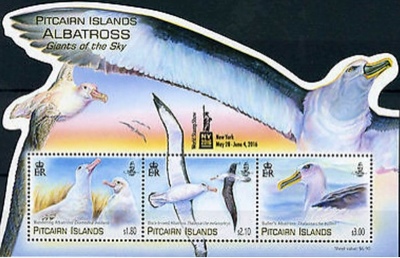 The Bangladesh postal administration has also overprinted previously issued items in connection with the Thailand 2016 32nd Asian International Stamp Exhibition held in Bangkok from 10 to 15 August 2016 as depicted below. Rating:- **. 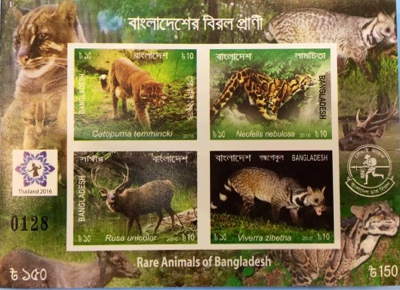 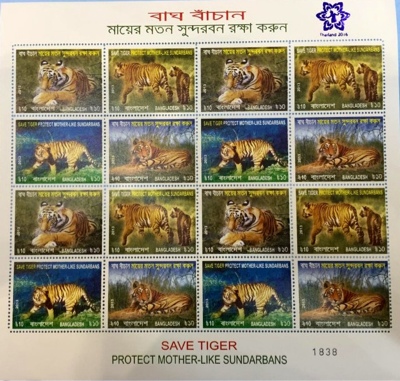 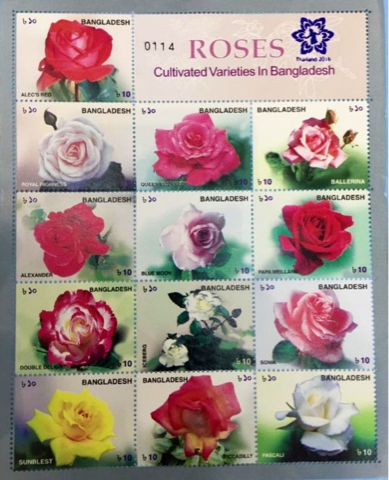