803. Gates And Gardens Of Gibraltar. 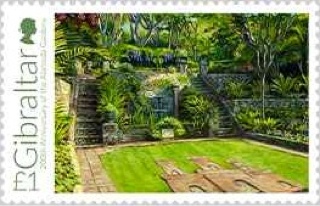 On 25 July 2016 Gibraltar Post issued 2 delightful sets on local subjects and unaccompanied by miniature sheets or other expensive add-ons - the first commemorates the Bicentenary of the Alameda Gardens and was designed by Stephen Perera from excellent art by Jonathan Pointer. The issue was lithographed by Lowe-Martin.
The second issue is on the subject of Historic gates of Gibraltar and was designed by Stephen Perera from art by Leslie Gaduzo and lithographed by Lowe-Martin.
These are 2 excellent and attractive sets - what a pleasure it is to have these lovely, old-fashioned, locally relevant stamps - if only Gibraltar Post could produce such items all the time instead of giving us increasingly numerous irrelevant and tedious stuff such as the Chinese New Year issues. Rating:- *****. 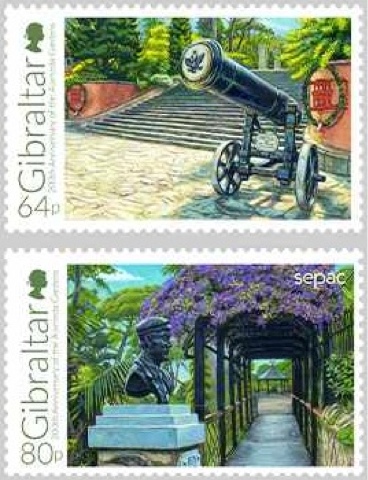 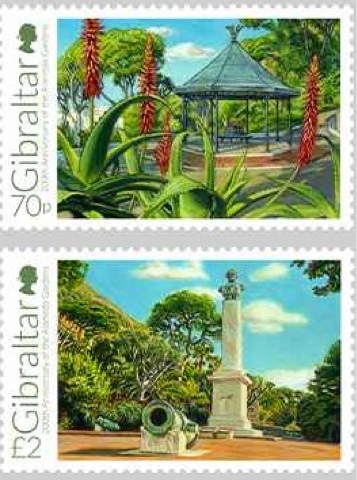 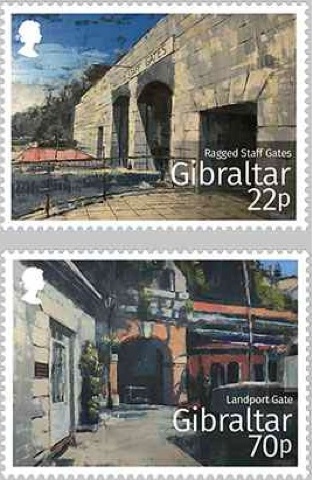 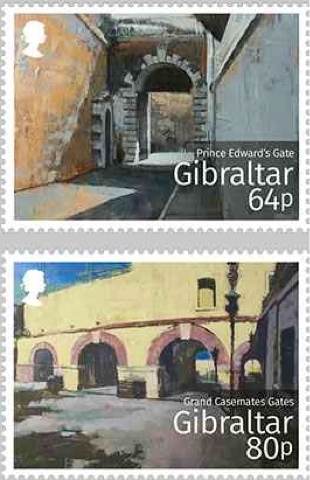 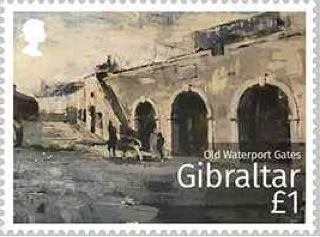 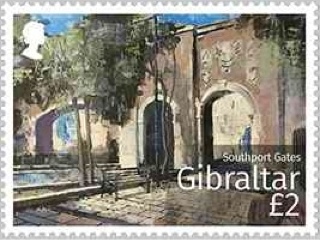 In Blog 801, I mentioned the set of 6 stamps and accompanying miniature sheet that was issued by India Post on 8 August 2016 on the subject of Orchids and this issue is now illustrated below. Rating:- ****. 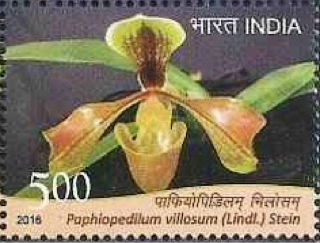 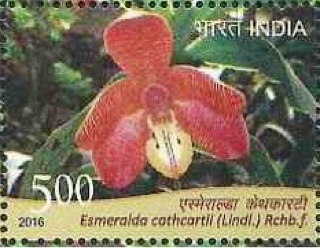 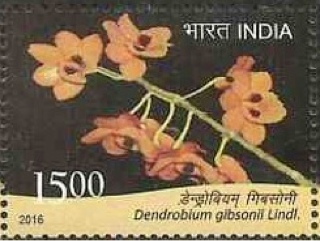 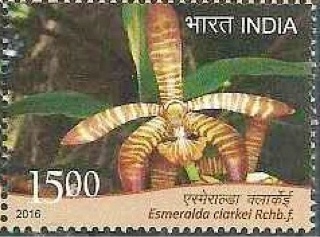 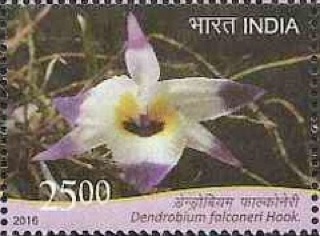 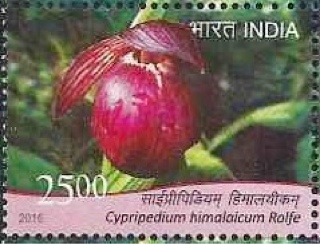 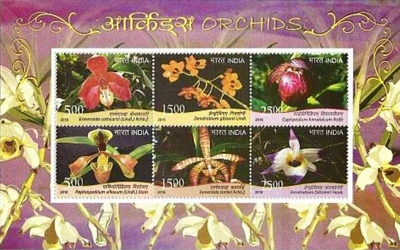 In Blog 797 I mentioned the set of 5 stamps issued by the Brunei Darussalam postal service as a se-tenant vertical strip with an accompanying miniature sheet containing all 5 stamps to commemorate the 70th birthday of the Sultan of Brunei and these are now depicted below. There was also a second miniature sheet with a face value of  $70. 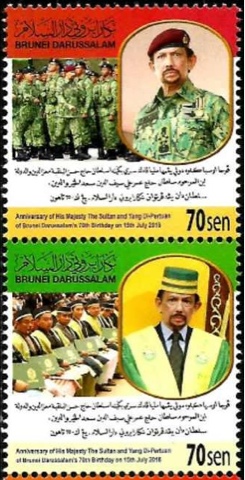 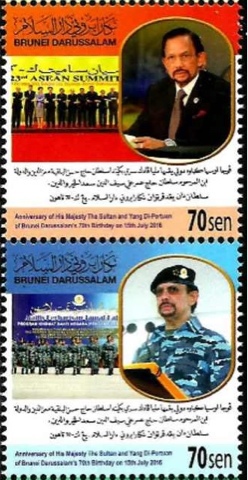 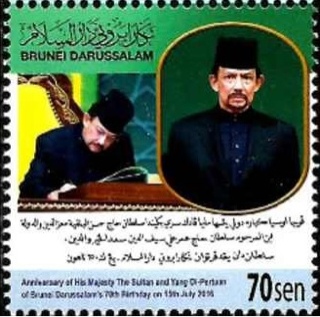 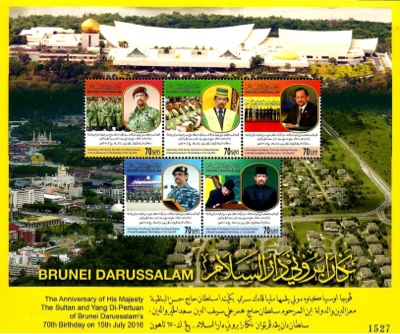 Australia Post has not yet released any of its Olympic Gold Medallist sheetlets (see Blog 802) and a fourth one will now be required following the victory of the Australian team in the Women's Rugby Sevens competition - at $10 per sheet the costs are beginning to add up for collectors.
The Australians defeated New Zealand in the final of the event which means that New Zealand Post will issue a second miniature sheet of 6 stamps to commemorate its teams success.
New Zealand Post has announced 2 further issues. I find the first to be very annoying - another one of those tiresome multi-stamp sheetlets which New Zealand Post feels it necessary to release annually, this time on the subject, "It's a Kiwi thing...".  This sheetlet contains 14 different stamps and is accompanied by a "free carton of crayons and colouring book" no doubt to attract children though when you think about it, if a parent wants to buy a pack of pencils and colouring book for their child they're not going to want to spend $14 on the articles. Also, I presume that the cost of postage when buying a  sheetlet of stamps from the New Zealand Bureau will be greatly increased by the weight of the pencils and book. Just send me the stamps! Rating:-*
The issue was designed by Chris Davidson, Graeme Mowday and Jack Faulkner and lithographed by Southern Colour Print and perforated 14.5. The date of issue will be 7 September 2016. 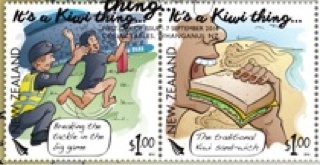 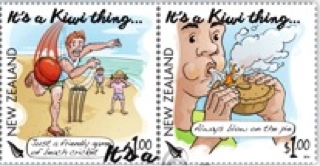 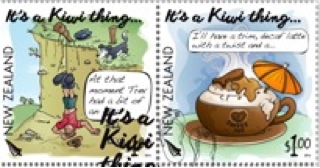 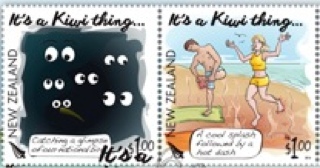 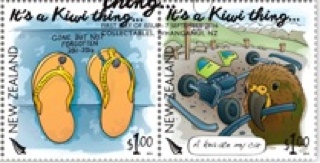 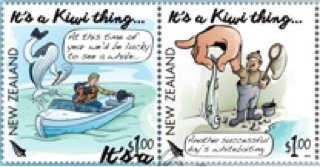 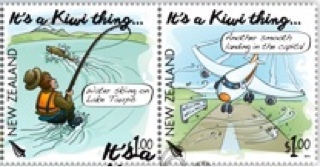 Children remain the subject of the second issue of stamps which has been announced by New Zealand Post which will also be released on 7 September 2016. The subject is "Children's Health Being Active". All 3 stamps are gummed and were designed by Stephen and Di Fuller and lithographed by Southern Colour Print and perforated 14.5. A miniature sheet accompanies the issue. Rating:- **. 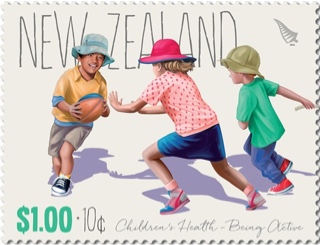 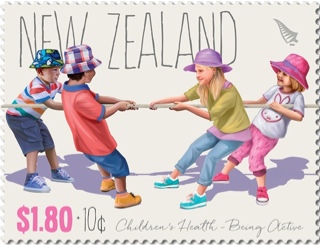 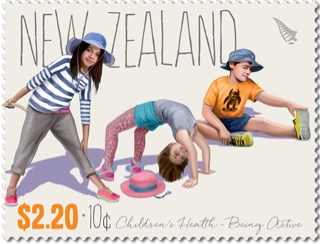 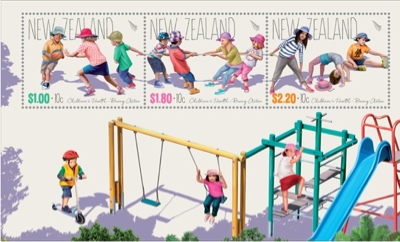