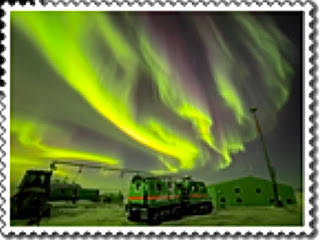 🇳🇿 New Zealand Post will issue a set of 4 stamps and 1 miniature sheet on behalf of Ross Dependency on 7 October 2020 on the subject of the Seasons of Scott Base which has the very irritating gimmick of depicting a thumbprint and the word touch along with the face value and the territory’s name and nothing else. The stamps were lithographed using heat sensitive ink by Southern Colour Print and are perforated 13.5. Once one has undergone the tiresome business of applying one’s finger to the stamps the attractive designs appear but if the stamps are sitting in a album the set looks more like a police department’s fingerprint collection. The designer was Cam Price of New Zealand Post and if this was his silly idea we might hope that he has been furloughed subsequent to producing these gimmick stamps. Rating:- 0. 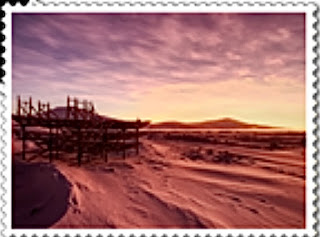 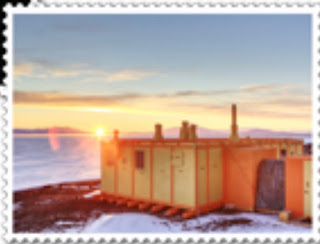 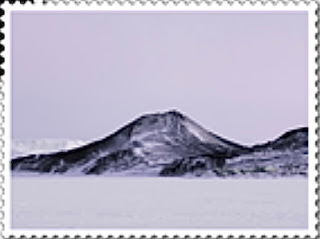 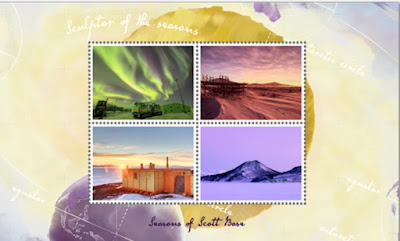 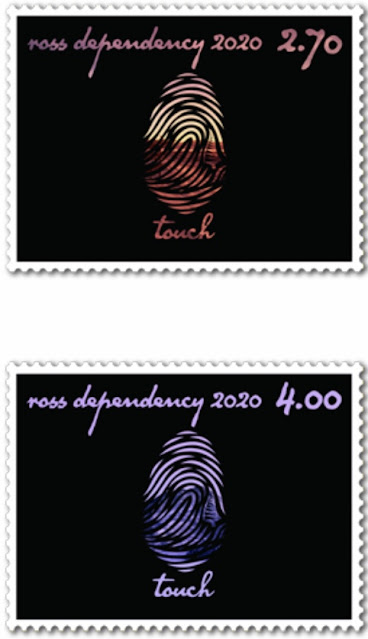 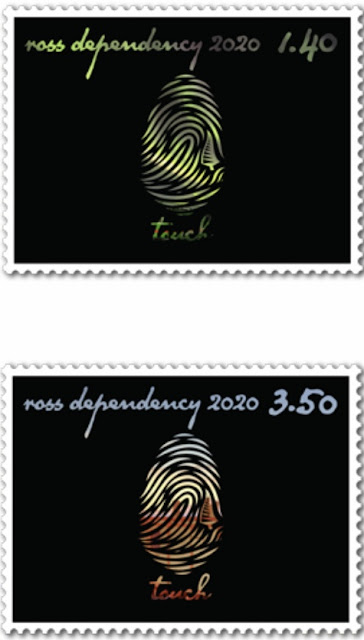 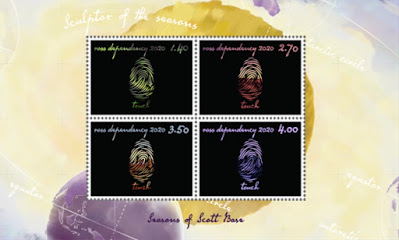 🇯🇲 In addition to the 4 stamps issued by Jamaica Post on 7 September 2020 (see Blog 1739) a miniature sheet containing all 4 stamps was also released. Much better illustrations than in Blog 1739 of the 4 stamps are shown here (they were originally posted on Stamp Boards by Gene who kindly sent them to me also so I could use them here (thanks to Gene). 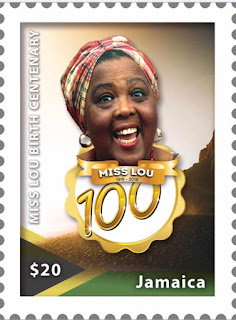 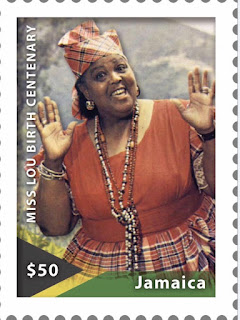 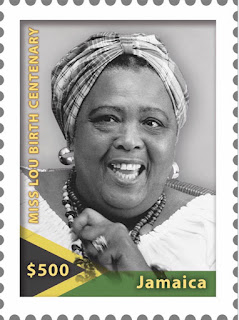 🇬🇧 Norvic Philatelic Blog has drawn attention to the resulting effects on Royal Mail Post and Go stamps of changes in postal rates from the beginning of September 2020. Here in Birmingham there are 11 NCR kiosks situated in Pinfold Street post office which is the main post office in the centre of Britain’s second largest city. Since the start of the COVID-19 crisis only 2 of those kiosks have actually been in use. One of them currently dispenses the classic Machin Head Post and Go stamps (MA16) and the other the 50th anniversary of the Machin Head Stamps set of six.
The three new values are:- Euro 100g World 20g, World 100g Zone 1-3 and World 100g Zone 2. These three new values for each design are depicted below :- 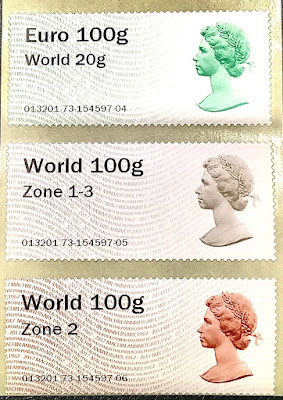 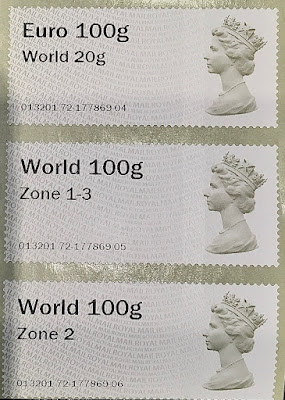 Other designs and codes have been reported and are listed in the Norvic Blog. The Blog also draws attention to the same changes being applied to stamps dispensed by IAR kiosks. It appears that the various museums involved are the Postal Museum (A001), Royal Navy Museum (A002), Fleet Air Arm Museum (A003), Royal Navy Submarine Museum (A004),HMS Trincomalee (A006), Museum of Firepower (A007) and the Shakespeare Birthplace Gift shop in Stratford upon Avon (A009). The Shakespeare shop kiosk, on my several visits since just before Christmas 2019, was always out of use but it appears to have been reactivated on 17 September 2020 to dispense the new postage rates on strips of Machin Head stamps (added inscription Shakespeare 1616)  (my example has a MA14 code) and the Heraldic flowers set of 6 stamps (added inscription Shakespeare 1564) (code MA17 as before). The 5th value of each design initially had the inscription World 100g Euro 1-3 but this was rapidly changed to World 100g Euro 1 & 3. This revised inscription has also been introduced on stamps dispensed by kiosks situated elsewhere. I hope to be able to illustrate the second version next week. 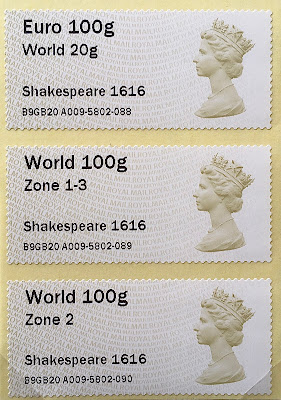 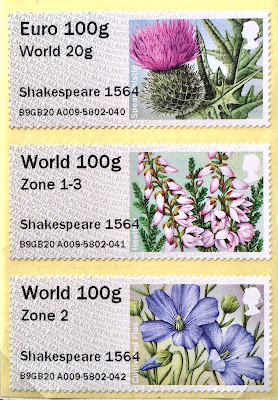