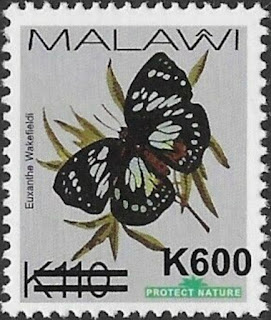 🇲🇼 The postal service of Malawi issued 2 new surcharges during August 2020. The stamps are the previously issued K110 Butterflies ‘Protect Nature’ stamp surcharged K600 and the K115 value from the same set surcharged K900. These, as far as is known, are the first stamps to appear from Malawi in 2020. Rating:- ****. 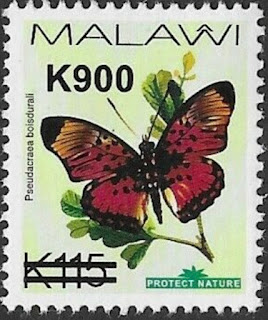 🇨🇦 Canada Post will issue a single self-adhesive stamp from booklets of 10 on 21 September 2020 on the subject of the Canada Post Community Foundation. The stamp includes a 10c surcharge as a contribution to the Community Foundation. The slightly twee but nevertheless delightful design depicts the community of animals that might live in a tree in Canada and was designed by Subplot Design Inc from an illustration by Isabelle Arsenault. Rating:- ****. 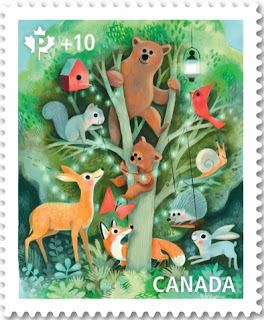 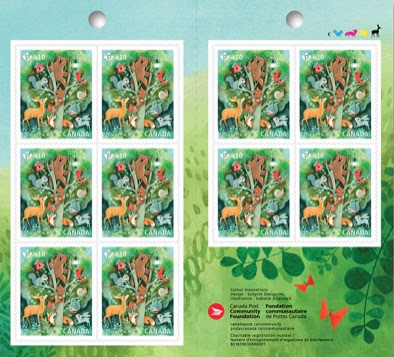 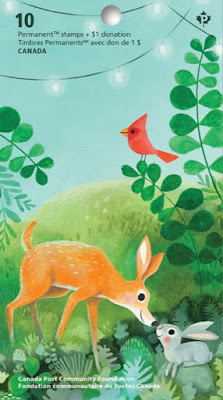 🇮🇲 Isle Of Man Stamps and Coins has sent out a large postcard to it customers advertising the set commemorating the popular musician Mitch Murray, an Englishman who lives on The Isle Of Man, which it plans to issue on 16 September 2020. Of interest is an imprinted stamp on the reverse which reproduces one of the designs from the set with a printed cancellation dated 16.09.2020 (though the card was received on 14 September). I may not approve of IOMS&C’s excessive number of stamp issues and the way the subjects of some of them are very tangential to Isle Of Man but I do admire some of their ways of promoting the products and these postcards with imprinted stamps are particularly pleasing. Unfortunately such items do nothing to persuade me to actually buy the stamps themselves. 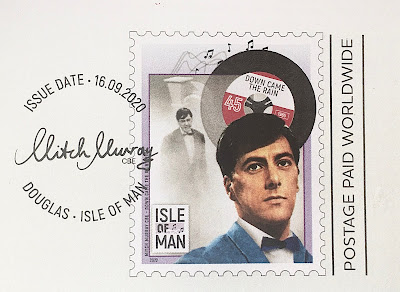 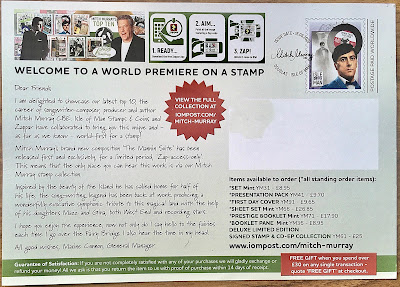 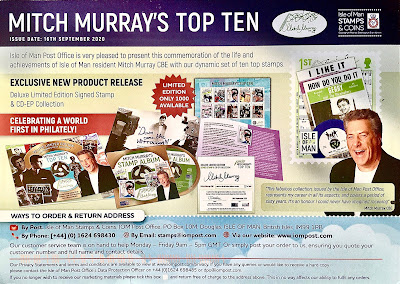