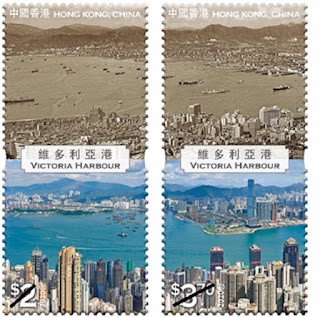 🇭🇰 Hong Kong Post issued 4 stamps and 1 miniature sheet on 20 September 2020 on the subject of Hong Kong Past and Present featuring views of Victoria Harbour in 1962 and 2020. This issue was designed by Colin Tillyer and lithographed by Enschedé and is perforated 13.5 x 14.There does not seem any particular reason for this issue to have been released at this present moment. Rating:- *. 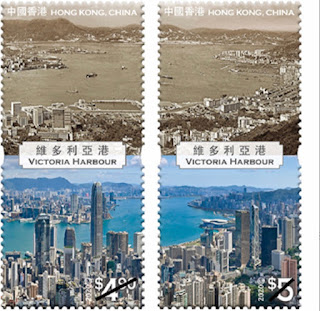 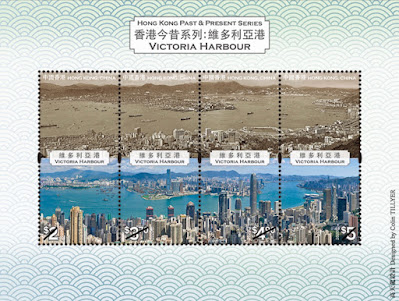 Hong Kong Post will also issue a set of 6 stamps and 2 miniature sheets plus a special “Stamp album” containing the 6 stamps and 2 miniature sheets and 2 non-postally valid ‘black prints’ sold for HK$480 in a limited edition of 5000 (collectors wishing to order the albums are now too late as they are ‘sold out’) on 29 October 2020 on the subject of Storm Riders, a fantasy comic using the artwork of MA Wing-shing. This is clearly an aspect of popular culture in Hong Kong about which I have no knowledge. The art is colourful and interesting and the issue clearly has a significance to Hong Kong locals but HK Post now clearly issues far too many stamps every year. Rating:- *. 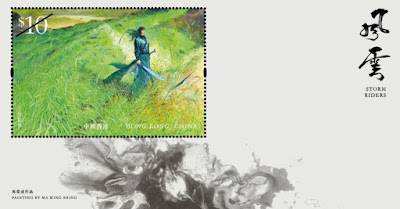 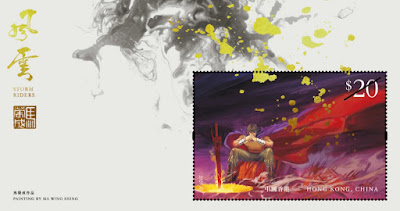 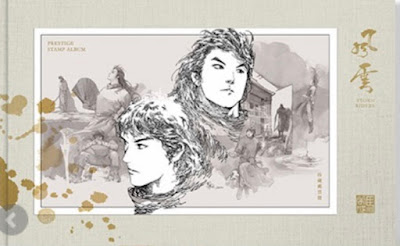 🇲🇲 The postal service of Myanmar will release the next stamp in its series featuring the art of various trades on 21 September 2020 and this commemorates apprentice craftsmen. The issue was designed by Shwe Yoe Yar and Thia Lwin and lithographed by Security Printing Works Myanmar and perforated 14. Another charming design in this ongoing series. Rating:- *****. 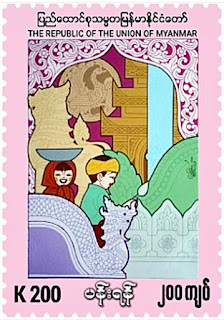 🇵🇰 The postal service of Pakistan issued a single stamp on 14 September 2020 to commemorate Miangul Abdul Haq Jahanzeb the former Wali of Swat as a contributor to the cause for the creation of Pakistan. The stamp was designed by Mughiz Khan and lithographed by National Security Printing Company Karachi and perforated 13. Rating:- **. 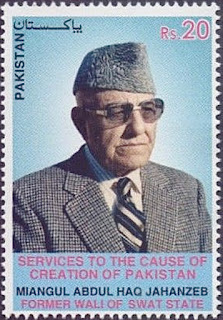 🇬🇬 For no obvious reason Guernsey Post has found it necessary to release 4 separate issues to commemorate the 250th Birth anniversary of the Birth of Ludwig van Beethoven, an immediately very important German music composer but who has no connections with Guernsey. The fourth and mercifully final part is to be released on 28 October 2020 and is again a single £1 stamp together with a £4 miniature sheet containing all 4 stamps issued throughout the year. Collectors will be delighted to know that the issue will also include an inevitable Prestige booklet. Rating:- *. 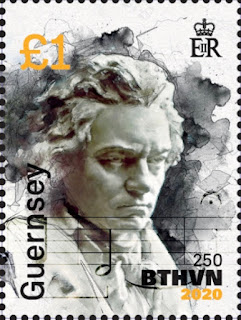 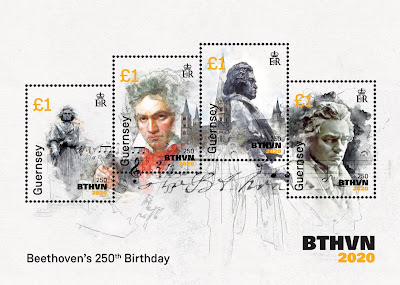 🇸🇱 I rarely mention the paraphilatelic products excreted by the philatelic agency Stamperija but I feel I must draw attention to an item which has appeared with the name of one of its client territories, Sierra Leone, printed on it. This is a miniature sheet containing 10 different stamps (which are also issued separately in small sheets) on the theme Act Now to combat climate change and global warming. I mention this issue because similar items have been released by other philatelic entities, many with respectable philatelic services, and it may be regarded as part of a joint issue. Other participating postal authorities include those of the United Nations, Slovakia, Croatia, Estonia and San Marino. Whether or not these items are likely to actually be sold in post offices in Sierra Leone I do not know. 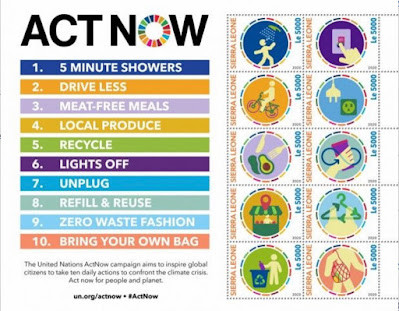