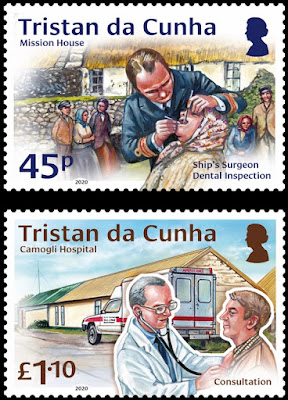 🇸🇭 When compared with ageing former popular music performers, doctors, medical researchers nurses and other health workers, even in these present times, are far less likely to be honoured by being commemorated on postage stamps released by organisations such as Royal Mail. The balance is slightly restored by a couple of issues from the postal services of Tristan Da Cunha and Canada.
Hence the postal service of Tristan is planning to issue a set of 4 delightful stamps on 20 October 2020 commemorating health services on the small isolated island. The tiny island has not so far been assaulted by the Coronavirus but its health services cover many aspects of medicine, surgery and dentistry. The issue was designed by Robin Carter and lithographed by BPost and is perforated. Rating:- ****.
Thanks to Juliet Warner of Pobjoy Stamps for information about the issue. 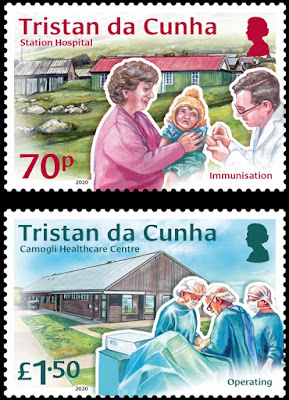 🇨🇦 Canada Post issued a set of 5 self-adhesive stamps in a booklet of 10 (2 of each stamp) to commemorate notable Canadian achievements in medicine on 10 September 2020. The designs feature Bruce Chown who researched the Rhesus Factor in blood which resulted in the production of Rh immune vaccine, Julio Montaner who made a significant contribution to treatment of HIV, Balfour Mount who played an important role in developing Palliative care in Canada, Vera Peters who worked on the treatment of Hodgkin’s Disease and breast cancer with radiotherapy and James Till and Ernest McCulloch who worked on the role of stem cells in repairing and replacing body tissue and the ability to transplant them.
A worthy issue. Designed by Mike Savage and Dale Kilian of Signals. Rating:- *****.

Next year marks the Centenary of the discovery of insulin by Banting and Best and I would expect an issue to commemorate these two Canadians whose work led to the lives of millions of diabetic people across the world being saved. I don’t suppose there’s any chance that Royal Mail will commemorate the discovery even though the British Professor John Macleod was awarded a Nobel Prize for his contribution to Banting and Best’s momentous achievement. Instead I suspect Royal Mail will release yet more stamps commemorating old popular musicians or American television series. 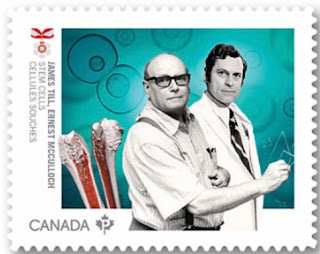 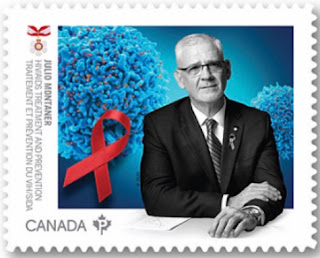 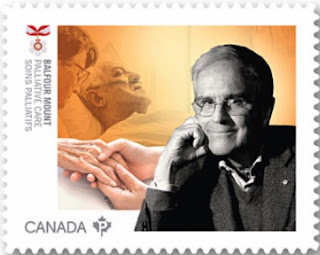 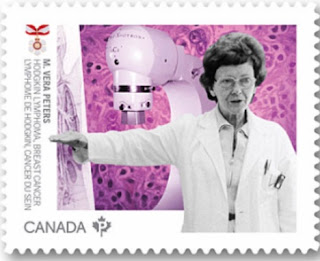 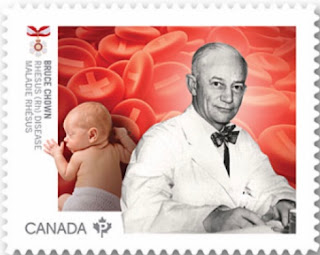 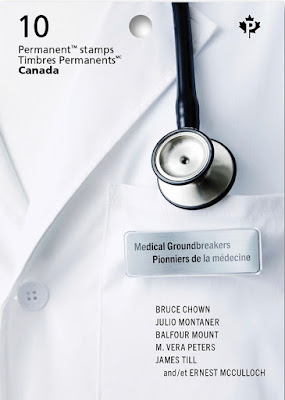 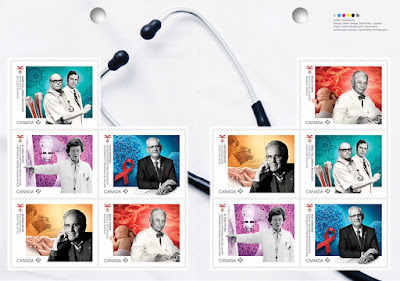