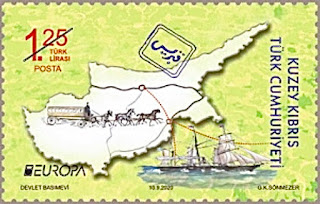 🇹🇷 The postal service of the Turkish Republic Of Northern Cyprus will issue its 2 EUROPA stamps on 10 September 2020 on the subject of this year’s theme which is Ancient postal routes. The issue was designed by GK Sonmezer and printed digitally. Rating:- ****. 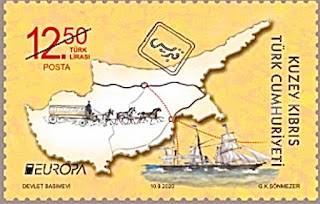 🇮🇳 India Post issued a new My Stamp stamp on 28 August 2020 to commemorate the 50th anniversary of the Bureau of Police Research and Development. The issue is made up of a single stamp with an attached label sold in sheetlets of 12 at a premium price. Rating:- **. 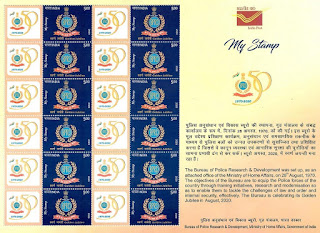 🇮🇲 I regret that even when I was young enough for it to be normal for me to do so, I have spent a life of having very little interest in popular music and so Royal Mail’s never-ending stamp issues commemorating old men who were once popular musicians have generated very little interest in me. Now the Isle Of Man Post Office has got in on the act and will release a set of 10 stamps and, inevitably, a £17.90p ‘Prestige booklet’ to commemorate the veteran popular song writer and performer Mitch Murray, of whom in my general disinterest I never heard, in the year of his 80th birthday. He is an Englishmen who lives on The Isle Of Man.
The issue will be released on 16 September 2020. The cost of a set of stamps, with their severely cluttered designs, and the booklet amounts to a grand total of £26.85p. Rating:- *. 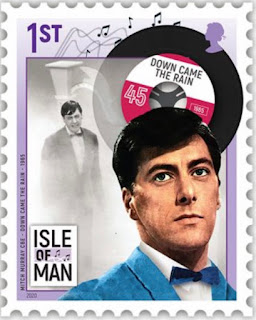 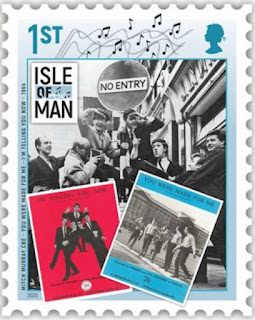 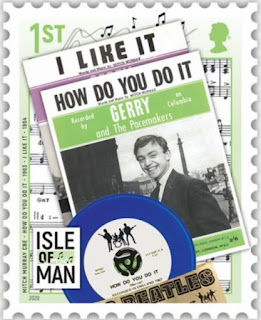 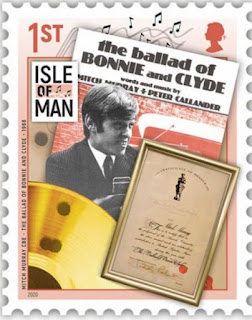 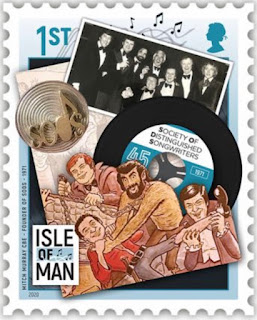 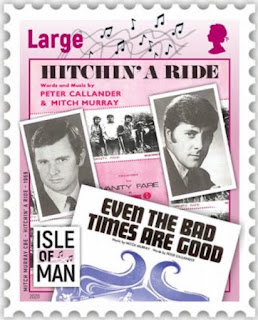 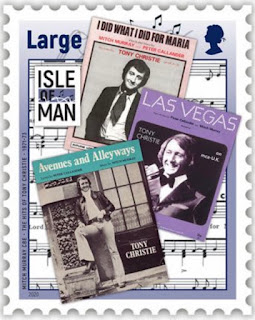 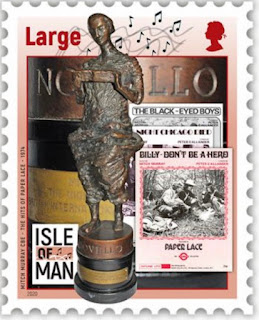 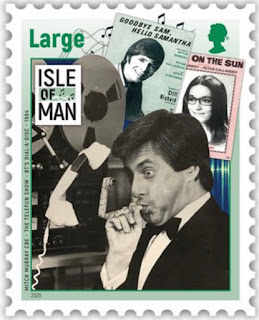 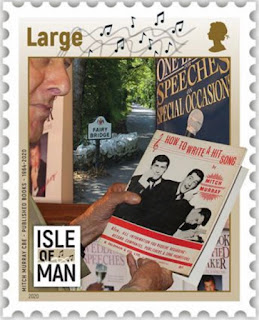 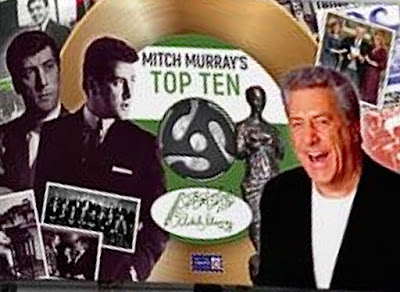