🇲🇹 MaltaPost will issue a set of 5 stamps on 4 September 2017 to commemorate the 350th anniversary of the death of Melchiorre Gafa', a Maltese sculptor who achieved his greatest work whilst working in Rome in the workshop of Ercole Ferrata His work included sculpting the altarpiece of the Martyrdom of St. Eustace in the Church of Sant'Agnese in Agone. His works were untimely ended by his early death at the age of 31.
Wax versions of his work are currently displayed at Mdina Cathedral museum.
The issue was designed by Sean Cini from photographs by Daniel Cilia and lithographed by Printex and perforated 14. Rating:- ****. 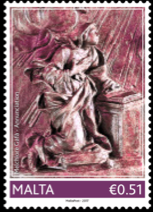 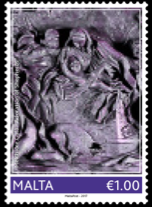 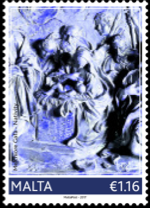 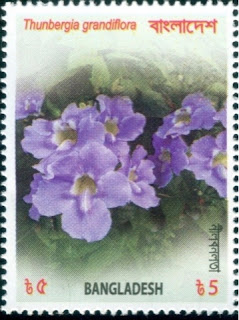 🇧🇩 Information about new stamp issues from Bangladesh Post seems to be coming thick and fast at the moment - on 3 August 2017 a set of 4 stamps issued in 2 se-tenant pairs, was released on the subject of Local wild flowers. It is a colourful and attractive little set. Rating:- ****. 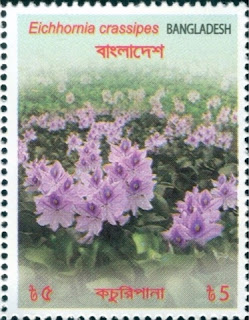 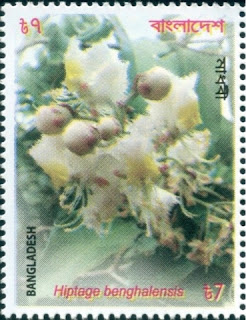 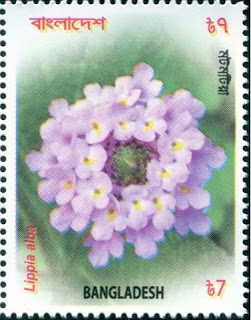 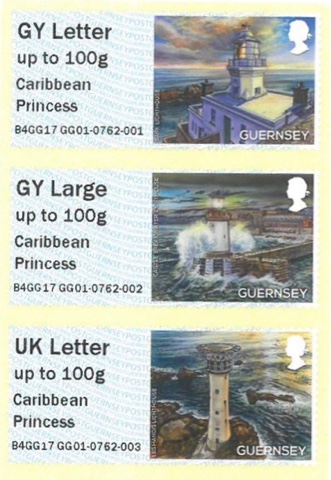 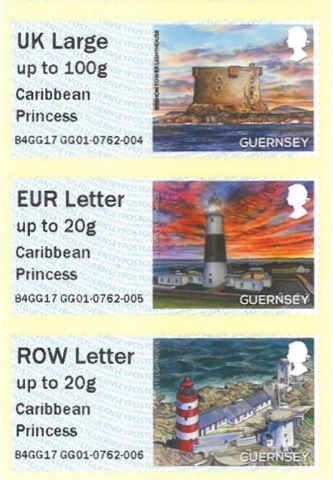 🇸🇧 As usual the notorious Stamperija has released paraphilatelic products with the names of 3 countries printed on them again this week. Only one Commonwealth country is involved this week - Solomon Islands - in all a total of 12 sheetlets each made up of 4 different "stamps" and 12 accompanying miniature sheets have been put on sale. Also, as usual, the subjects featured on these "stamps" have little or nothing to do with Solomon Islands but we should not be surprised about that. For the record the subjects featured on these lurid items are:- 55th anniversary of the death of Marilyn Monroe, 180th death anniversary of Alexander Pushkin, Stamps on stamps, Pope Francis, 20th anniversary of the death of Diana Princess Of Wales, Cruise ships, 190th anniversary of the death of Ludwig van Beethoven, Death Centenary of Edgar Degas, Birth centenary of former US President Kennedy, Bees and orchids, Commemoration of former US astronaut John Glenn and Dinosaurs. Stamperija claims that the "date of issue" was 21 August 2017 though whether that was in Lithuania or truly in the Solomon Islands is not made clear. Rating:- 0. 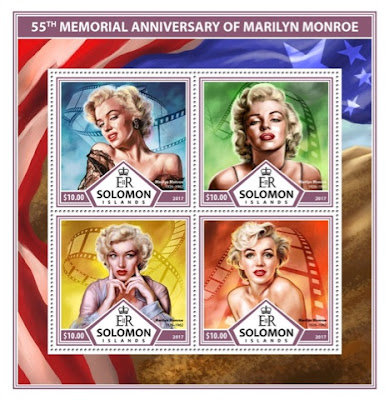 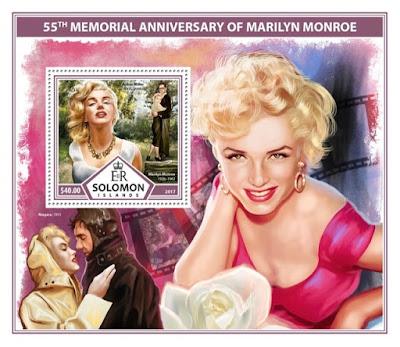