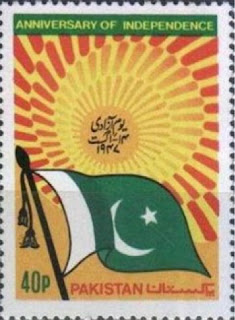 🇵🇰 Pakistan celebrates the 70th anniversary of its Independence today, 14 August 2017. On Independence, the country became known as The Dominion Of Pakistan with George VI as its monarch and Muhammad Ali Jinnah as the first Governor-General of Pakistan. The country was declared to be a Republic on 23 March 1956.
I presume that Pakistan Post intends to commemorate this significant anniversary by issuing special stamps but I have not yet any news about such an issue.
The stamp illustrated above was issued as 1 of a set of 2 in 1982.
🇬🇧 Royal Mail will take its Post and Go kiosks A012, A013 and A014 to Autumn Stampex 2017 to be held at the Business Design Centre in Islington from 13 to 16 September and dispense the following labels:-

Kiosk A002 situated in Portsmouth Historic Dockyard will dispense 2 types of labels from 19 August 2017 for a month to commemorate the presence of the new aircraft carrier, Queen Elizabeth II, in Portsmouth. The labels are:-
Union Flag with additional inscription "Royal Navy/QEII Carrier 2017"
Machin Head with additional inscription "Royal Navy/Queen Elizabeth II Carrier 2017".

🇿🇼 Zim Post, the postal service of Zimbabwe, will issue a set of 4 stamps on the subject of "Exotic cattle" on 22 August 2017. The types of cattle featured are the Ayrshire, the Holstein, the Jersey and the Reddane, which don't really seem "exotic" at all here in England but Zimpost says that the issue of stamps depicting these breeds is to "enlighten farmers and the general public about the various species and types of exotic cows and the desired requirements for the attainment of better yields".
It's rare for philatelic publicity to give information about the milk yields of various breeds of cattle but I can tell you that the Ayrshire yields 5500 to 8000 litres while the Holstein yields 5000 to 12000 litres per lactation. Who says philately isn't educational? Great stuff! Rating:- *****.

🇳🇿 New Zealand Post will issue a sheet of 10 different stamps on 6 September 2017 on the subject of the Maori language. These uninspired and simple designs depict representations of new words which have been invented to apply to modern developments in general living such as a passport (uruwhenua) or a computer (rorohiko) or wifi (ahokore). Most of the new words seem to be shorter in their English form and probably quicker to say in ordinary conversation which begs the question of why new Maori versions had to be invented.
The issue was designed by Dave Hakaraia and Elisabeth Vullings and lithographed by Southern Colour Print and perforated 13.5 x 14. The eight $1 stamps will be issued in se-tenant blocks. Rating:- **. 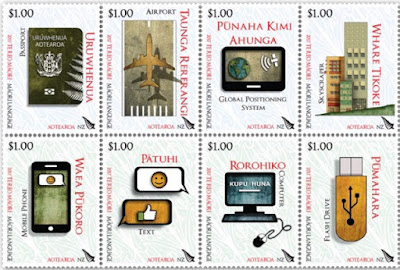 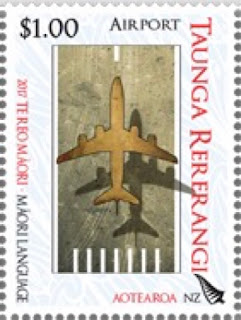 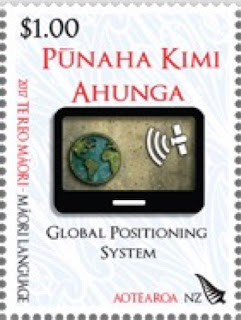 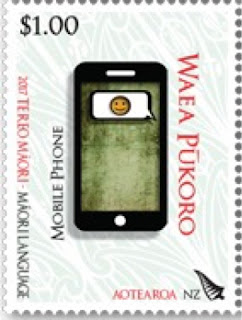 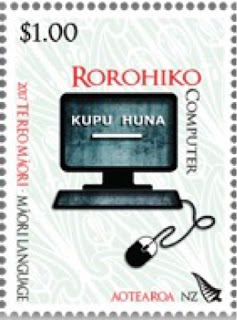 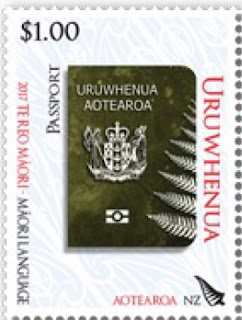 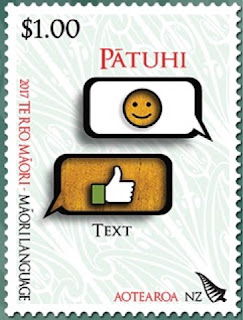 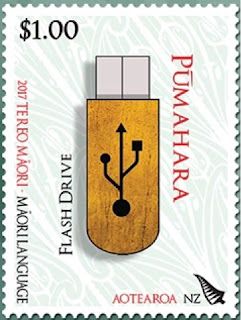 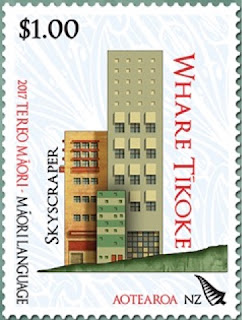 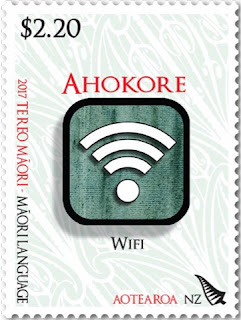 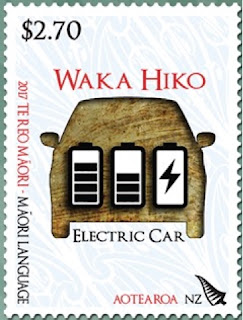 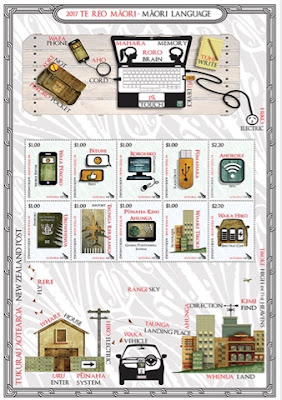 Currently on sale on an Internet website is a pair of miniature sheets (one containing 2 stamps and 1 containing a single stamp) purporting to have been issued by the Rwanda postal service and commemorating the Chinese New Year, Year of the Rooster.
As it's several years since the Rwandan postal service last issued a set of stamps it seems improbable that this is a genuine issue from that country especially as its previous issues generally have local themes. Furthermore there have been numerous issues in recent years with the name of Rwanda printed on them and which are clearly bogus but these particular items certainly look well produced and I wondered if they had been a gift to Rwanda from The Chinese People's Republic as we have seen occurring in a number of other cases. I contacted the Rwanda postal service and received a rapid response which stated "those stamps are not genuine" and was promised a further message with additional information. So, these items are confirmed as being bogus and are of no value. Do not buy them as they are wholly worthless and produced by criminals.
Such items injure stamp collecting and hurt the reputation of innocent countries. 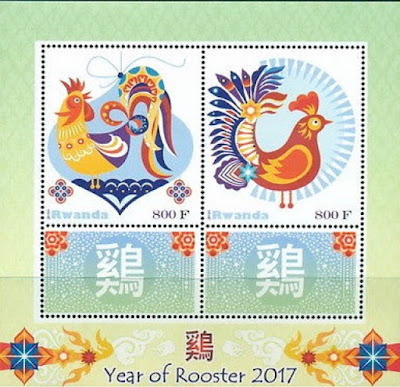 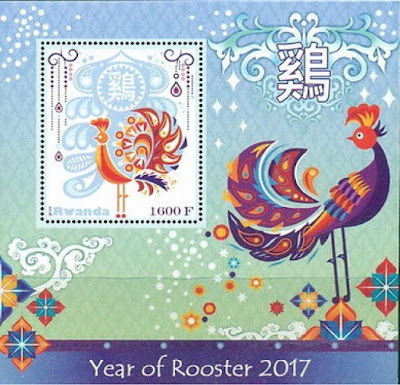