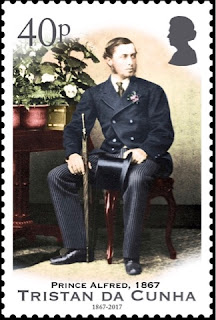 🇸🇭 It doesn't come as a great surprise that the latest stamp issue to come out of the Creative Direction/Pobjoy Stamps stable is yet another excellent set - this time to add to my Tristan Da Cunha collection. The issue is made up of 4 beautifully designed stamps which commemorate the 150th anniversary of the visit of Prince Alfred, the first Duke Of Edinburgh to Tristan. The issue was designed by Bee Design and lithographed by Lowe-Martin Group and perforated 13.
It's a pleasing co-incidence that the news of the release of this issue, which will be on 5 August 2017, has been announced in the week that Prince Phillip, the present Duke Of Edinburgh, has finally retired from solo public duties at the age of 96. Rating:- *****.
Thanks to Juliet Warner of Pobjoy Stamps for supplying news of this issue. 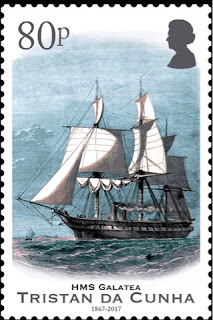 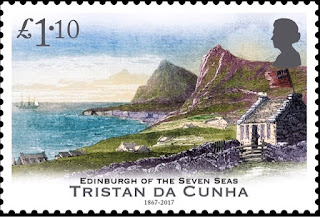 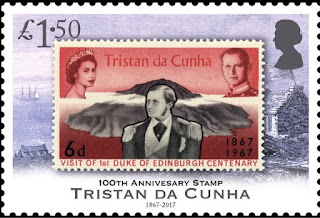 🇮🇲 On 18 July 2017 the Isle Of Man Post Office began to sell a new variety of its variable rate stamps with the values being printed at the post office counter by Epsom Printers. As can be seen in the illustrations below the appearance of the value on the stamps is quite different from the other versions which are, namely, a Preprinted version, a kiosk-printed version and those produced by a printer used at Spring Stampex 2017:- 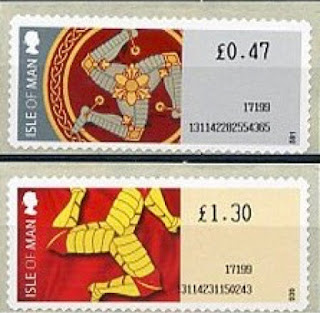 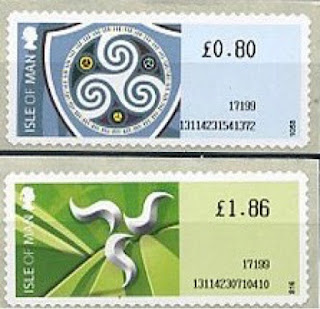 🇱🇰 Sri Lanka Post issued a single stamp on 3 August 2017 to commemorate the Most Venerable Boosse Dhammarakkhitha Mahanayaka Thero. The design shows a rather grim head and shoulders portrait and little else to tell us about the subject. Rating:- **. 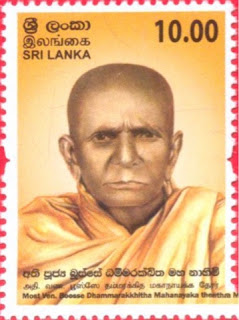 🇮🇶 (See also Blogs 717, 424 and 601). The end is close, if it has not already arrived, for the self-proclaimed terrorist Islamic State. The latest issue of the Iraq postal service commemorates the liberation of the city of Mosul by Iraqi and Kurdish forces and their allies which effectively means the end of any power ISIS or Daesh had in Iraq. Mosul had been seized by the violent Islamists in June 2014 and the city's Great Mosque was subsequently used as the site where the leader of Daesh declared the caliphate spanning Iraq and Syria to have been established. The terrorist's leader, Abu Bakr al-Baghdadi was proclaimed Caliph of the internationally unrecognised state. The terrorists' hold on Mosul was finally broken in early July 2017 and a single stamp and miniature sheet have been issued to commemorate the achievement.
The 500 dinars value stamp depicts the Grand Mosque of Mosul with its famous leaning tower with successful Iraqi and Allied troops around it. Sadly the Mosque had actually been destroyed by the defeated Daesh forces on 21 June 2017 having survived for about 850 years. The 1000 dinar miniature sheet depicts Iraqi forces with a female figure holding a large Iraqi flag.
This is an interesting and historic issue well worth adding to any collection. Rating:- *****. 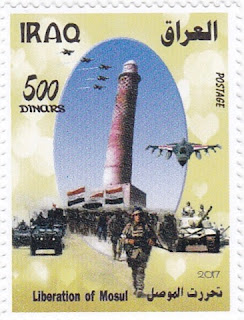 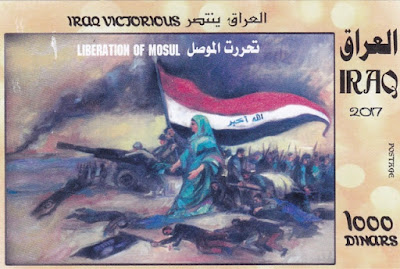