It seems to me that more and more of these Blogs are reporting the issue of numerous, often  personalisable, sheetlets rather than straightforward new stamps. Read on ....

🇸🇬 In Blog 1069 I mentioned the set of 5 stamps which Singapore Post intends to issue on 1 September 2017 to commemorate the 150th anniversary of the issue of the first Straits Settlements stamps, Singapore Post will also issue a sheetlet of 10 stamps on the same date (5 each of 2 My Stamp designs) and attached labels which will depict post boxes used in Singapore from the earliest days of its postal service up to now. The item will be sold for $8 (Singapore).
I like the issue from the point of view of the theme of the subject depicted on the labels but would have much preferred it if the issue had been a set of 5 stamps. Rating:- **. 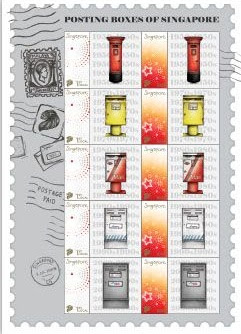 🇮🇲.The Isle Of Man Post Office will do its best to cash in on the 20th anniversary of the death of Diana Princess Of Wales, as so many postal administrations are trying to do, by issuing a sheetlet of 12 stamps (3 x 4) on 6 September 2017. It has been produced, inevitably, in a limited edition - 5000 - and is made up the stamps previously released in 1998. The item was designed by Glazier Design and lithographed by Cartor and perforated 14. At least the purchase price is only £3. Rating:- *. 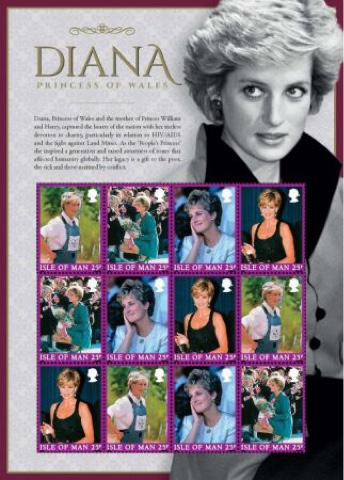 🇬🇧 Royal Mail has long accepted that the subjects of its new stamp issues should be dumbed down to a populist triteness and so we find that in recent years we have had philatelic items released to commemorate people, particularly veteran popular musicians, whose fame may or may not survive the passage of time. The most excruciating example of this crass populism is the sheetlet which Royal Mail issued in 2010 to commemorate the 64th birthday of David Gilmour, a musician with the over-featured musical group, Pink Floyd, which was made up of 10 identical stamps depicting the music album cover of "The Division Bell". I may be wrong but I doubt that the Britons of 350 years in the future will talk very much about the works of David Gilmour. 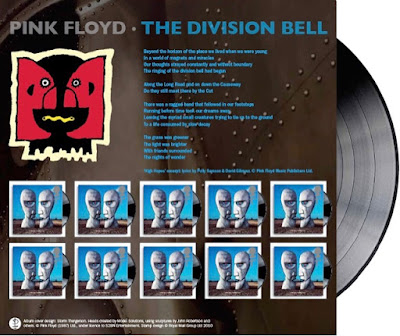 However a figure of immense importance that we do remember from 350 years ago is that of John Milton. 2017 is the year in which the 350th anniversary of the publication of his work, Paradise Lost, is celebrated and indeed Royal Mail has decided to commemorate this important anniversary - but, alas, not with a stamp but with .... a postmark.
I received today a letter from the Philatelic dealer, Nigel Haworth, which had a nice "Smilers" stamp and label attached to it and even more interestingly, a postmark which is a little difficult to read but which says, I believe, "350 years since/publication of/John Milton's/ Paradise Lost". A nice little item but what a pity that Royal Mail hadn't had a sense of what's really important and commemorated the anniversary with a postage stamp or even a complete set. Still, it's a postmark of interest to collectors of the theme of Literature on stamps. Meanwhile I'll add my Spacehopper stamp to my collection. 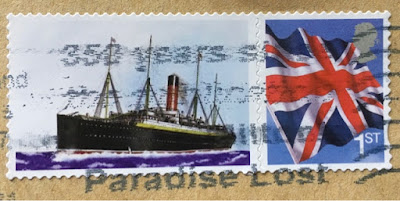 🇮🇳 India Post will issue, date to be confirmed, a pair of stamps and a miniature sheet which unites the two stamps to commemorate the 125th anniversary of the Goan Tiatr. This is an attractive and interesting set. Rating:- ***. 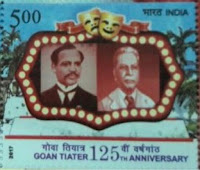 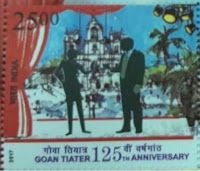 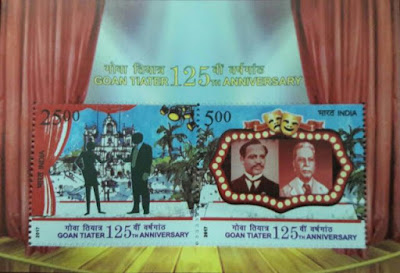 🇲🇾  Pos Malaysia issued a My Stamp sheetlet of 8 stamps (2 x 4 different designs) on 21 August 2017 to commemorate National Day and Malaysia Day. This is colourful and interesting item but it's yet another sheetlet. Rating:- **. 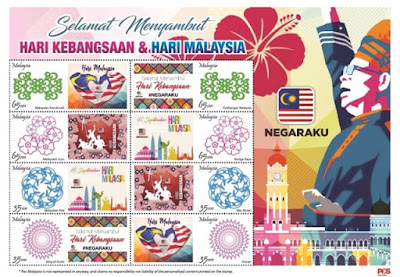 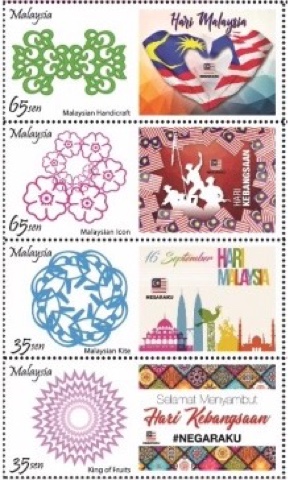 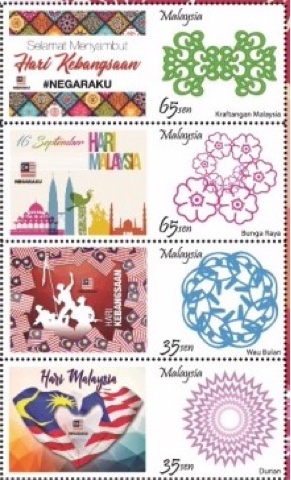 Are simple commemorative stamps approaching the end of the line and this period of new issue philately evolving into an era where postal administrations commemorate notable events and anniversaries by the production of personalisable sheetlets, usually sold at a large premium, or just by producing a cheap post mark for any worthy commemoration which however is not seen as a money spinner? It's beginning to look like it.