🇳🇦 Yet more news from Nam Post, the postal service of Namibia. A set of 4 stamps was issued on 18 July 2017 on the subject of the Diamond Train 1908 - 1938. This is another excellent set from Nampost, this time designed by Elme Le Roux. When it comes to new issues it seems that Nampost can do no wrong. Rating:- *****.

🇹🇰 In Blog 1055, I described the latest new issue from the postal service of Tokelau and the 4 stamps and 1 miniature sheet are now depicted here. Notably, these are WWF (World Wide Fund For Nature) themed stamps. They are very colourful and attractive and the photographs used in the designs are very well chosen. Rating:- *****. 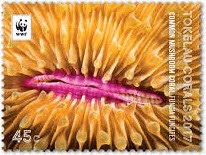 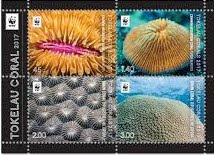 🇸🇬 Singapore Post issued an eye-catching My Stamp sheetlet of 5 different stamps with attached labels on 4 August 2017 on the subject "Light Up Singapore". The sheet depicts dramatic scenes of Singapore by night with some of its spectacular buildings lit up against the darkness of night. The 5 stamps in the sheet are all new in design but the sheet is sold at about twice its actual face value which is a pity. This is another excellent design from Singapore Post - if only such items were sold at face value. Nevertheless I do like the sheetlet and I give it a rating of ***. 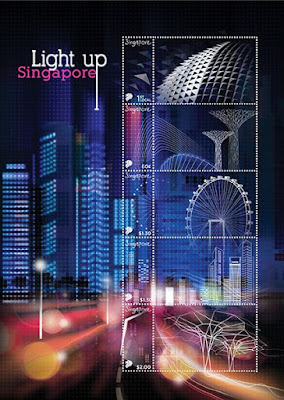 Singapore Post also issued a miniature sheet on 3 August 2017 to commemorate Bandung 2017 Philatelic Exhibition in Indonesia. This is a colourful item containing the 3 Year of the Rooster stamps and sold at face value. Rating:- ****. 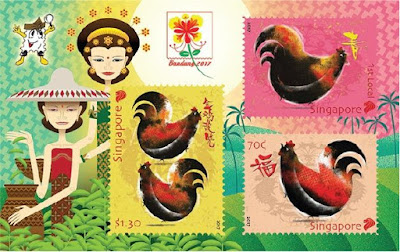 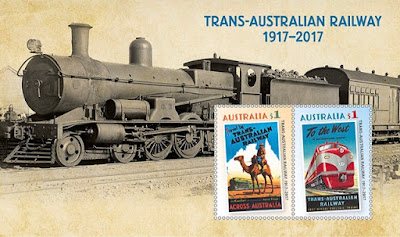 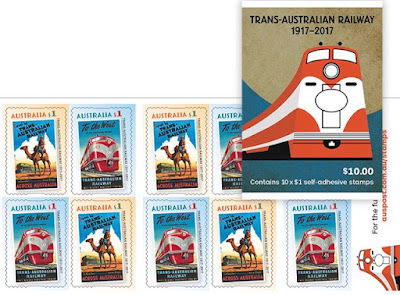 News of more "Licensed stamp packs" from Australia Post to add to the vast list of recent such items which was highlighted in Blog 1003 and 1024.
Firstly there is a pack on the theme of BBC Earth, a British-made television programme, which contains 2 sheetlets each of 10 "Hearts" stamps with attached labels featuring various creatures. This is an attractive but entirely commercial product which has no relevance at all to Australia. Rating:- 0. 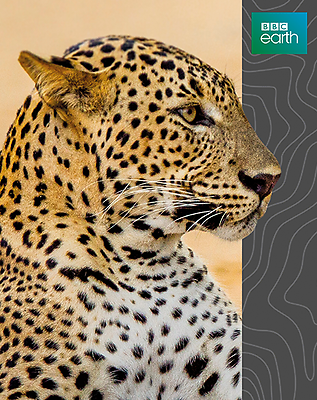 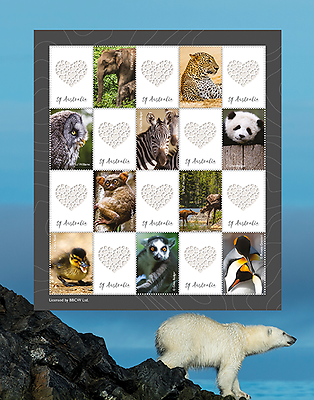 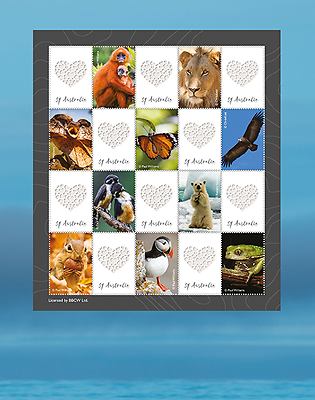 I mentioned another pack, Care Bears 30 Years Of Caring, in Blog 1024 which was issued on 11 July 2017 and which is made up of 2 panes, each of 10 red roses greetings stamps, and illustrations of these sheetlets are now depicted below:- 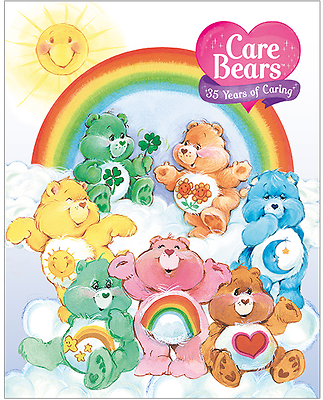 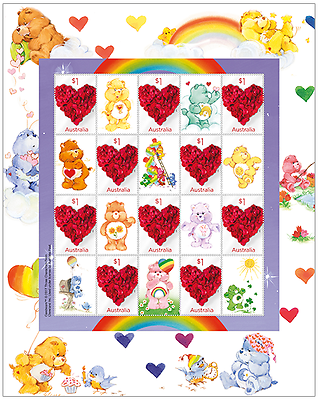 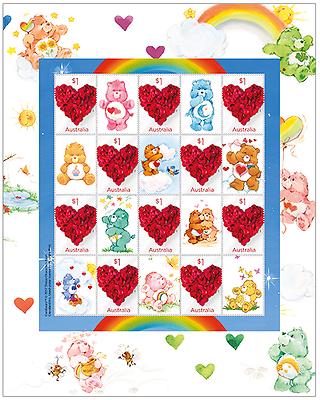