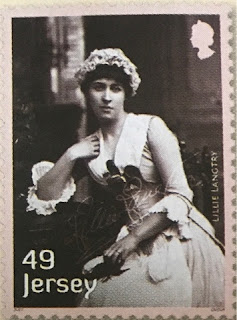 🇯🇪 Jersey Post will issue a large set of 8 stamps and 1 miniature sheet on 22 September 2017 to commemorate the fabled "Jersey Lily", the Jersey-born actress and mistress of King Edward VII, Lillie Langtry This is undoubtedly an attractive and interesting set though very little effort seems to have been put into its design since it is made up of photographs of the actress with a little bit of lettering and the Queen's Head applied to them (I could produce these designs myself on my I Pad in a matter of minutes).
Another question about these items arises as to why they are to be issued now, the issue doesn't seem to coincide with any notable anniversary relating to Langtry (born 1853 [164th birth anniversary?], died 1929 [88th death anniversary?] ho hum). One presumes that the subject was thought up because Jersey Post issues so very many stamps per year that any subject relating to the island is fair game whether there's a good reason to release such an issue or not. It all goes to meeting the Philatelic bureau's financial targets - there's always some collector out there with the money to spend. Interesting stamps but Rating:- 0. 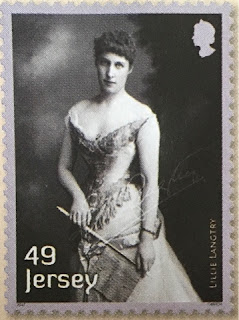 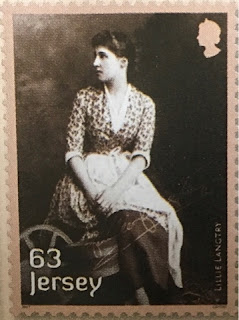 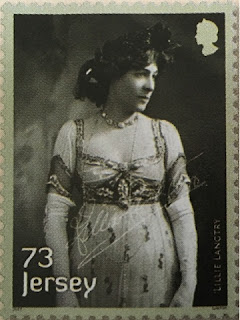 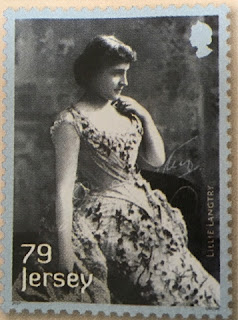 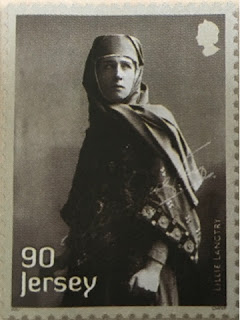 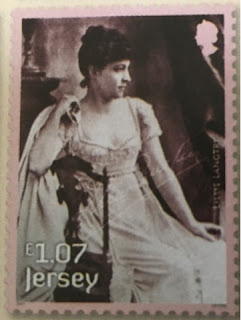 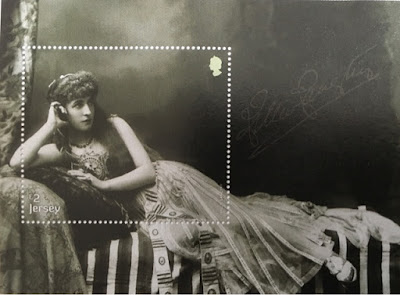 🇮🇲 Isle Of Man Post Office plans to issue a set of 6 stamps on 13 September 2017 to commemorate the inventor, horologist and philanthropist, Dr. John C. Taylor, who, while being an Englishman born in Buxton in Derbyshire, attended school in the Isle Of Man and worked in business in Castletown and was awarded an Honorary degree by the University of Manchester Institute of Science and Technology having made donations to the University and he was also a donor to Corpus Christi College in Cambridge, his alma mater.
Taylor is a horologist and in 2008 donated a £1 million clock to Corpus Christie which was the first in a series of such time pieces which he calls Chronophages (which sounds rather fanciful and like a monster from Dr. Who). The stamps depict various aspects of Taylor's interests, inventions and innovations. The question I have about this issue is similar to the Jersey Post Langtry issue - why issue it now?
The issue doesn't seem to commemorate any particular anniversary relevant to Taylor (he was born in 1936 - perhaps the issue is to commemorate the 81st anniversary of his birth, or perhaps not). Ho hum, again.
Rating:- 0. 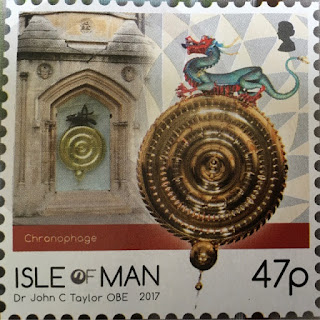 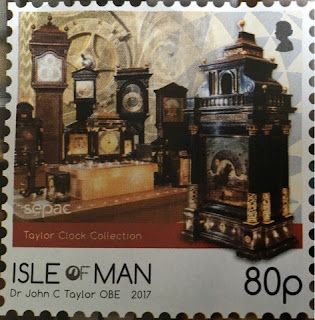 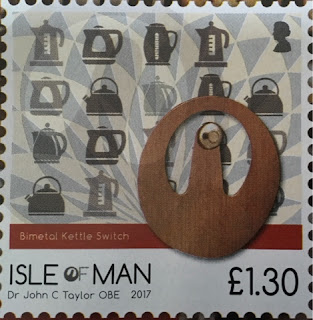 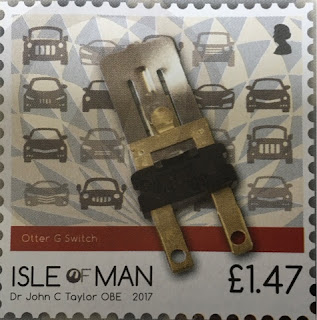 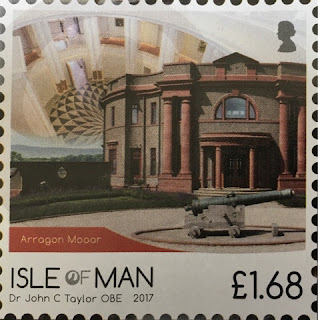 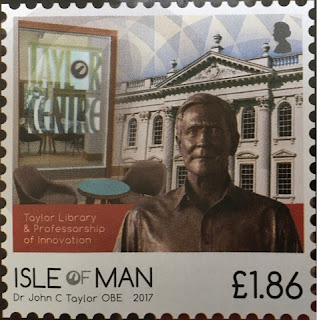