1070. 🇸🇱 Hundreds Die In Sierra Leone Tragedy But Stamperija Carries On Regardless.

🇸🇱 In the week of terrible news from Sierra Leone of the death of hundreds of people in another natural disaster which has occurred in that tragic country, we are not surprised to find that the notorious Stamperija has had the brazen bad taste to announce the release of another collection of exploitational paraphilatelic products which provide the company with a financial profit at a cost to Sierra Leone's good name.

The products take the usual form of sheetlets of 4 different "stamps" and 10 accompanying "miniature sheets", the subjects of which have very little if anything to do with Sierra Leone. The featured subjects are:- Sledge dogs, Dinosaurs, Lighthouses, Cruise ships, Motor cycles, Horse-drawn transport, Mail transport vehicles, Icebreakers (ships), Public transportation and the 60th anniversary of the launch of Sputnik 1.
The date of issue is stated to have been 28 July 2017. Rating:- 0. 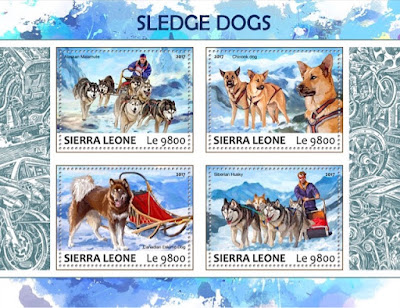 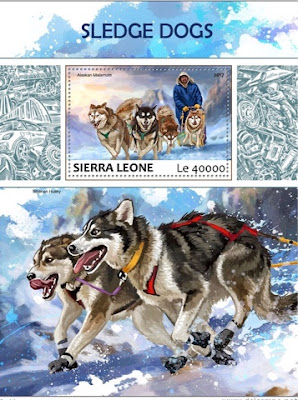 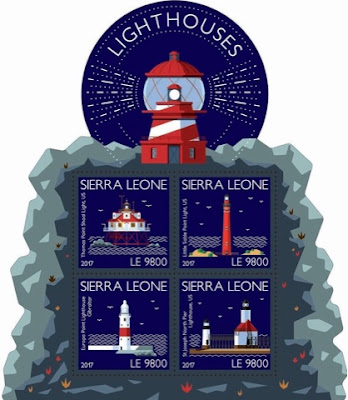 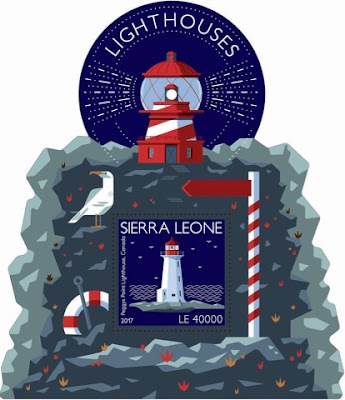 If I were ever contemplating spending my money on any of these dubious products I would certainly change my mind and send the money as a donation to one of the charities which is helping with the relief efforts in Sierra Leone rather than help to fill the Stamperija bank account.