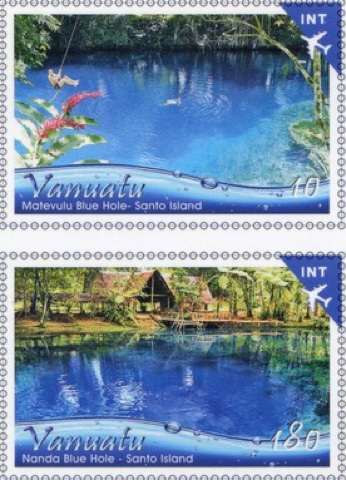 🇻🇺 Vanuatu Post issued a set of 4 stamps on 19 July 2017 on the subject of "Blue swimming holes". The attractive issue was designed by Lucas Kukler and lithographed bu Southern Colour Print and perforated 14 x 14.5. Rating:- *****. 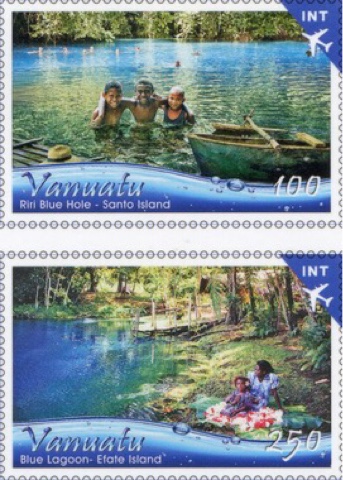 🇰🇮 The set of 4 stamps issued by the Kiribati postal service to commemorate the 50th anniversary of the Marine Training Centre which I mentioned in Blog 1047 was accompanied by a miniature sheet which was made up of 2 stamps. The date of issue was 22 July 2017. Rating:- *****. 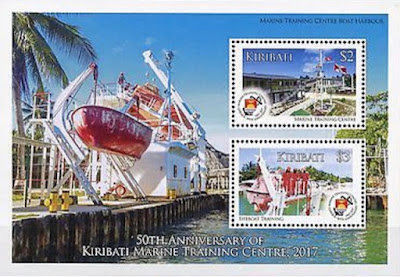 🇵🇳 Bounty Post, the Pitcairn Island postal service, has announced that its next stamp issue will commemorate the 250th anniversary of the rediscovery of Pitcairn Island by Robert Pitcairn, the young midshipman aboard the Swallow which was under the command of Captain Philip Carteret.
"In 1767 Robert Pitcairn was first European to sight Pitcairn Island. This young midshipman wrote himself into history yet almost nothing exists about him. This issue challenges this situation and gives him the credit he deserves" (Pitcairn Islands Stamp Bulletin 159).
In fact we know that Robert was one of 8 children of Major John Pitcairn of the Royal Marines who took part in the Battle of Lexington and Concord against the American rebels in 1775 and then was killed by a musket shot from the rebel, Peter Salem at the Battle of Bunker Hill on 17 June 1775.
Robert Pitcairn left HMS Swallow in May 1769 and joined the crew of the East India Company ship HMS Aurora commanded by Captain Thomas Lee which called at the Cape of Good Hope in December 1769 and then sailed on the Comoro Islands where it disappeared with the loss of its crew.
In 1975 the United States Postal Service issued a stamp to commemorate the Bicentenary of the Battle of Bunker Hill and the design depicts a detail of the painting of John Trumbull's The Death of General Warren at the Battle of Bunker Hill. To the right of the centre of the whole painting is a depiction of Major John Pitcairn lying shot in the arms of his son, William, but the son can only be seen on the stamp at the extreme right. The main subject of the stamp is of course the fatally wounded General Warren himself.
It will be fascinating to see the upcoming Pitcairn set to see what else the issue tells us about the young man who gave his name to this romantic island. 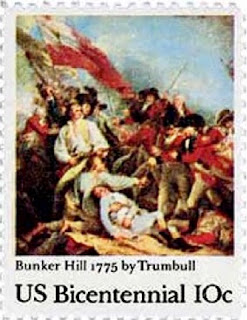 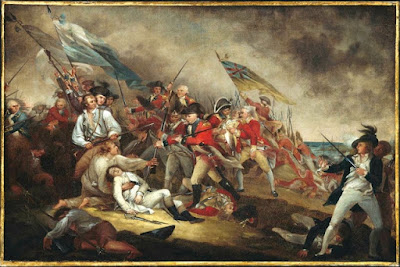 🇧🇼 Botswana Post issued a set of 5 stamps and 1 miniature sheet on the subject of Endangered birds on 7 August 2017. The set concentrates on depicting endangered species of bustards and was designed by Katlego Baloi and printed in lithography. Rating:- *****.
This issue is detailed on the excellent website Birds of the World on Postage Stamps compiled by Chris Gibbins. 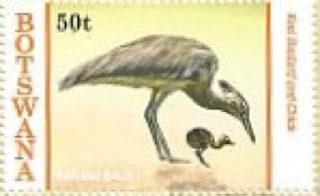 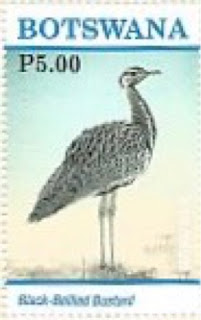 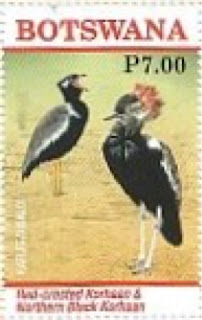 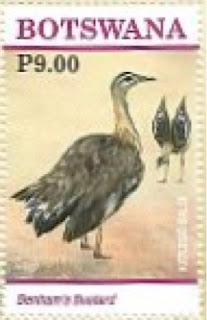 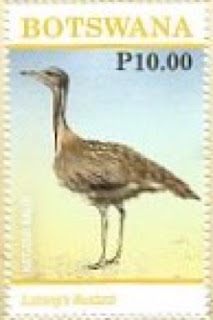 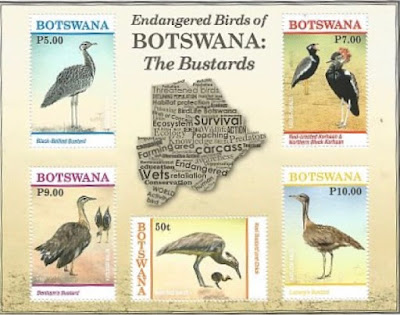