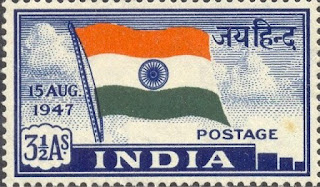 🇮🇳 Today, 15 August 2017, India celebrates the 70th anniversary of its Independence following the partition of Britain's Indian Empire into the Dominions of India and Pakistan which itself commemorated its Independence yesterday on 14 August (see Blog 1064).
India Post issued 2 stamps and 1 miniature sheet on 15 August 2017 to commemorate the anniversary and they featured photographs chosen from winning efforts in a children's photographic competition. The designs come under the title "Beautiful India". Rating:- ***. 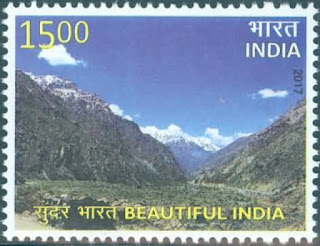 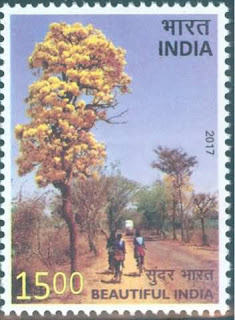 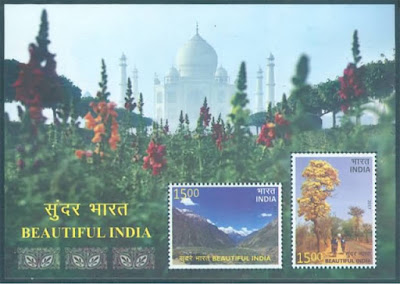 India Post has also issued a set of 4 stamps on the subject of the Caves of Meghalaya. Designs and more information awaited.

🇲🇲  The date of India's Independence was chosen by the country's first Governor-General, Earl Mountbatten of Burma, to coincide with the second anniversary of the surrender of Japan at the end of the Second World War - a date that was called "VJ Day".
The Japanese were in occupation of a number of British territories in the Far East including Hong Kong, Malaya, Singapore and Burma.
In Burma they were resisted by British and Commonwealth forces but were supported initially by the Burmese leader Aung San and also by the Indian National Army led by Chandra Bose. In early 1945 Aung San turned to the Allied forces against the Japanese but the Indian National Army supported the Japanese to the bitter end. The Japanese finally surrendered formally to the Allies in Burma on 12 September 1945. In Burma the British and the Allies had received long term support particularly from the Karen people.
The Karen people had suffered terribly during World War II - many of their villages were destroyed and massacres were carried out by both the Japanese and the Burma Independence Army which had assisted the Japanese invasion. After the end of the war the Karen hoped to have their own state within Burma but the British failed to support them in achieving this despite the Karen's great loyalty to the British during the war. 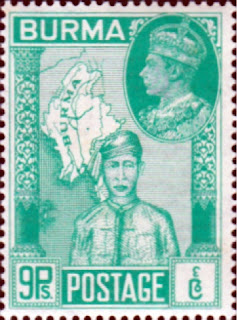 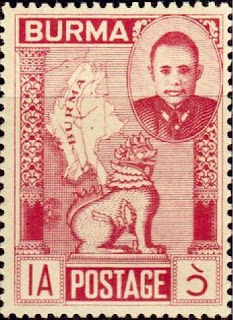 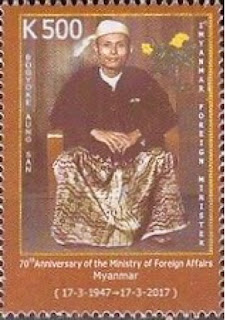 🇦🇺🇳🇫 Mentioned in a previous Blog (1024) but now with better illustrations is the Australia Post issue which is inscribed "Norfolk Island Australia" which was released on 18 July 2017and which is on the subject of Norfolk Island Flowers. The issue was designed by Sharon Rodziewicz and lithographed by EGO and perforated 14 x 14.5. Rating:- ***. 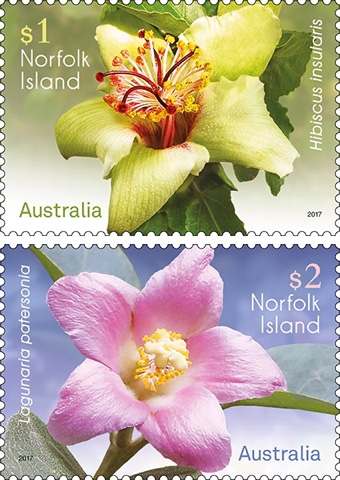 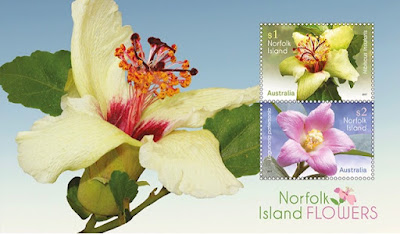 🇦🇺🇨🇽 Also from Australia Post is a pair of stamps and accompanying miniature sheet issued with the inscription "Australia Christmas Island" which was released today, 15 August 2017. The stamps which commemorate the visit of European early explorers to the island were designed by Sonia Young and lithographed by EGOTrade and perforated 14 x 14.5. rating:- ****. 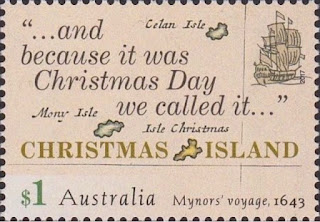 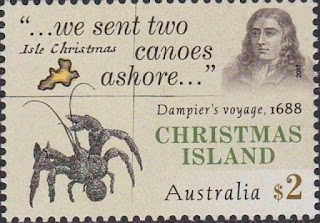