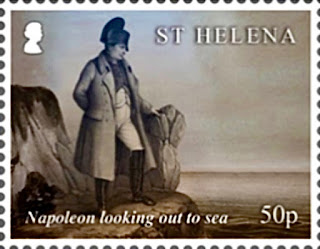 🇸🇭 The postal service of St Helena will issue a set of 4 stamps and 1 miniature sheet on 5 May 2021 to commemorate the Bicentenary of the death of Napoleon Bonaparte, the French tyrant who plunged Europe into over 15 years of war and was eventually defeated by Britain and its allies at the Battle of Waterloo in 1815 and afterwards exiled to the remote British island where he died in 1821. An interesting set. Rating:- ****. 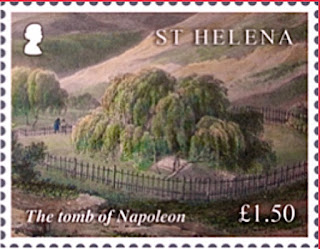 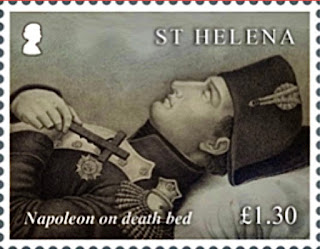 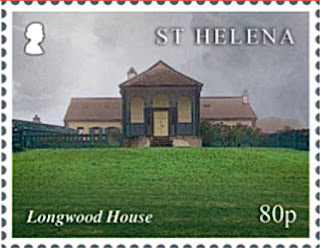 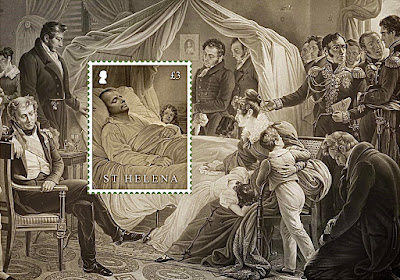 🇸🇬 On 11 February 2021 Singapore Post will issue another miniature sheet in its annual series which depicts dishes served at the family reunions which take place at this time of year to coincide with the lunar new year celebrations. The featured dish this year is pen cai which looks delicious and the issue was designed by SNAP! Creative pte ltd and lithographed with gold hot stamping by Secura and is perforated 13. Rating:- *****. What a joyous issue. 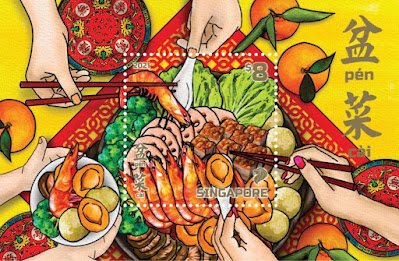 🇮🇳 India Post issued a single My Stamp on 4 February 2021 to commemorate the Centenary of the Chauri Chaura Incident in which a large group of protestors of the Non-cooperation movement clashed with police and then attacked a police station and killed the 22 policemen inside the building.as As a result the British arrested large numbers of the perpetrators and hanged 19 of them and another 110 were sentenced to life imprisonment. As a result Gandhi suspended the non-cooperation movement and fasted for 4 days to express his regret at the part he played in bringing about the violent chain of events. Another interesting historical issue. Rating:- ***. 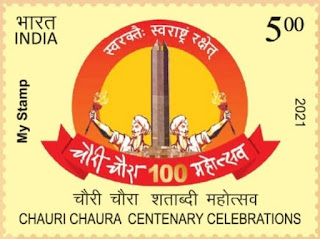