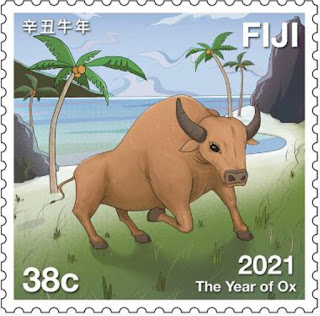 🇫🇯 Post Fiji will issue a set of 4 stamps on 9 February 2021 to commemorate the Chinese New Year, the Year of The Ox. The delightful designs are by Bian Jiang and are issued as a result of co-operation between Post Fiji and the China Cultural Centre in Fiji. This is the sixth year that the China Cultural Centre has been involved in a Fijian lunar new year issue and a spokesman for the Centre has said that “This is an exciting year for the Centre as it plans for more community level engagements through cultural events like the stamp launching....Events like this (the stamp launch) will build a bridge of goodwill between the Centre and the Fijian communities and this will help promote the cultural exchanges and the friendship between China and Fiji”. The Chief Executive of Post Fiji said that “...this will help strengthen the friendship between the people’s of the two countries”. Another case of China’s highly successful philatelic diplomacy. Rating:- *****.

Note that China was also involved in the issue of a set of stamps as recently as 5 November 2020 to commemorate the 45th anniversary of the establishment of diplomatic relations between the two countries (see Blog 1789). See also Blog 1818. 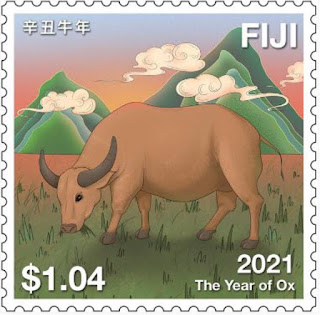 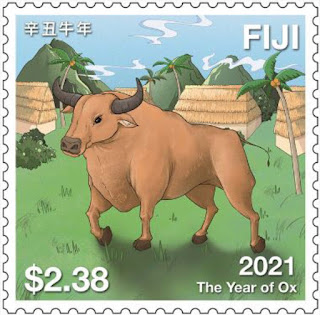 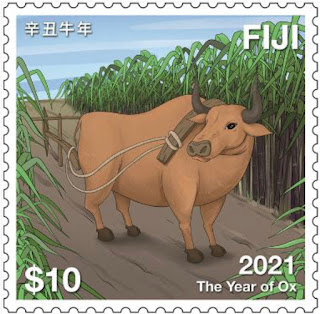 🇳🇬 For collectors of Fiscal or Revenue stamps there’s an interesting item being offered for sale on E Bay. The seller, cjtern001, who usually has excellent access to new issues from Nigeria, is offering a new Stamp Duty stamp with a face value of N50 (95p) about which he writes, “In 2006 NIPOST issued a N50 Stamp Duty stamp. although this was meant to act ... as a revenue for tax it ended up being widely used as a postage stamp. In 2020 a row developed between FIRS (the Tax Office) and NIPOST over who should be responsible for printing Stamp Duty stamps. This now appears to have been resolved in the favour of NIPOST, but not until FIRS had started printing their version. This item is extremely hard to acquire, and will probably be very short-lived. Strictly speaking it is a fiscal or semi-official stamp”. Interesting, the big question of course is “will it be used for postal purposes?”. The seller dates the stamp’s issue to 2021. 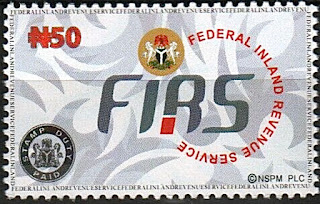