1633. 🇮🇲 Isle Of Man To Commemorate The Voyage Of The Mayflower.


🇮🇲 Isle Of Man Post Office will issue an excellent set of 6 stamps on 22 April 2020 to commemorate the Quatercentenary of the voyage of the Mayflower which conveyed the Pilgrim Fathers to North America. It can be claimed that this set is a relevant subject for the island to commemorate as among the settlers was a Manxman, Myles Standish. The issue was designed by Glazier Design and lithographed by Lowe Martin and perforated 13. Rating:- *****. 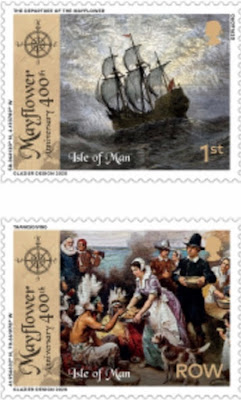 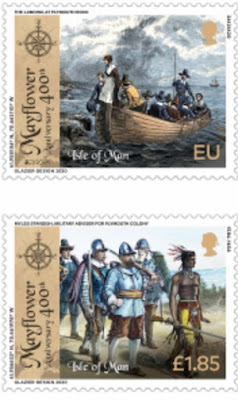 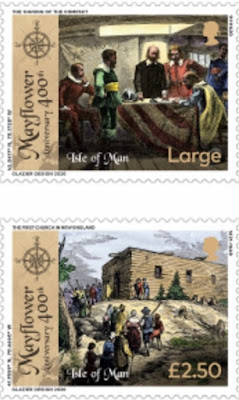 The Isle Of Man Post Office commemorated Captain Miles Standish in an issue released in 1986 which was tied to the Chicago International Philatelic Exhibition of that year.

It appears that Royal Mail is not intending to issue any stamps this year to commemorate this highly significant anniversary in British and American history, preferring instead to try to squeeze money out of collectors and Star Trek enthusiasts by issuing a set of stamps featuring the American television series. Perhaps Royal Mail believes that the two countries’ modern links are best illustrated by the ‘Starship Enterprise’ rather than the pioneer ship ‘The Mayflower’.
It is fair to point out that the British postal service has commemorated the voyage of The Mayflower on 2 previous occasions - as one of a set General Anniversaries stamps issued in 1970 (350th anniversary) and in a set of 4 ‘Millenium - The Settlers’ Tale’ stamps issued in 1999. 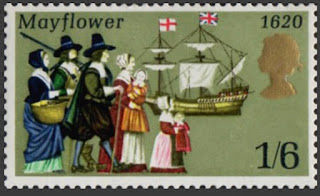 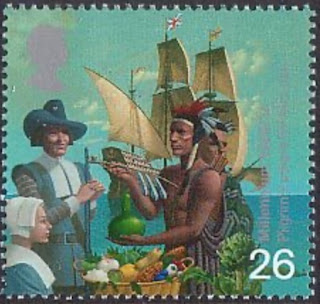 The Isle Of Man Post Office previously commemorated Captain Myles Standish with a set of 2 stamps and a miniature sheet containing 2 of the stamps which was tied to the Ameripex 1986 International Philatelic Exhibition held in Chicago that year. The 12p value featured his home in Isle Of Man, Ellanbane. 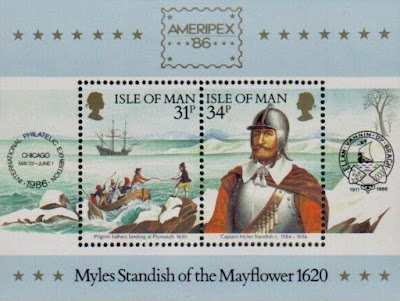 🇳🇿 The fifth issue of CAL (custom advertising labels) stamps produced to sell to benefit the ill fated NZ 2020 Stamp exhibition are now available from the exhibition website. The issue takes the form of a booklet of 10 self-adhesive stamps (1 each of 6 different stamps and 2 each of the other two) which have all been released previously in gummed format. An interesting souvenir, with postal validity, of the exhibition which was forced to close before its intended end because of the introduction of the New Zealand government’s measures to combat the spread of Coronavirus. 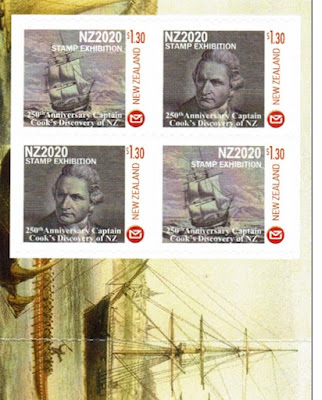 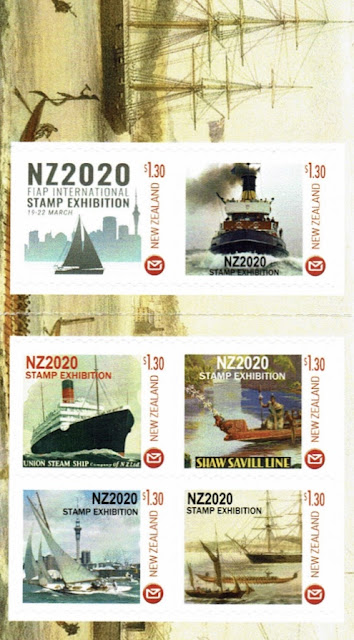