🇿🇦 The South African Post Office has issued a 10 stamp sheetlet containing 2 x 5 different self-adhesive stamps on the subject of South African woodpeckers. I do not yet know the date of issue of these attractive and interesting items. Rating:- ****. 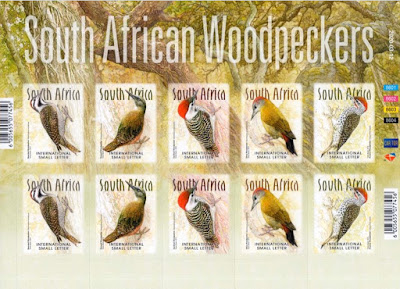 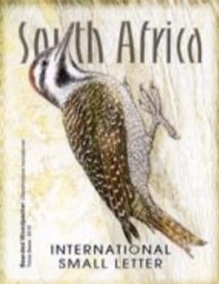 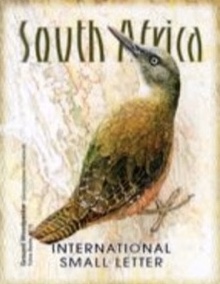 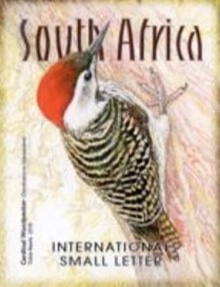 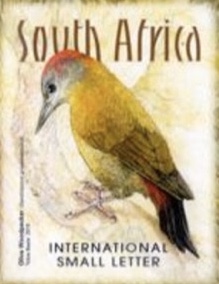 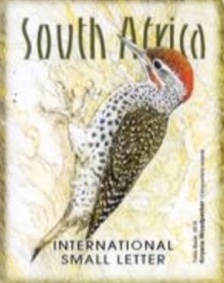 The Stars and constellations of the southern skies issue mentioned in Blog 1615 was released on 15 January 2020. The issue was designed by Anande Nöthling and lithographed by Cartor.

🇹🇹 The new surcharges from T & T Post, the postal service of Trinidad And Tobago, as detailed in Blog 1583, appear to have been accompanied by a further 10 stamps since another cut down sheet of the London 2010 Exhibition issue seems to have been released during 2019. The surcharges again are $2 values. 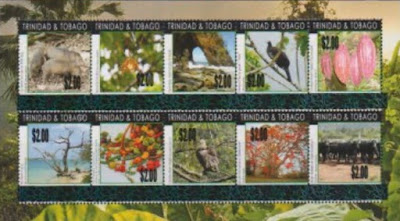 🇧🇼 The 6 stamps issued by Botswana Post on 12 March 2020 on the subject of Spiders of the Kalahari and detailed in Blog 1620 were issued in interesting sheets of 24 (4 of each value) producing se-tenant strips of 6 different stamps:- 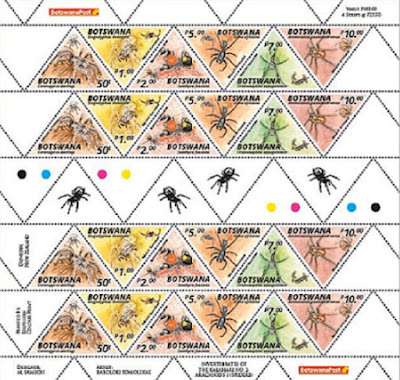 🇹🇷 The single stamp released by the postal service of the Turkish Republic Of Northern Cyprus on 12 March 2020 was designed by GL Sönmezer and digitally printed in sheets of 9 by Devlet Bazimevi (see Blog 1620). The previously announced single stamp also to have been issued on 12 March 2920 to commemorate the Olympic Games, presently scheduled to be held in Tokyo later in the year, does not appear to have been issued.

🇱🇹 Finally, just for the record but also news of interest to refuse collectors, the first items of 2020 to be inscribed ‘Sierra Leone’ though actually coming out from the Lithuania-based producer and purveyor of paraphilatelic stuff, the ‘agency’ whose name we dare not speak, Stamperija. With a stated ‘date of issue’ of 30 January 2020, the ‘agency’ is now marketing 12 sheetlets each containing 5 different ‘stamps’ with 12 accompanying  miniature sheets (each containing 2 stamps) (previously the sheets have contained 4 stamps and the miniature sheets a single stamp) but also now 3 stamps of each set are also being sold in their own individual sheets of 6 (sales must be getting desperate out there in Vilnius).
The ‘stamps’ feature subjects mainly of hilarious irrelevance to Sierra Leone and commemorate bizarre anniversaries such as the 395th anniversary of the death of the Flemish artist, Jan Brueghel The Elder and the 115th anniversary of the End of the Siege of Port Arthur in the Russo-Japanese War of 1904 to 1905. As always with products of Stamperija, Caveat Emptor. 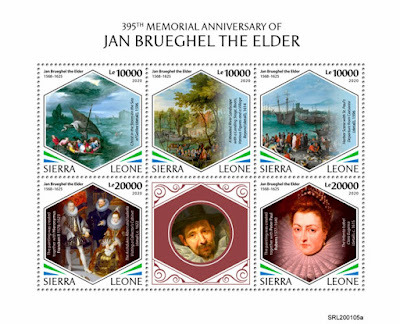 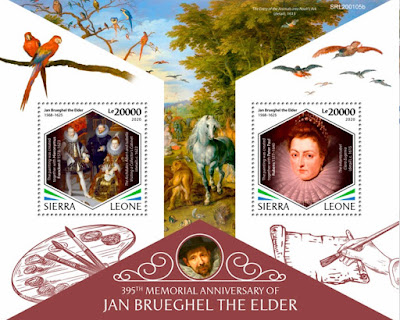 Finally, Stamperija has produced a number of items on behalf of its various victims, sorry - clients - relating to the New Zealand and London International Philatelic Exhibitions. Those inscribed Sierra Leone depict Captain Cook and The Penny Black respectively and are printed on foil in the form of small sheetlets of 6 with accompanying single stamp miniature sheets. The list of Stamp Exhibition issues does not yet include items released in the name of Maldives or Mozambique (Stamperija’s other Commonwealth ‘client’ postal administrations). 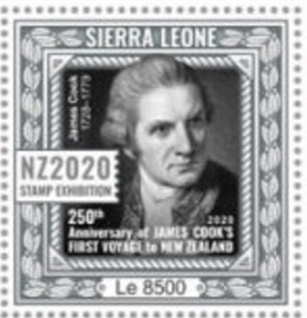 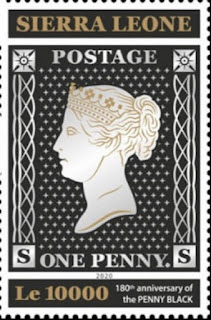 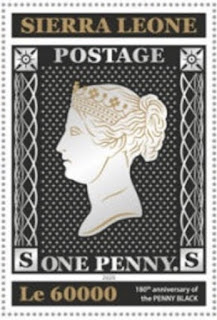