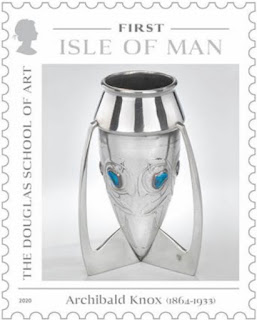 🇮🇲 It is pleasing to learn that the Isle Of Man Post Office plans to issue a new set of stamps which commemorates an actual significant anniversary of local relevance to the island. The new issue is made up of 10 stamps and a booklet of 10 self-adhesive stamps and commemorates the Centenary of the Douglas School of Art as a public-funded educational establishment by depicting work by artists with connections with the island including a beautiful piece of work by Archibald Knox and a painting by John Miller Nicholson. Several of the stamp designs depict paintings with views of The Isle Of Man past and present. The issue will be released on 16 March 2020.
The issue was designed by EJC Design and lithographed by Lowe Martin and perforated 13. One of the LARGE stamps is additionally inscribed ‘SEPAC’ as the Isle Of Man Post Office’s contribution to the 2020 SEPAC omnibus.:- *****. 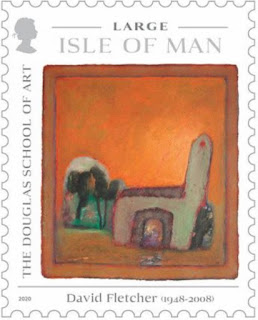 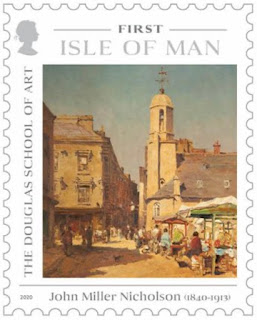 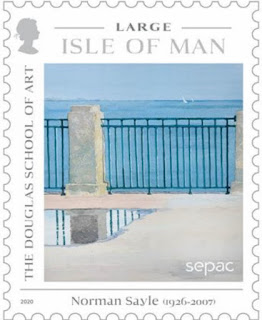 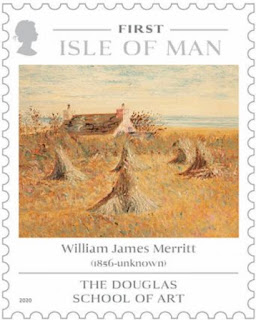 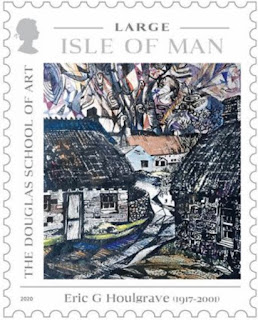 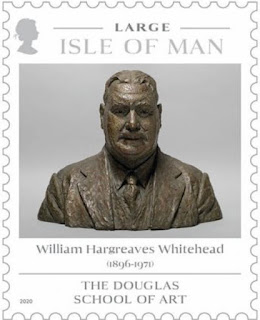 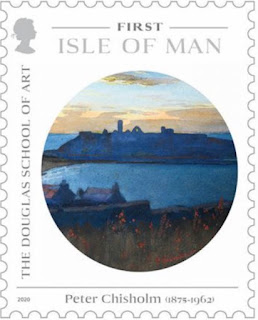 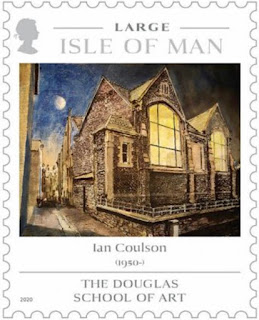 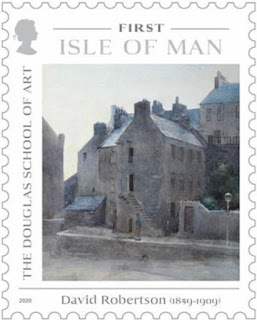 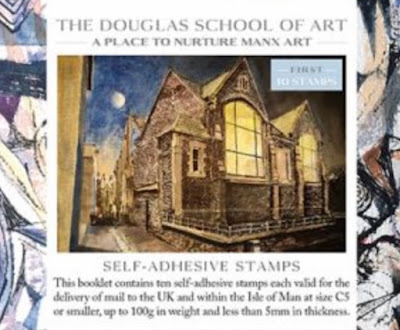 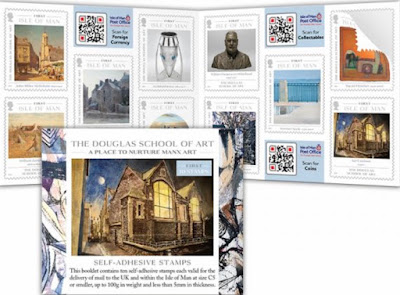 🇬🇬 Guernsey Post will issue a set of 6 stamps inscribed ‘Alderney’ on 18 March 2020 to commemorate the 250th Birth anniversary of the English poet William Wordsworth who, as far as I can see, had no connections with either Alderney or Guernsey. Because of excessive issuing by Guernsey Post and the lack of the subject’s direct relevance of this set to the territory this set is rated 0.
It is also to be hoped that one of the designs featured in the publicity illustrations is corrected prior to issue - the word ‘POWERFUL’ is spelt ‘POWEFUL’ on the 85p value. Or maybe it’s a poetical version of the word. 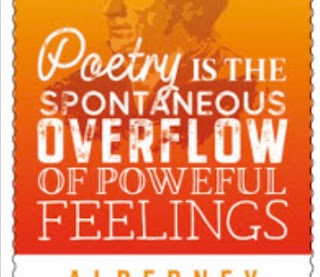 On the same date, 18 March 2020, Guernsey Post will also release a set of 6 stamps inscribed Guernsey on the subject of Mail ships to fit in with the Europa omnibus for 2020 which is ‘Ancient Mail routes. The 68p and 85p values have ‘EUROPA’ inscribed on them. These are very attractive stamps with direct relevance to Guernsey but sadly not commemorating any particular event or anniversary which given, Guernsey Post’s ongoing excessive release of new issues, means I shall not add it to my collection. Rating:- **. 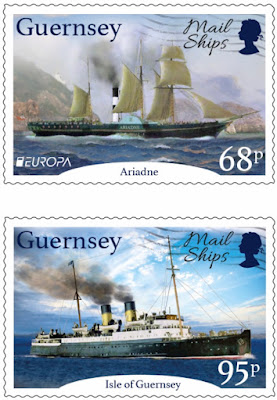 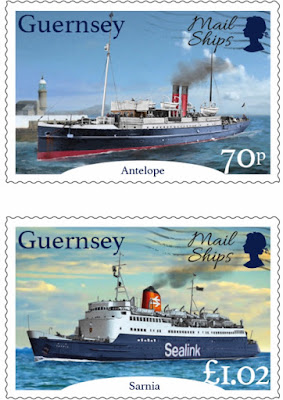 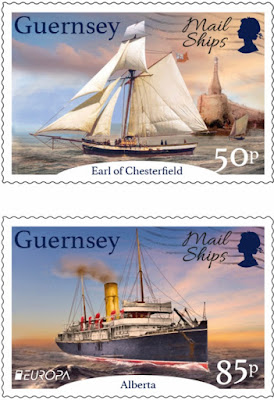 🇵🇬 Post PNG, the postal service of Papua New Guinea, will issue two sets of ‘overprints’ on 6 March 2020 as its first issues of the year (these are genuine issues featured on the Post PNG philatelic website). The first set is 3 values from the ‘Yellowfin tuna’ set (I suppose this must be the Tuna fishing industry set of 2016) with new values - I assume the ‘overprint’ is a surcharge (K1.60, K5 and K6.90) - and the second is again the 3 same values but from the APEC set of 2017. The overprints were applied by Star Printers. Illustrations are awaited. Rating:- ****.
Well done to Post PNG’s philatelic service for keeping collectors supplied with news of forthcoming issues.

Post scriptum - reply to comment by Gene (Blogger still won’t post my response to comments - I’ve no idea why) - The Philatelic Bureau manager did put out a newsletter after the issue of the Chinese fakes but he had already started publishing a newsletter prior to that. As I’m sure you know the Philatelic Website has featured new issues, with technical details for many years, but I think that this  is the first time that any overprints/surcharges have been mentioned on it.