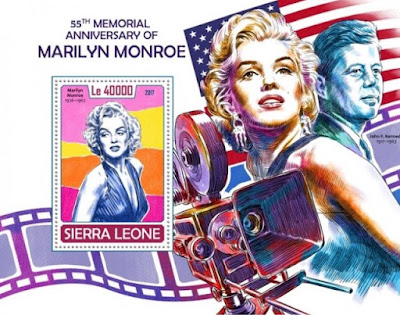 🇸🇱 It may be that we do not yet know about every stamp issue released by Commonwealth postal administrations or their agents during 2017 but we are getting a good idea. So here below is a list of the 15 most prolific Commonwealth countries in terms of number of stamps (including Post and Gos and My Stamps/Smilers) + miniature sheets/sheetlets + booklets issued during 2017.
There are bound to be some stamps about whose existence we are not yet aware and I expect that New Zealand Post will add a considerable number of stamps to its final total when it releases its pack of Personalised stamps on to the philatelic market. But for the present at least the following table seems to be right according to my calculations.
The names of countries rather than those of postal services are used in the table even though it is likely that many of the philatelic items included in these numbers are probably not known about by the postal services whose country's names are printed on the products because of their contracting out of their philatelic services to agencies which can range from the highly respectable to the dubious. The list of shame is thus:-

It is unusual for Bangladesh Post to appear in this list - the large number of stamps released this year is mainly due to the remarkable issue of 71 stamps and 18 miniature sheets which had an important political purpose to highlight the horrific genocide and war crimes which took place in the country in 1971.
It is shocking that Royal Mail and Australia Post are so highly placed in the list with such large numbers of issued stamps but we are not at all surprised to find that the two remaining Stamperija Commonwealth client territories occupy the top two places in the list. For the first time in several years the top place is not occupied by Mozambique which, it increasingly looks likely, seems to have severed its links with the outrageous Stamperija. It is interesting too, to discover how few IGPC client territories make it into the top 15 list.
The high positions of the the offshore British Crown and Overseas Territories in the list is also very disappointing - Guernsey, Jersey and Isle Of Man now seem more philatelically disreputable than St. Vincent And The Grenadines, Tuvalu and Ghana which is a remarkable achievement on their part.
The two Stamperija client states also issued large numbers of imperforate stamps and 'deluxe' sheets which could be used to swell the above figures even more but frankly, they're best ignored completely.
We may well find that a few more stamps were issued during 2017 than we are currently aware of but I do not expect the above list to change very much more from its current state.
Meanwhile the Commonwealth Philatelic entities with the least number of stamp issues are:-

So collectors of those countries have had an easy time in 2017 as has been the case with many of the above territories for several years.

🇭🇰 Hong Kong Post released 2 issues during January 2018. The first was a set of 3 definitives using its current Scenery designs to produce 3 new values to meet new postal needs. The stamps were designed by Sherman Lai and lithographed by Enschedé and perforated 13 x 14. Rating:- ***. 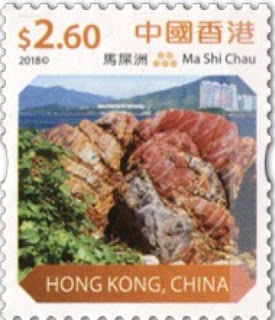 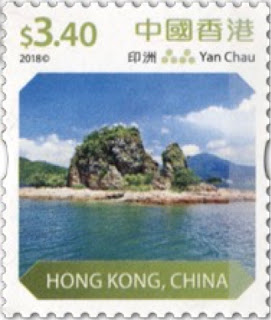 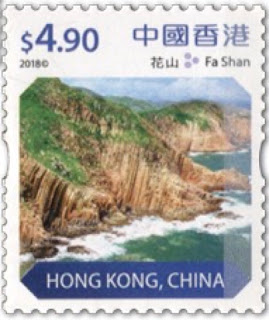 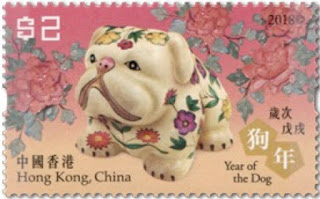 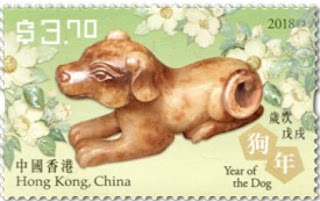 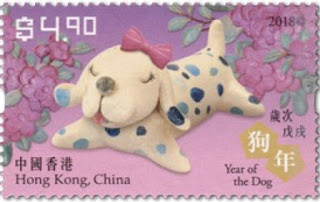 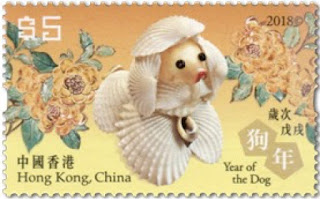 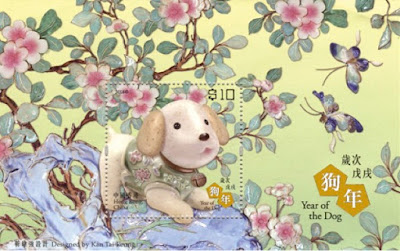 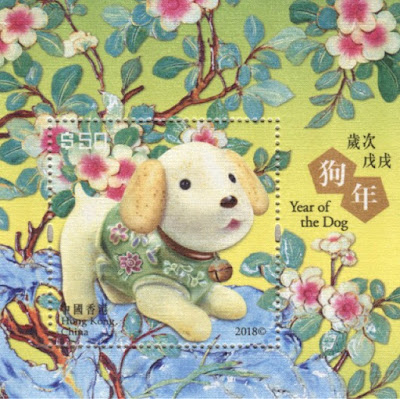 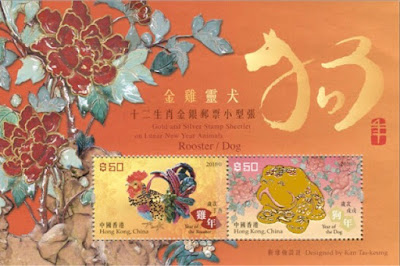