1187. 🇯🇪🇮🇲 Jersey To Commemorate RAF And Isle Of Man To Mark Royal Engagement.

🇯🇪. Having finished in the number 9 spot of The Commonwealth's greediest philatelic issuers for 2017 Jersey Post presses on in 2018 with a set of 6 stamps (face value £4.79), a miniature sheet (cost £1.59) and a 'Prestige booklet' costing £14.37 to commemorate the Centenary of the Royal Air Force to be released on 31 March 2018. It is an attractive set designed by Adam Tooby and lithographed by Cartor but I think we are all going to be rather tired of stamps featuring airplanes by the time all of these postal administrations have commemorated this particular anniversary. Rating:- ***. 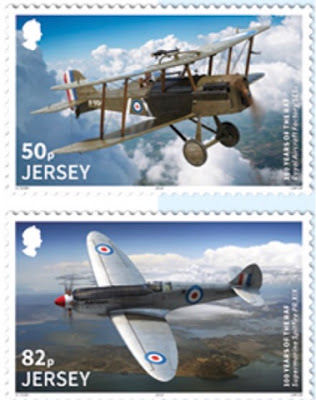 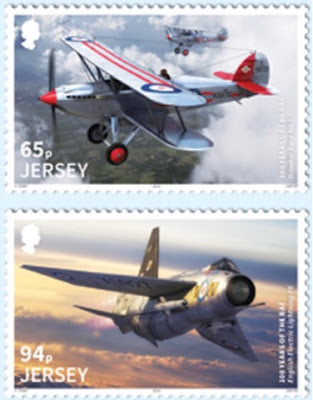 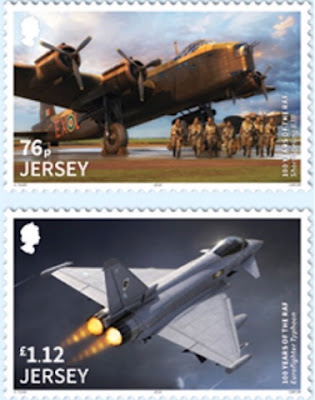 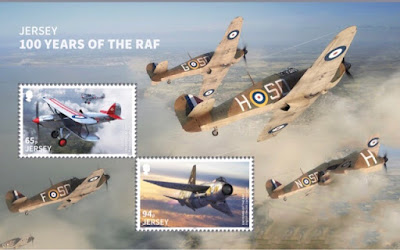 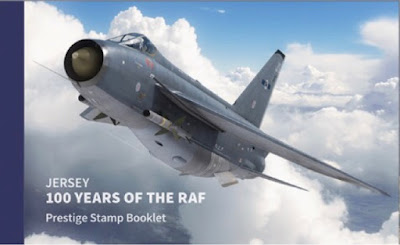 🇲🇹 MaltaPost issued a single stamp with an appropriate attached label on 14 February 2018 to commemorate its participation in the Spring Stampex 2018 philatelic exhibition which took place in London. It provided a modestly priced souvenir for collectors who attended the exhibition and as such is far more preferable than countless, far more expensive strips of Post and Go labels. Rating:- ***.

We may therefore look for stamps on these previously planned subjects to be released in 2018 though I have not yet found any news of upcoming issues from Zim Post.

🇮🇲 The Isle Of Man Post Office will issue a pair of stamps and 1 miniature sheet containing 2 each of the same stamps and 2 labels on 28 March 2018 to commemorate the engagement of Prince Henry Of Wales and Meghan Markle.
The stamps were designed by EJC Design from photographs taken by Arthur Edwards and lithographed by Lowe Martin and perforated 14.
Personally, I'm finding these unending flows of stamps featuring various members of the Royal Family to be increasingly dull and unnecessary and I can not understand why at least one of these stamps is not in a value corresponding to a domestic postage rate so that local people could use them on their mail. No doubt we will very shortly also have another issue to commemorate the wedding itself of this royal couple. Rating:- *. 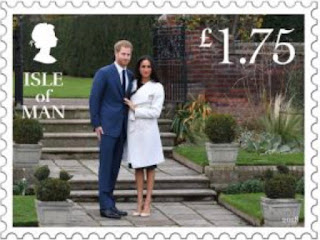 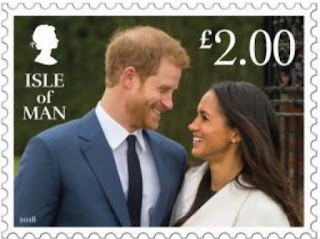 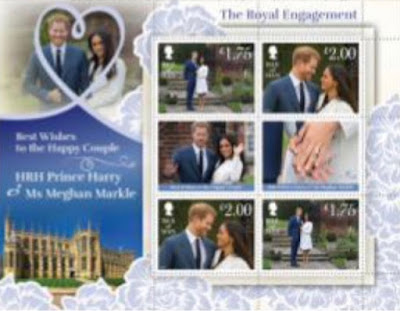 🇧🇳 In Blog 1098 I mentioned the se-tenant strip of 5 stamps and booklet containing one of the strips which were issued by the postal service of Brunei Darussalam on 5 October 2017 to commemorate the Golden Jubilee of the Sultan's accession. I now include much better illustrations of the stamp and booklet than appeared in Blog 1098. 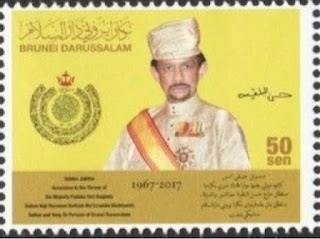 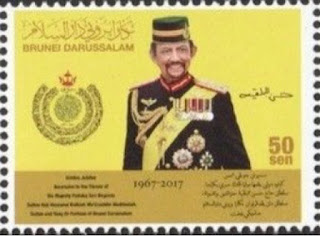 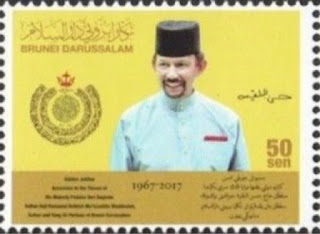 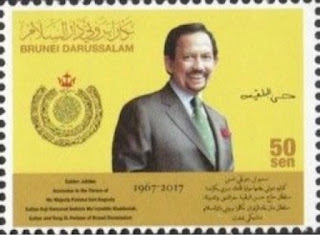 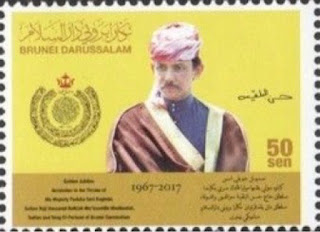 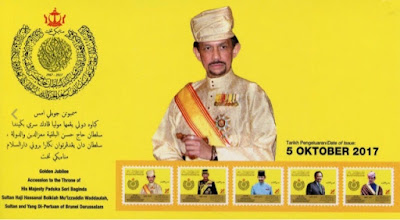