🇲🇹 MaltaPost will issue 3 stamps on 23 March 2018 as the sixth part of its ongoing 'Maritime Malta' series. The subject of this issue is 'Ships of the Order of St. John' and the set was designed by Sean Cini and lithographed by Printex and perforated 14. Rating:- ***. 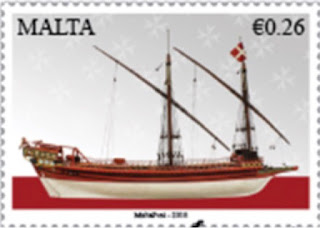 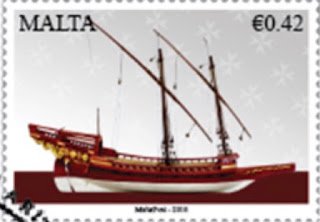 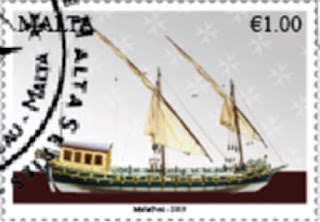 🇳🇿 New Zealand Post has now put on sale its 2017 Pack of Personalised stamp issues. The contents include 24 gummed and 15 self adhesive stamps and 2 booklets. The New Zealand Post website does not state the subject of every stamp in the pack and illustrates only 4 of the stamps, which New Zealand Post insists on calling 'labels' even though the items in the pack clearly fulfill the definition of a postage stamp since they are sold for use on mail not in restricted numbers and freely available to the mail-sending public (by the very fact of being sold in these packs to the public).
I always find these to be interesting items and worth splashing out on. Rating:- ***.
This gives New Zealand Post a year's total of 153 stamp products having been released by it during 2017 and pushes it up the 'Commonwealth's greediest stamp issuers' list of 2017 (see Blog 1186) from the 13th position to the 8th spot above, among others, Antigua And Barbuda, Jersey, Bangladesh and Isle Of Man. 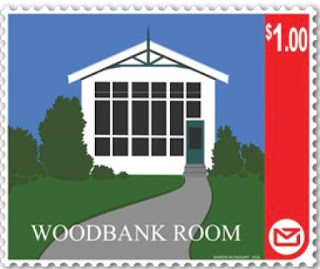 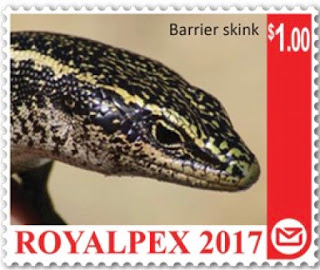 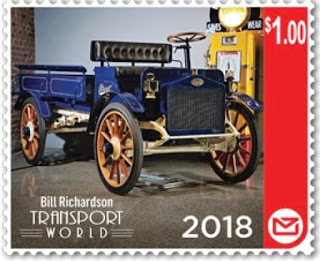 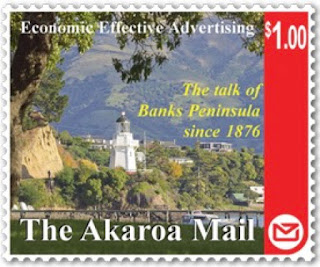 🇬🇧 Royal Mail will issue 2 se-tenant strips of 5 x 1st Class rate stamps on 11 May 2018 on the subject of Owls (and owlets) found in The United Kingdom. The featured species are the Barn Owl (which seems to have been depicted on almost as many British stamps as has The Queen herself), the Little Owl, the Tawny Owl, the Short eared Owl and the Long eared Owl. This is an attractive enough set but there is no obvious reason, as far as I can see, of why the subject should be chosen to be featured on British stamps at this particular moment. Perhaps it's International Owl Year or something like that. Rating:- **. 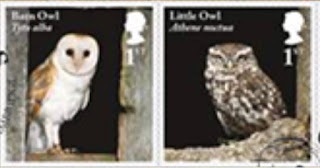 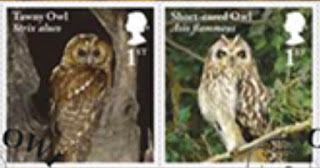 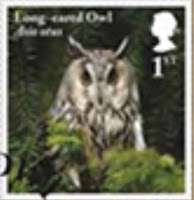 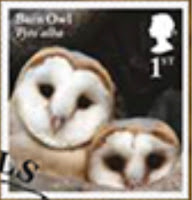 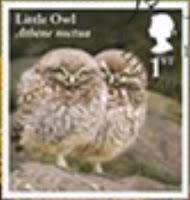 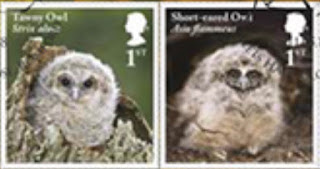 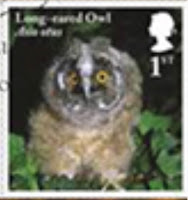