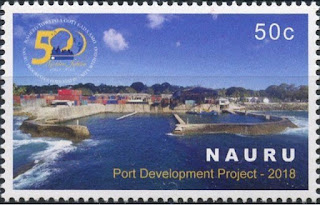 🇳🇷 Those of us who have been wondering about what has been happening in Nauru as regards its postal services in recent years now seem to have had our questions answered. It appears that there probably has not been a postal service at all which explains why we have seen no new postage stamps from that country since 2011.
In Nauru News, an internet publication of the Government of Nauru, it is announced that Nauru Post 'was opened as a corporate body ... (on 5 March) along with the release of a commemorative coin and pendant as part of the 50th Independence Day anniversary. At the opening event in front of the post office, His Excellency President Baron Waqa released the commemorative coin and was received by Madame Louisa Waqa. ..... A commemorative stamp for the 50th anniversary was also released during the Independence celebration at the State banquet on Wednesday 31January.... The Nauru Parliament enacted for the establishment on 1 March 2018 the Naoero Postal Services Corporation at a sitting of Parliament on 25 January 2018. At the opening of the new
post office President Waqa said the establishment of the new postal corporation will seek to enter into cooperation with other postal services and draw on best practices with postal organisations including Australia and Asia. The establishment of an efficient and comprehensive postal service in Nauru is very important internationally and from a domestic viewpoint.
The vision is to connect the Nauruan people and its culture internationally through an efficient post and philatelic services"
"Services are expected to expand to provide the sale of merchandise items, introduction of new stamps, passport photos and ID services, as well as promote Nauru's traditional handicraft items" ....
"Chairman of the new corporation Samuel Grundler reaffirmed his commitment through his mission statement that Nauru Post will bridge the gap between Nauruan communities and international communities through post and philatelic efforts. All three mementos are available for sale at the post office."
Unfortunately the article did not include an illustration of the new stamp (but the stamp is being offered for sale on E Bay and I can therefore illustrate it) but we do know now that the new Nauru Post has indeed issued the country's first new postage stamp for about 7 years. It also seems that should expect more stamp issues in the future. So .... watch this space!
Collectors will be hoping that the new Nauru Post will not be persuaded by one of the less respected philatelic agencies (we know who they are) to provide it with stamps and philatelic items as so many other postal services of small Pacific countries have allowed in recent years at the cost of the ruin of their philatelic reputations. 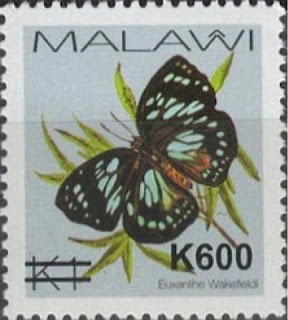 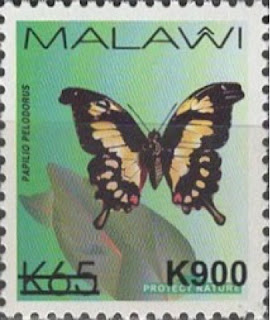 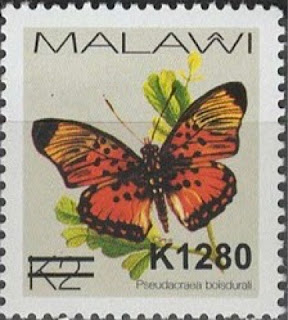 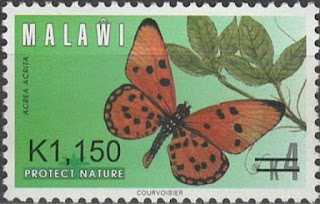 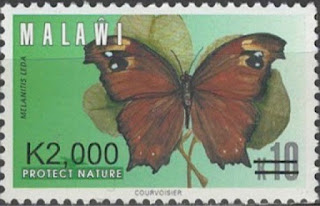 🇯🇪 Although Royal Mail seems to have recognised the growing futility of trying to keep exhausted and overwhelmed collectors interested in Post and Go stamps in general, and exhibition-related labels in particular, Jersey Post, ever hopeful of a quick financial gain, carries on undaunted.
Thus, while Royal Mail has ceased attending the Scottish Congresses, Jersey Post has annnounced that it will issue its Jersey Flag stamps with an additional inscription '89th Scottish Congress 2018'. The Congress will take place at the Dewars Centre in Perth on 20 and 21 April 2018 and Jersey Post
will have kiosk JE01 present at the exhibition. The kiosk will also dispense strips of the Visiting Naval Ships stamps but without an additional inscription. Rating:- 0.